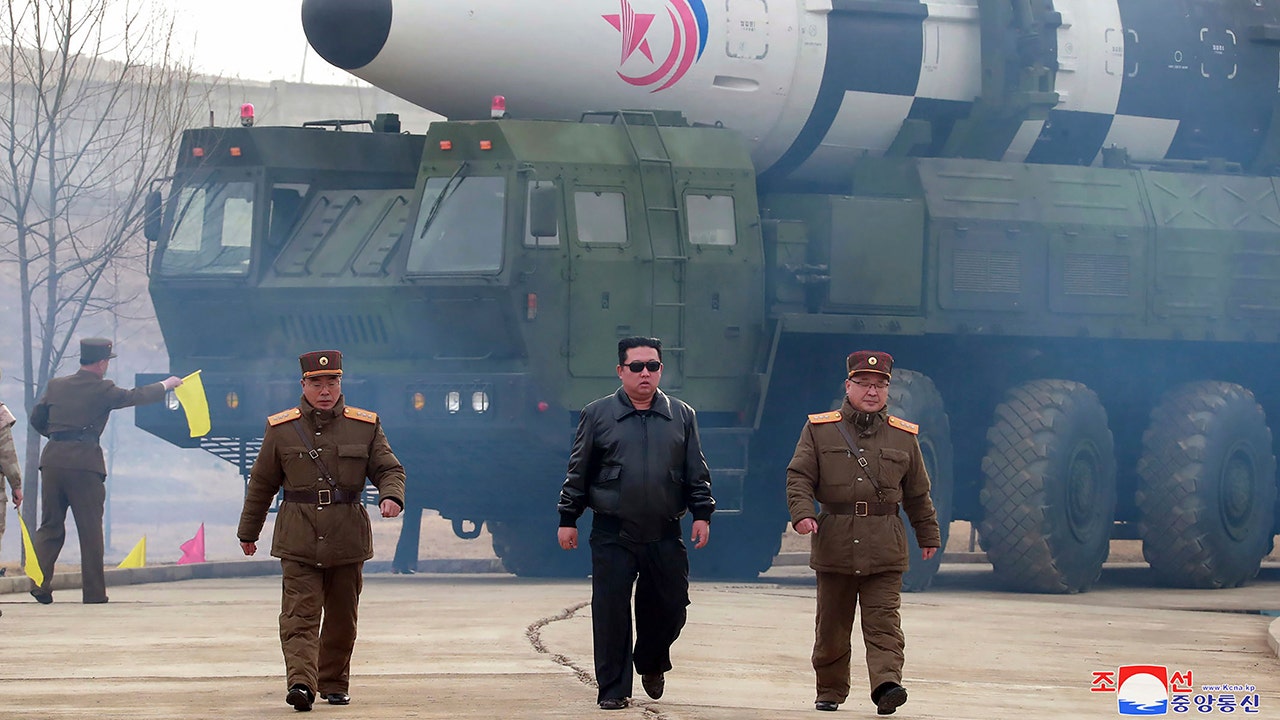 The statement suggests North Korea might perform additional launches or even test a nuclear device soon as it pushes to modernize its arsenal and increase pressure on the Biden administration while nuclear diplomacy remains stalled. Last Thursday, the North performed its 12th round of weapons tests this year, launching the newly developed, long-range Hwasong-17, which analysts say was designed to reach anywhere in the US mainland.

US SLAPS NEW SANCTIONS ON NORTH KOREA AFTER MISSILE TEST

During a photo session with scientists and others involved in the Hwasong-17 test, Kim expressed a resolve to build up the country’s attack capability to cope with threats, according to the official Korean Central News Agency.

This photo distributed by the North Korean government shows what it says a test-fire of a Hwasong-17 intercontinental ballistic missile (ICBM), at an undisclosed location in North Korea on March 24, 2022.
(Korean Central News Agency / Korea News Service via AP, File)

“Only when one is equipped with the formidable striking capabilities, overwhelming military power that can not be stopped by anyone, one can prevent a war, guarantee the security of the country and contain and put under control all threats and blackmails by the imperialists,” KCNA quoted Kim as saying.

Kim said North Korea will develop more “powerful strike means” and also expressed his conviction and expectation that his country will “more vigorously perfect the nuclear war deterrence of the country,” KCNA said.

In this photo distributed by the North Korean government, North Korean leader Kim Jong Un, center, walks around what it says a Hwasong-17 intercontinental ballistic missile (ICBM) on the launcher, at an undisclosed location in North Korea on March 24, 2022 .
(Korean Central News Agency / Korea News Service via AP, File)

North Korea said the Hwasong-17 flew to a maximum altitude of 6,248 kilometers (3,880 miles) and traveled 1,090 kilometers (680 miles) during a 67-minute flight before landing in waters between the Korean Peninsula and Japan. Outside experts said if the missile was fired on a standard trajectory, flatter than the steep test angle, it could fly as far as 15,000 kilometers (9,320 miles), enough to reach anywhere in the US mainland and beyond.

Believed to be about 25 meters (82 feet) long, the Hwasong-17 is the North’s longest-range weapon and, by some estimates, the world’s largest road-mobile ballistic missile system. Its size suggests the missile is meant to carry multiple nuclear warheads, given the North already has single-warhead ICBMs that could also hit most of the US

US-led diplomacy aimed at convincing North Korea to denuclearize in return for economic and political benefits has largely stalled since 2019. The Biden administration has urged North Korea to return to talks without any preconditions, but Pyongyang has responded Washington must drop its hostility first and has taken steps to expand his weapons arsenals.

People look at a copy of North Korea ‘newspaper Rodong Sinmun showing the report about the test-launch of a missile, at the Jonsung Station of Pyongyang Metro in Pyongyang, North Korea, on March 25, 2022.
(AP Photo / Cha Song Ho, File)

Some experts say Kim could soon conduct another ICBM launch, a launch of a satellite-carrying rocket or a test of a nuclear device as he works to perfect his weapons technology, dial up pressure on the United States and secure stronger internal royalty.

On Monday, South Korea reiterated a previous assessment that there are signs that North Korea is restoring previously demolished tunnels at its underground nuclear testing site. Lee Jong-joo, a spokesperson at Seoul’s Unification Ministry, said that a nuclear test by North Korea would pose “a serious threat” to international security and that the North must halt any related acts immediately and return to talks.

The Hwasong-17 liftoff was the North’s most serious weapons launch since it tested a previously developed ICBM in November 2017. Its last nuclear test, its sixth overall, was in September 2017. 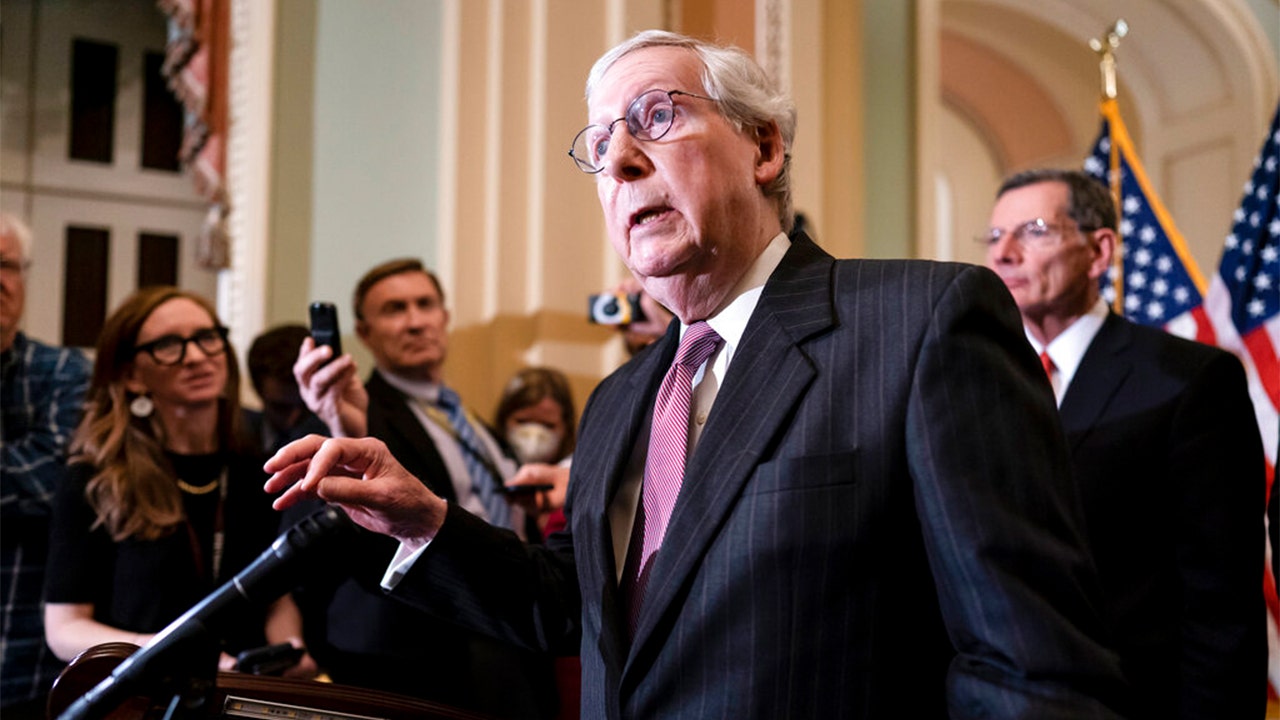 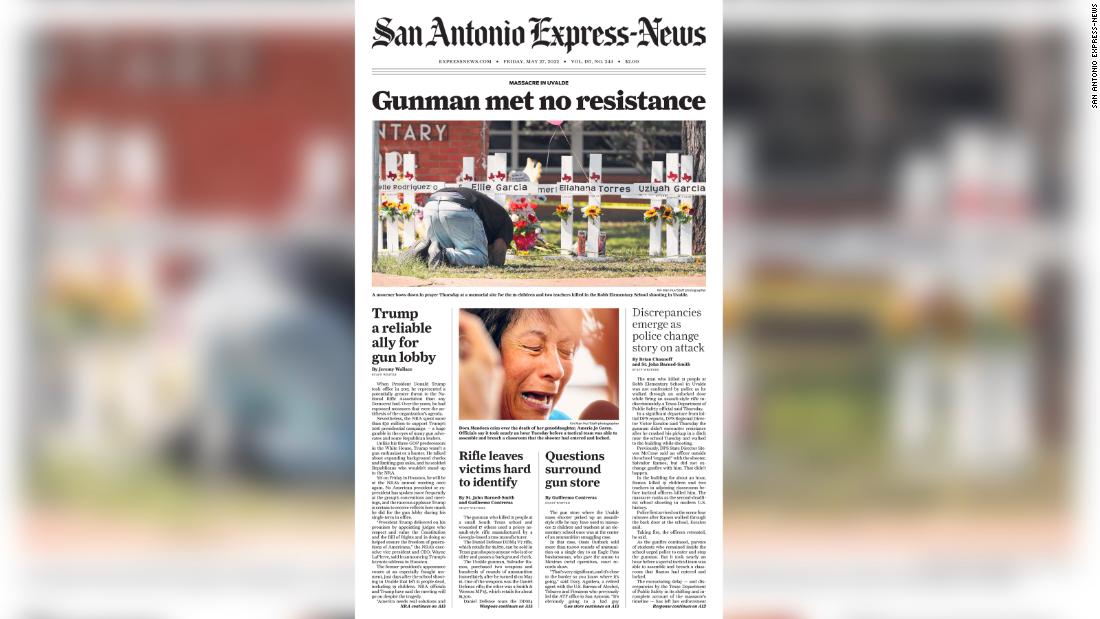 ‘Urgent questions’ about Uvalde massacre have not been answered, Texas newspaper editor says