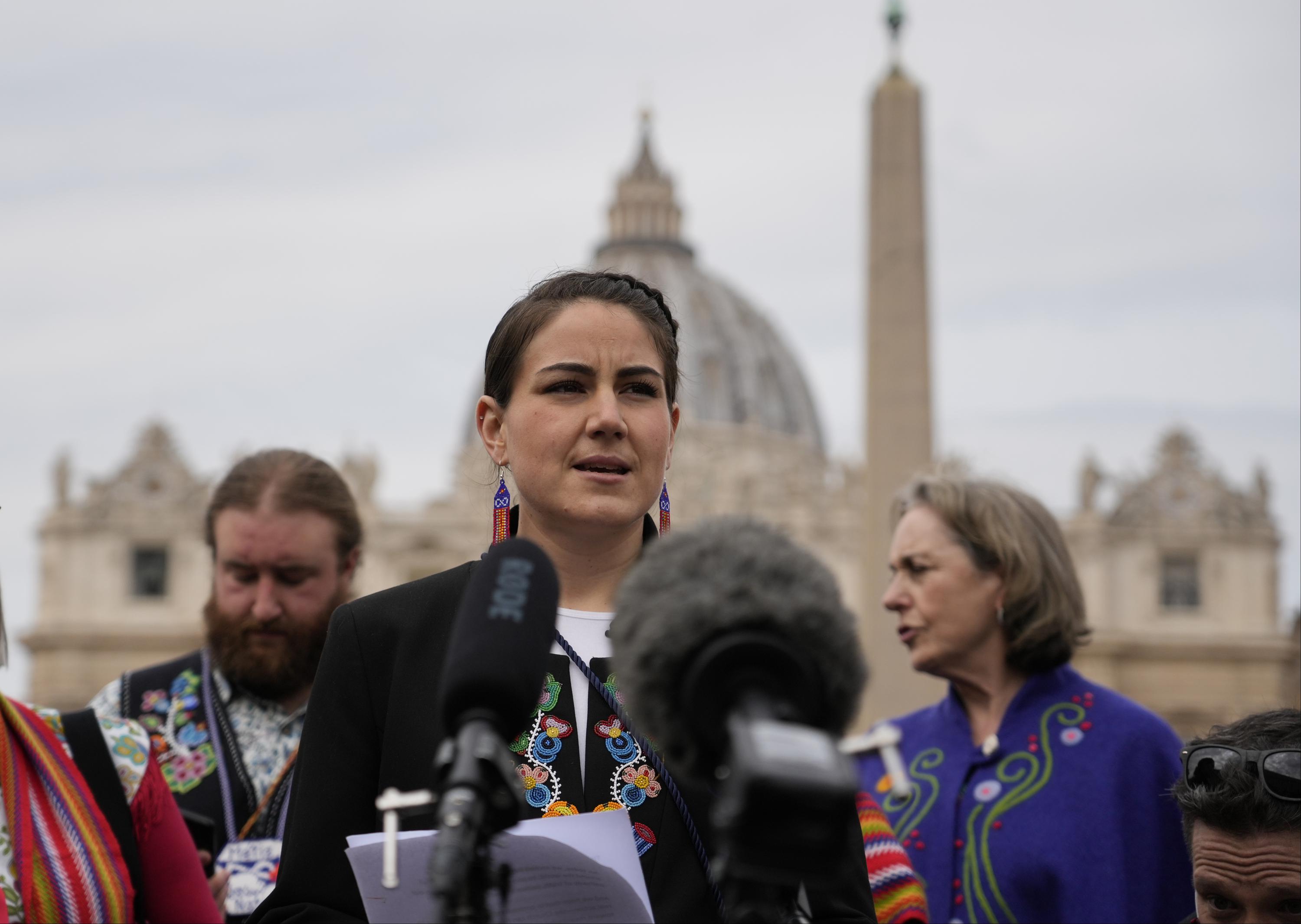 VATICAN CITY (AP) – Indigenous leaders from Canada and survivors of the country’s notorious residential schools met with Pope Francis on Monday and told him of the abuses they suffered at the hands of Catholic priests and school workers. They came hoping to secure a papal apology and a commitment by the church to repair the harm done.

“While the time for acknowledgment, apology and atonement is long overdue, it is never too late to do the right thing,” Cassidy Caron, president of the Metis National Council, told reporters in St. Louis. Peter’s Square after the audience.

This week’s meetings, postponed from December because of the pandemic, are part of the Canadian church and government efforts to respond to Indigenous demands for justice, reconciliation and reparations – long-standing demands that gained traction last year after the discovery of hundreds of unmarked graves outside some of the schools.

More than 150,000 native children in Canada were forced to attend state-funded Christian schools from the 19th century until the 1970s in an effort to isolate them from the influence of their homes and culture, and Christianize and assimilate them into mainstream society, which previous Canadian governments considered superior.

Francis set aside several hours this week to meet privately with the delegations from the Metis and Inuit on Monday, and First Nations on Thursday, with a mental health counselor in the room for each session. The delegates then gather Friday as a group for a more formal audience, with Francis delivering an address.

The encounters Monday included prayers in the Metis and Inuit languages ​​and other gestures of deep symbolic significance. The Inuit delegation brought a traditional oil lamp, or qulliq, that is lit whenever Inuit gather and stayed lit in the pope’s library throughout the meeting. The Inuit delegates presented Francis with a sealskin stole and a sealskin rosary case.

The Metis offered Francis a pair of red beaded moccasins, “a sign of the willingness of the Metis people to forgive if there is meaningful action from the church,” the group explained. The red dye “represents that even though Pope Francis does not wear the traditional red papal shoes, he walks with the legacy of those who came before him, the good, the great and the terrible.”

In a statement, the Vatican said each meeting lasted about an hour “and was characterized by desire on the part of the pope to listen and make room for the painful stories brought by the survivors.”

The Canadian government has admitted that physical and sexual abuse was rampant at the schools, with students beaten for speaking their native languages. That legacy of that abuse and isolation from family has been cited by Indigenous leaders as a root cause of the epidemic rates of alcohol and drug addiction on Canadian reservations.

Nearly three-quarters of the 130 residential schools were run by Catholic missionary congregations.

Last May, the Tk’emlups te Secwepemc Nation announced the discovery of 215 gravesites near Kamloops, British Columbia, that were found using ground-penetrating radar. It was Canada’s largest Indigenous residential school and the discovery of the graves was the first of numerous, similar grim sites across the country.

Caron said Francis listened intently Monday as three of the many Metis survivors told him their personal stories of abuse at residential schools. The pope showed sorrow but offered no immediate apology. Speaking in English, he repeated the words Caron said she had emphasized in her remarks: truth, justice and healing.

“I take that as a personal commitment,” Caron said, surrounded by Metis fiddlers who accompanied her into the square.

She said what needs to follow is an apology that acknowledges the harm done, the return of Indigenous artifacts, a commitment to facilitating prosecutions of abusive priests and access to church-held records of residential schools.

Canadian Bishop Raymond Poisson, who heads the Canadian Conference of Catholic Bishops, insisted the Vatican holds no such records and said they are more likely to be held by individual religious orders in Canada or at their headquarters in Rome.

Even before the grave sites were discovered, Canada’s Truth and Reconciliation Commission specifically called for a papal apology to be delivered on Canadian soil for the church’s role in the abuses. Francis has committed to traveling to Canada, though no date for such a visit has been announced.

“Primarily, the reconciliation requires action. And we still are in need of very specific actions from the Catholic Church, ”said Natan Obed, president of the Inuit Tapiriit Kanatami, who led the Inuit delegation.

He cited the reparations the Canadian church has been ordered to pay, access to records to understand the scope of the unmarked graves, as well as Francis’ own help to find justice for victims of a Catholic Oblate priest, the Rev. Johannes Rivoire, accused of multiple cases of sexual abuse who is currently living in France.

“We often as Inuit have felt powerless over time to sometimes correct the wrongs that have been done to us,” Obed said. “We are incredibly resilient and we are great at forgiving… but we are still in search of lasting respect and the right to self-determination and the acknowledgment of that right by the institutions that harmed us.”

As part of a settlement of a lawsuit involving the government, churches and the approximately 90,000 surviving students, Canada paid reparations that amounted to billions of dollars being transferred to Indigenous communities.

The Catholic Church, for its part, has paid over $ 50 million and now intends to add $ 30 million more over the next five years.

The Metis delegation made clear to Francis that the church-run residential school system, and the forced removal of children from their homes, facilitated the ability of Canada authorities to take indigenous lands while also teaching Metis children “that they were not to love who they are as Metis people, ”Caron said.

The Argentine pope is no stranger to offering apologies for his own mistakes and what he himself has termed the “crimes” of the institutional church.

During a 2015 visit to Bolivia, he apologized for the sins, crimes and offenses committed by the church against Indigenous peoples during the colonial-era conquest of the Americas. In Dublin, Ireland, in 2018, he offered a sweeping apology to those sexually and physically abused over generations.

That same year, he met privately with three Chilean sex abuse survivors whom he had discredited by backing a bishop they accused of covering up their abuse. In a series of meetings that echo those now being held for the Canadian delegates, Francis listened, and apologized. 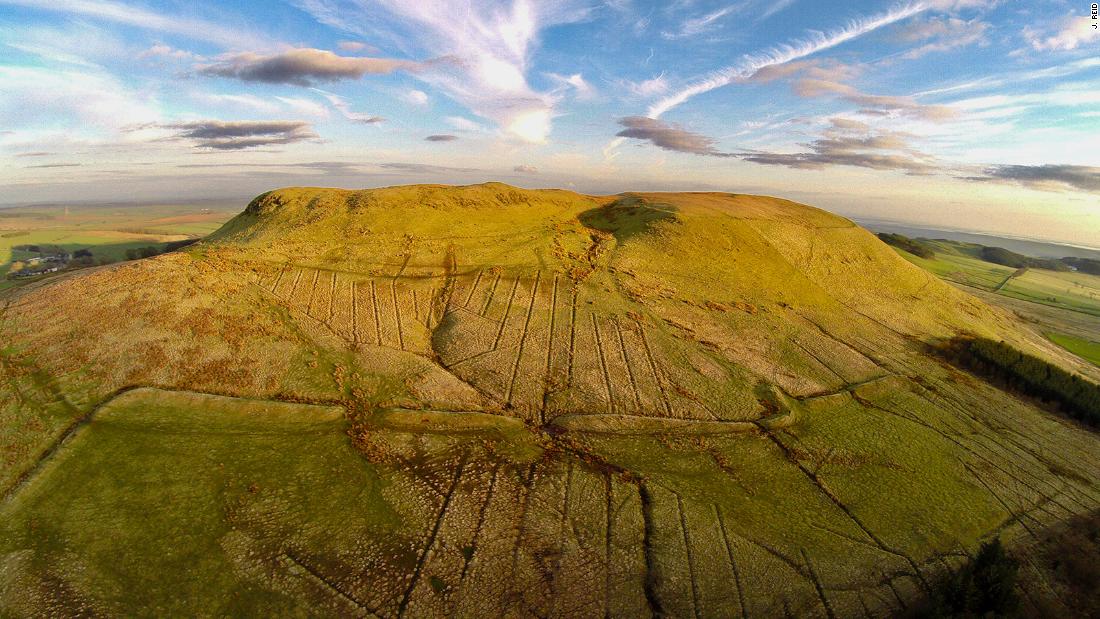