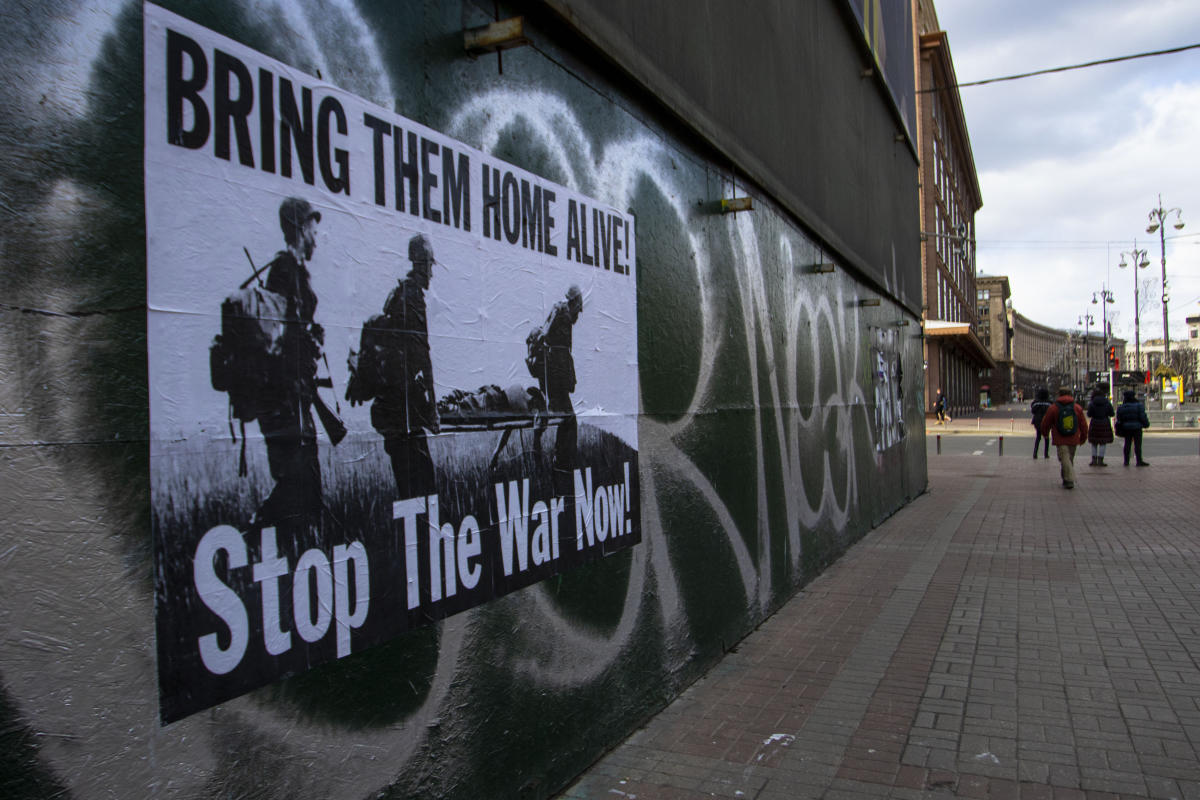 European markets started the week in the green as oil prices fell after parts of Shanghai entered a phased lockdown and Ukraine and Russia start their latest round of peace negotiations on Monday in Turkey.

The FTSE 100 (^ FTSE) shot up 0.5% at the open as investors watch out for a speech from Bank of England governor Andrew Bailey on Monday.

Ukrainian President Volodymyr Zelensky said he was willing to discuss “neutrality” in order to secure a peace deal with the Kremlin as the war enters a second month.

Across the pond, US benchmarks were mixed on Friday as traders grapple with the twin issue of inflation and the speed of the Federal Reserve’s interest rates hikes.

The yield on the benchmark 10-year note (^ TNX), a gauge of future interest rates, which moves inversely to its price and underpins borrowing costs worldwide, surged 2.5%, above a technical threshold that has served as a ceiling since the late 1980s.

Meanwhile, the yield on the five-year note rose above the 30-year as a key part of the Treasury bond curve inverted for the first time since 2006. The move suggests that investors are worried about the risk of an economic downturn as monetary policy tightens.

Richard Hunter, head of markets at Interactive Investor, said: “In the US, inflation numbers and the monthly non-farm payroll data are likely to underline the Federal Reserve’s current focus on the former, with the latter now implying an economy which is nearing full employment.

Indeed, having digested the initial interest rate rise, some are now calling for a more aggressive approach from the Fed in tackling soaring inflation. The possibility is now growing for 0.5% hikes at both the May and June meetings.

“From the Fed’s perspective, this remains a difficult balancing act. The economy seems to be on a recovery trajectory, but the Treasury yield curve in the US is getting close to inversion. This implies concerns that there may be an overshoot on hiking rates, which could result in an unwanted Fed-induced recession. “

It comes as President Joe Biden is expected to announce a tax aimed at billionaires in America as part of his 2023 budget plan later on Monday.

Overseas markets were mixed overnight as the lockdown in Shanghai, a key financial and manufacturing hub damped the mood in Asia. The MSCI’s broadest index of Asia-Pacific shares excluding Japan dropped 1.1%.