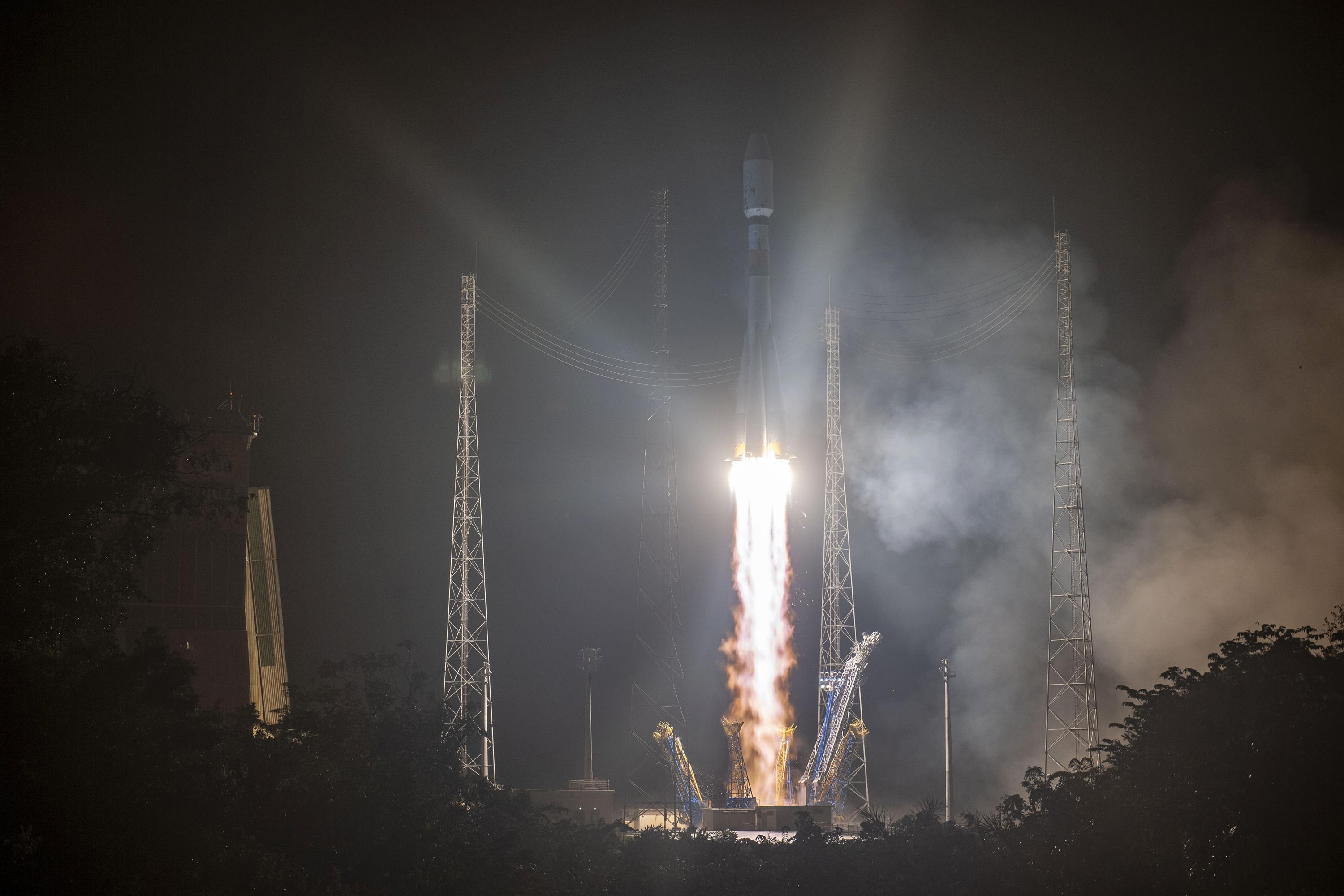 PARIS (AP) – Without Russian help, climate scientists worry how they’ll keep up their important work of documenting warming in the Arctic.

Europe’s space agency is wrestling with how its planned Mars rover might survive freezing nights on the Red Planet without its Russian heating unit.

And what of the world’s quest for carbon-free energy if 35 nations cooperating on an experimental fusion-power reactor in France can not ship vital components from Russia?

In scientific fields with profound implications for mankind’s future and knowledge, Russian President Vladimir Putin’s war in Ukraine is causing a swift and broad decaying of relationships and projects that bound together Moscow and the West. Post-Cold War bridge-building through science is unraveling as Western nations seek to punish and isolate the Kremlin by drying up support for scientific programs involving Russia.

The costs of this decoupling, scientists say, could be high on both sides. Tackling climate change and other problems will be tougher without collaboration and time will be lost. Russian and Western scientists have become dependent on each other’s expertise as they have worked together on conundrums from unlocking the power of atoms to firing probes into space. Picking apart the dense web of relationships will be complicated.

The European Space Agency’s planned Mars rover with Russia is an example. Arrays of Russian sensors to sniff, scour and study the planet’s environment may have to be unbolted and replaced and a non-Russian launcher rocket found if the suspension of their collaboration becomes a lasting rupture. In that case, the launch, already scrubbed for this year, could not happen before 2026.

“We need to untangle all this cooperation which we had, and this is a very complex process, a painful one I can also tell you,” the ESA director, Josef Aschbacher, said in an Associated Press interview. “Dependency on each other, of course, also creates stability and, to a certain extent, trust. And this is something that we will lose, and we have lost now, through the invasion of Russia in Ukraine. ”

International indignation and sanctions on Russia are making formal collaborations difficult or impossible. Scientists who became friends are staying in touch informally but plugs are being pulled on their projects big and small. The European Union is freezing Russian entities out of its main 95 billion euro ($ 105 billion) fund for research, suspending payments and saying they’ll get no new contracts. In Germany, Britain and elsewhere, funding and support is also being withdrawn for projects involving Russia.

In the United States, the Massachusetts Institute of Technology severed ties with a research university it helped establish in Moscow. The oldest and largest university in Estonia will not accept new students from Russia and ally Belarus. The president of the Estonian Academy of Sciences, Tarmo Soomere, says the breaking of scientific connections is necessary but also will hurt.

Russian scientists are bracing for painful isolation. An online petition by Russian scientists and scientific workers opposed to the war says it now has more than 8,000 signatories. They warn that by invading Ukraine, Russia has turned itself into a pariah state, which “means that we can not normally do our work as scientists, because conducting research is impossible without full-fledged cooperation with foreign colleagues.”

The growing estrangement is being pushed by Russian authorities, too. An order from the Science Ministry suggested that scientists no longer need bother getting research published in scientific journals, saying they’ll no longer be used as benchmarks for the quality of their work.

Lev Zelenyi, a leading physicist at the Space Research Institute in Moscow who was involved in the now-suspended collaboration on the ExoMars rover, described the situation as “tragic” and said by email to the AP that he and other Russian scientists must now ” learn how to live and work in this new non-enabling environment. ”

On some major collaborations, the future is not clear. Work continues on the 35-nation ITER fusion-energy project in southern France, with Russia still among seven founders sharing costs and results from the experiment.

ITER spokesman Laban Coblentz said the project remains “a deliberate attempt by countries with different ideologies to physically build something together.” Among the essential components being supplied by Russia is a massive superconducting magnet awaiting testing in St. Petersburg. Petersburg before shipment – due in several years.

Researchers hunting for elusive dark matter hope they’ll not lose the more than 1,000 Russian scientists contributing to experiments at the European nuclear research organization CERN. Joachim Mnich, the director for research and computing, said punishment should be reserved for the Russian government, not Russian colleagues. CERN has already suspended Russia’s observer status at the organization, but “we are not sending anyone home,” Mnich told the AP.

In other fields as well, scientists say Russian expertise will be missed. Adrian Muxworthy, a professor at London’s Imperial College, says that in his research of the Earth’s magnetic field, Russian-made instruments “can do types of measurements that other commercial instruments made in the West can not do.” Muxworthy is no longer expecting delivery from Russia of 250 million-year-old Siberian rocks that he had planned to study.

In Germany, atmospheric scientist Markus Rex said the year-long international mission he led into the Arctic in 2019-2020 would have been impossible without powerful Russian ships that bust through the ice to keep their research vessel supplied with food, fuel and other essentials. The Ukraine invasion is stopping this “very close collaboration,” as well as future joint efforts to study the impact of climate change, he told the AP.

“It will hurt science. We are going to lose things, ”Rex said. “Just lay out a map and look at the Arctic. It is extremely difficult to do meaningful research in the Arctic if you ignore that big thing there that is Russia. ”

“It really is a nightmare because the Arctic is changing rapidly,” he added. “It will not wait for us to solve all of our political conflicts or ambitions to just conquer other countries.”

Frank Jordans in Berlin, Jamey Keaten in Geneva and other AP journalists contributed to this report.