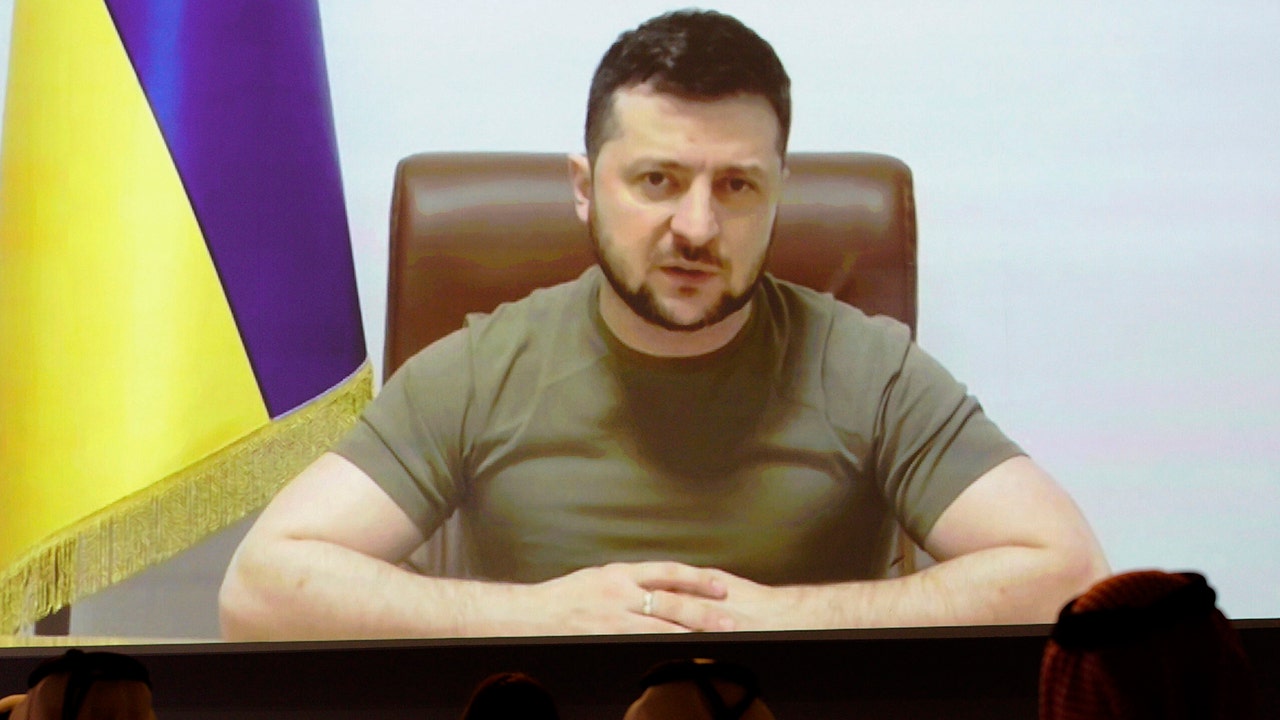 Ukrainian President Volodymyr Zelenskyy gave a virtual speech Saturday during Qatar’s Doha Forum, where he criticized Russia’s ongoing aggression and called on the international community to do more to help.

Zelenskyy also compared the Russian attack on the port city of Mariupol to the Russian bombing of Aleppo during the Syrian War, where over 400 people died.

The international impact of the Russia-Ukraine War was a theme the Ukrainian president repeated throughout his remarks. He also called on international countries to increase exports from the Ukraine, specifically their export of energy.

“The future of Europe rests with your efforts,” he said.

ZELENSKYY SHOULDN’T BE PRESSURED TO ‘CAVE IN’: CHINA EXPERT

Zelenskyy also called on the United Nations to do more to intervene to prevent further aggression as a Russian nuclear threat looms.

“Russia is deliberately bragging they can destroy with nuclear weapons, not only a certain country but the entire planet,” he said. “We have to ensure this sacred month of Ramadan is not overshadowed by the misery of people in Ukraine.”

Sheikh Tamim bin Hamad Al Thani, the keynote speaker, instead focused his comments on the Qatar-Israel relationship and the latter country’s treatment of Palestinian people.

“Similarly, there are a lot of other people, such as the Syrian people and the Afghan people, for whom the international community has failed to render justice,” Sheikh Tamim said.