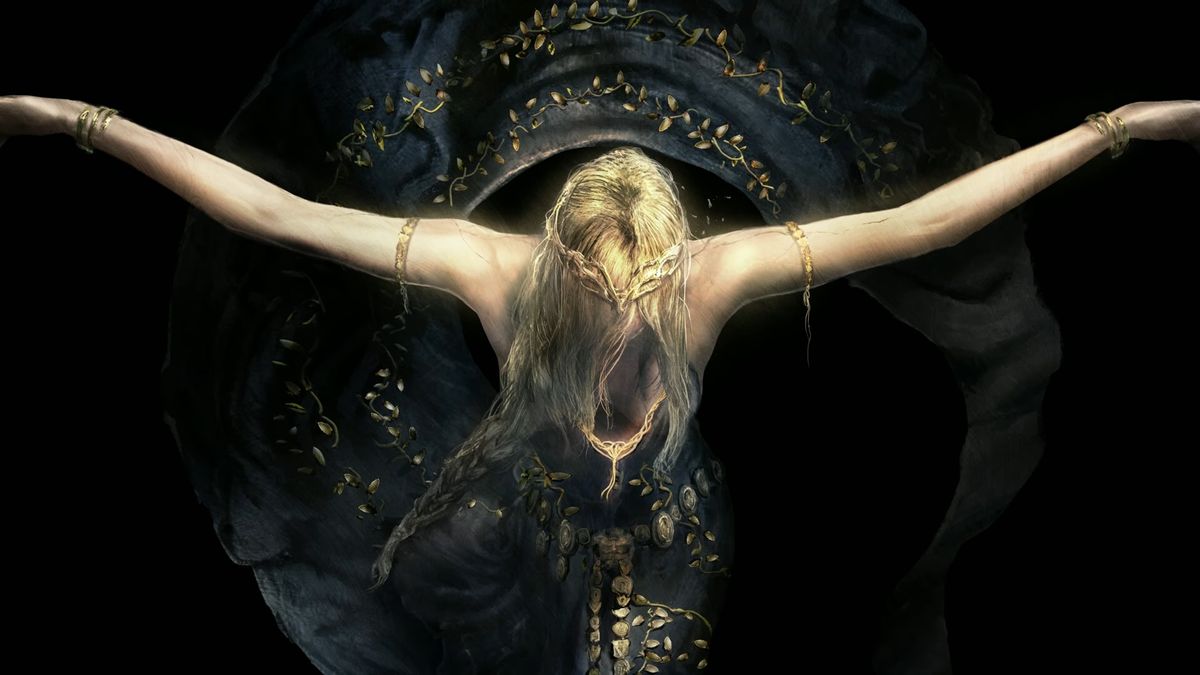 Elden Ring is the most welcoming game in the increasingly broad Souls franchise, but it’s still capable of the same punishment that FromSoftware’s previous games are known for. Where the likes of Dark Souls 3, Bloodborne, and Sekiro: Shadows Die Twice hid their most daunting challenges in DLC and add-on content, Elden Ring pushes most of its nightmares to the depths and edges of its world, safely tucked away as optional content reserved for players looking to test themselves. Meanwhile, the Lands Between gives you plenty of space to pursue greener pastures if you find yourself stuck on one boss. Elden Ring’s critical path feels comparatively tame as a result – that is, until you get to the end, when FromSoftware takes the gloves off and throws you right into the boss rush blender.

Death (and spoilers) ahead

The last act of Elden Ring reminds me of the final mission of Metro Exodus. In both cases, we see games shed their newfound open-world approach and double down on the more linear encounters that their franchises are known for. For Metro Exodus, that’s underground shootouts in abandoned tunnels. For Elden Ring, that’s boss after boss putting you on the ass end of an ass-kicking with absolutely no breaks.

You can practically hear FromSoftware crack its knuckles as you burn the Erdtree then head to Farum Azula and onto the ashen capital of Leyndell. Remember that comforting openness that made previous bosses less intimidating? The knowledge that you can always go somewhere else, get stronger, and come back feeling better prepared? Yeah, that’s gone. There is nowhere else. Here’s a stick to bite down on. Oh, and here’s Maliketh, Godfrey, Radagon, and the Elden Beast, the hardest collection of bosses in the entire game, back-to-back for a WWE Smackdown. In this analogy, you’re not even the underdog contender; you’re the steel chair these monsters would normally use to beat the stupid out of each other.

It’s not that Elden Ring completely cuts you off from the outside world. If you have any unfinished content kicking around, you can keep exploring after you burn the Erdtree, but the scope of the world is deliberately dialed in for the big climax. Farum Azula is less of a region and more of a dungeon, and hilariously enough, its other boss is a two-headed dragon the size of Texas. How’s that for a relaxing change of pace? Likewise, Leyndell essentially becomes a funnel leading you to the final bosses. It’s like you’re on a 50-lane freeway that’s about to merge into one lane. You can cut over or slow down, but you can not turn around.

By the time I got to Farum Azula, I’d done absolutely everything else. I’d finished the NPC quests that interested me, secured my desired ending (Ranni’s, obviously), and maxed out all of my gear. I’d reached level 159 without an ounce of grinding, and at that point you really only level up after getting a big payout from a boss. Every corner of my map was filled with the Sites of Grace I’d discovered. It was only a matter of time before I ran out of somewhere elses to try instead, and that time had come. There was nothing left but the pain train.

At this point, I miss Caelid

In a vacuum, I do not think any of these bosses are harder than the legendary name-takers in FromSoftware’s previous games, but they’re an enormous hurdle altogether, and running into them all at once after such a long and relatively chill journey makes it so much more jarring. Most Souls games end with a punishing boss, or at worst two. But four? At least Sekiro had the decency to put some distance between the likes of the Demon of Hatred and Isshin the Sword Saint, and besides, I knew what I signed up for with that game. The elite four of Elden Ring are a more devious surprise, and an unflinching reminder of how FromSoftware operates.

To put it mildly, these four are not easy. With the exception of Malenia – the hardest boss FromSoftware’s ever made, for my money, and likely one of the only optional bosses you’ll have left at this point in the game – I’d say they’re among the hardest bosses in Elden Ring. The Elden Beast is a more straightforward, smack-its-ankles behemoth, but it’s got some frankly busted spells up its sleeve. Maliketh, Godfrey, and Radagon have uniquely brutal abilities of their own, and their unbridled aggression forces you to play extremely carefully.

You’ve still got spirits and players available to help you here, but the final bosses of Elden Ring counter a lot of the tactics that can carry you through the rest of the game. Radagon can straight-up negate a lot of spells and dish out a lethal parry in response, plus his constant teleports often prohibit ranged play. On top of that, most of his attacks deal massive, staggered AoE, so you can not comfortably dodge anywhere in his field of view. Godfrey is an even bigger dodge punisher. His massive shockwaves and purposefully slowed grab animations demand some of the tightest timing in FromSoftware’s entire wheelhouse, and he’ll eviscerate you for a single mistimed roll. Maliketh, my favorite boss, is similar in that one hit from his bloody blade can trap you in a lethal combo or burn you down to cinders. Trading blows is off the table, and good luck finding a quiet moment to heal.

I stand by Elden Ring being more approachable than FromSoftware’s other games, but my last few hours with it took more out of me than the previous 100. It’s like FromSoftware was holding back their toughest leg-breakers all game, then they sent all of them to your front door to collect right as you approached the finish line. The adventure has officially stopped; now it’s time for the final exam. I do not know if it was just open-world fatigue compounded by the mental toll of spending 100 hours in FromSoftware’s madhouse, but that last act hit me harder than the conclusion of any other Souls game, and I’ve played ’em all . It’s the most draining experience I’ve had with a game in ages. I felt like I needed a cigarette and a vacation after watching the credits roll – and I do not even smoke, plus I just took a vacation to play Elden Ring. And god help me, I’ll probably do it all again.