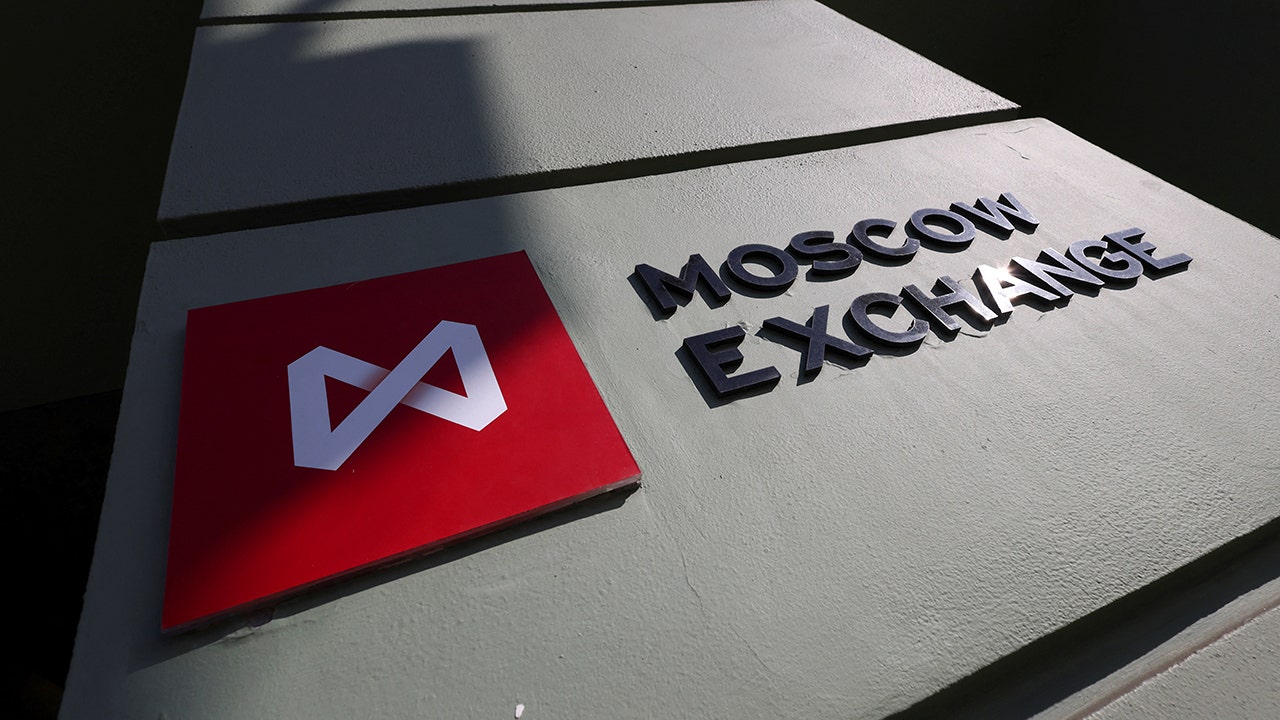 Here are your FOX Business Flash top headlines for March 25.

Russia’s Central Bank announced Saturday it would allow full trading of all Russian shares on the Moscow Exchange starting Mar. 28 after limiting activity for almost a month.

State-aligned media outlet RIA reported that the Central Bank has decided to conduct trading of Russian shares, corporate bonds and regional and municipal bonds. Trading will occur between 9:30 am and 2 pm Moscow time.

Foreign share and bond trading will occur during a longer window, from 9:30 am to 7 pm Moscow time.

A board with the logo is on display outside the office of the Moscow Exchange in the capital city of Moscow, Russia, March 24, 2022. | Reuters Photos

KUDLOW: PUTIN IS A WAR CRIMINAL, KILLER AND A CROOK

Limited trading resumed this past week for 33 of 50 companies, including state-owned gas producer Gazprom and oil company Rosneft.

The reopening of stock trading on the Moscow Exchange has little impact on investors outside Russia. Its market capitalization is a fraction of that of major Western or Asian markets.

Hundreds of US, European and Japanese companies have pulled out of Russia.

Russia has seen bank runs and panic buying of sugar and other staples as the exchange rate of Russia’s ruble has tumbled.

The ruble has recovered some of its lost value, with $ 1 equal to around 102 RUB. The exchange rate prior to the invasion saw $ 1 equal to roughly 83.53 RUB, with the peak at around 139 RUB.

Russia also faced the danger of sovereign default but avoided that particular hurdle with a debt payment of roughly $ 117 million. Credit rating agency Moody’s earlier this month put Russia on the second-lowest rung on the credit ladder, just above default.

FOX Business’ Ken Martin and The Associated Press contributed to this report.