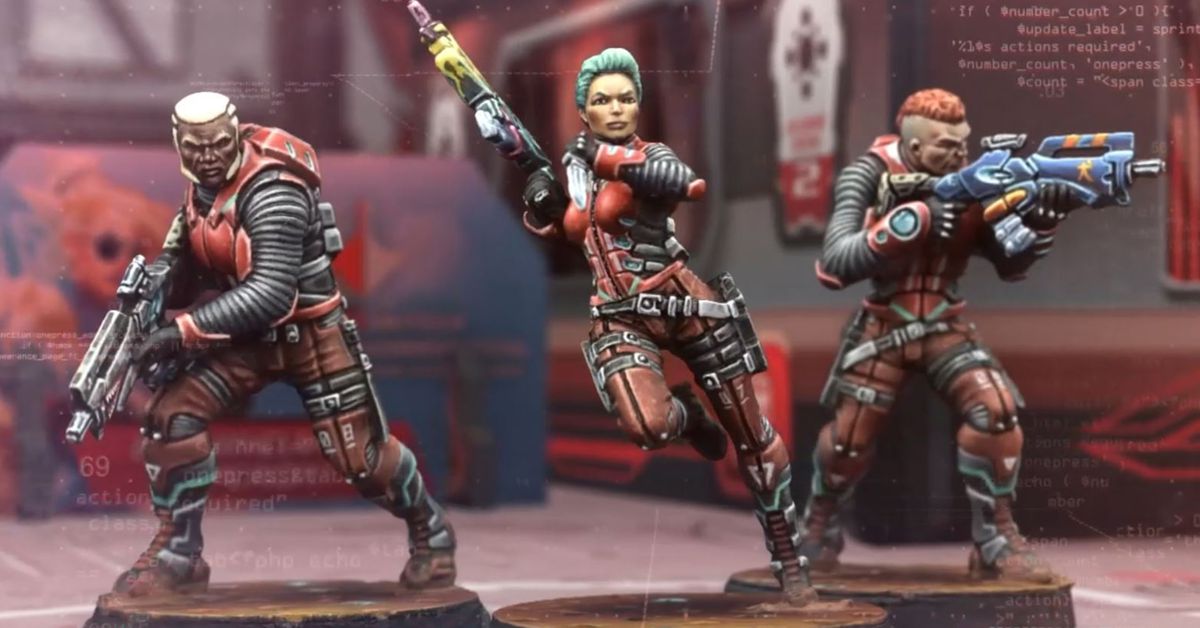 On Tuesday, Corvus Belli announced two new products set in an all-new fantasy universe. The first is a dungeon crawler called Warcrow Adventuresand the second is a full-fledged tabletop wargame called Warcrow. Both are expected to arrive in 2023.

The Spanish game developer and publisher is best known for its anime-inspired science fiction skirmish game Infinity. It relies on a well-regarded ruleset that emphasizes fluid, active gameplay and a surprisingly nuanced line-of-sight system. Warcrow Adventures will be quite a departure. In a news release, Corvus Belli said it “has a completely new rules engine and is completely different from anything developed so far by” by the company.

No details were given about the look and feel of the game. Only a brief animation was offered, and we’ve embedded it above. The news release indicates that the world of Warcrow will have a “classic fantasy atmosphere” and include elves, humans, dwarves, and orcs, as well as completely new races invented by Corvus Belli. Like with many recent releases by the company, the miniatures will be made of plastic instead of metal.

Warcrow Adventures will arrive on Kickstarter “at the end of the year,” Corvus Belli said, with Warcrow arriving in 2023 and supported with monthly releases of additional miniatures.