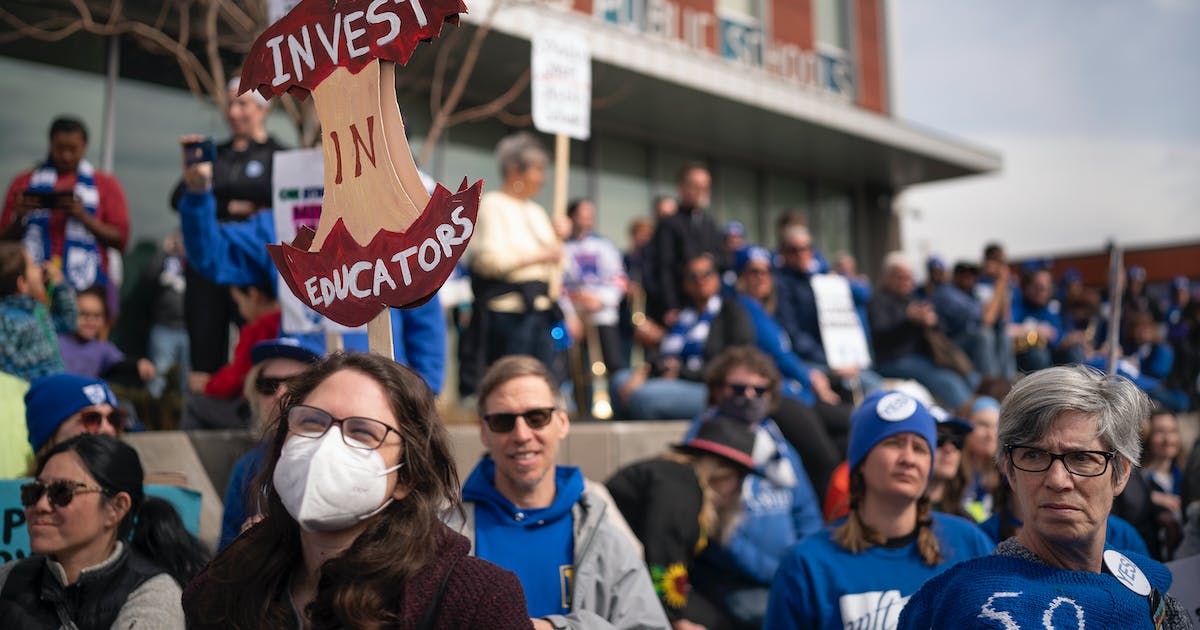 Minneapolis Public Schools and its teachers and support staff have reached tentative contract agreements that could end the strike that has shuttered schools for weeks.

The school district and the union both announced the news early Friday, and said they would share more details about the agreement at news conferences at 9 am and 1 pm

Students may return to class as soon as Monday, pending a union vote on the contract, the district said. The union said a return-to-work agreement has yet to be finalized

A news release from the Minneapolis Federation of Teachers said the union will hold a ratification vote this weekend on the tentative agreement.

“Details will be coming out shortly, but it is important to note that major gains were made on pay for Education Support Professionals, protections for educators of color, class size caps and mental health supports,” the union said in its news release.

The strike began March 8, after months of stalled contract negotiations between the Minneapolis Federation of Teachers and Minneapolis Public Schools district officials.

The district’s 28,700 students have not had classes since then and many families have scrambled to find daycare and other activities for children – just the latest twist in an uncertain school year.

During negotiations, the union sought higher wages for teachers and education support professionals, class-size caps, and additional mental health supports for students, among other things.

But the district, which is projecting a $ 21.5 million budget shortfall in fiscal year 2022-2023, said it could not afford everything the teachers sought.

The two parties exchanged multiple proposals during the strike. The discussions sometimes grew tense and a school board member resigned citing broken trust.

The union organized pickets outside schools each weekday morning, and also held rallies around Minneapolis and at the state Capitol. Groups of students also held sit-ins to support the educators.

The strike is the Minneapolis district’s first since 1970.

A teachers strike was also planned in St. Paul this spring, but was averted when the district and the St. Paul Federation of Educators came to a last-minute deal. That tentative agreement has been ratified by the union membership, but still awaits board approval.

Check back with StarTribune.com for more on this developing story.