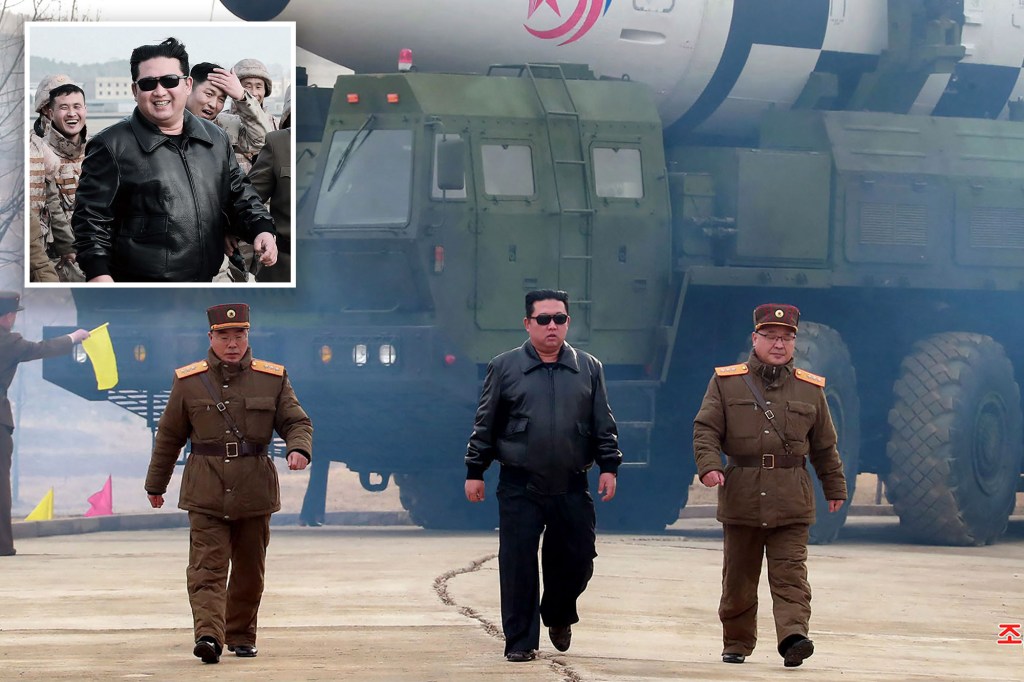 The diminutive despot assumed a larger-than-life role in Pyongyang’s slick production – sporting a shiny leather jacket and slick aviator shades as he oversaw the first launch of the Hwasong-17 on Thursday.

The ’80s-inspired soundtrack quickens as the video cuts back and forth between Kim and the officers glancing at their watches – before the strongman removes his sunglasses.

He then gazes dramatically into the camera and gives a subtle nod to begin the launch sequence.

An officer yells into a phone, a soldier waves a flag and several rogue regime troops begin screaming in a command trailer as the countdown begins.

“Fire!” one of Kim’s men shouts, prompting the launch button to be pushed.

The missile flies skyward, spewing red flames and thick smoke, as Kim and his entourage raise their hands in triumph.

In the next scene, a smiling Kim is seen strolling shoulder to shoulder with soldiers clad in desert-style combat uniforms and body armor.

The Korean Central News Agency said the Hwasong-17, which was first unveiled in October 2020, reached a maximum altitude of 3,880 miles and flew 680 miles in 67 minutes before crashing into Japanese waters.

Kim previously gained viral fame when he rode a white horse up the sacred Mount Paektu in October 2019.

His father and predecessor, Kim Jong Il, was an avid movie fan who in 1978 ordered the kidnapping of a South Korean director and an actor to help develop the Hermit Kingdom’s cinema industry, according to the Guardian. 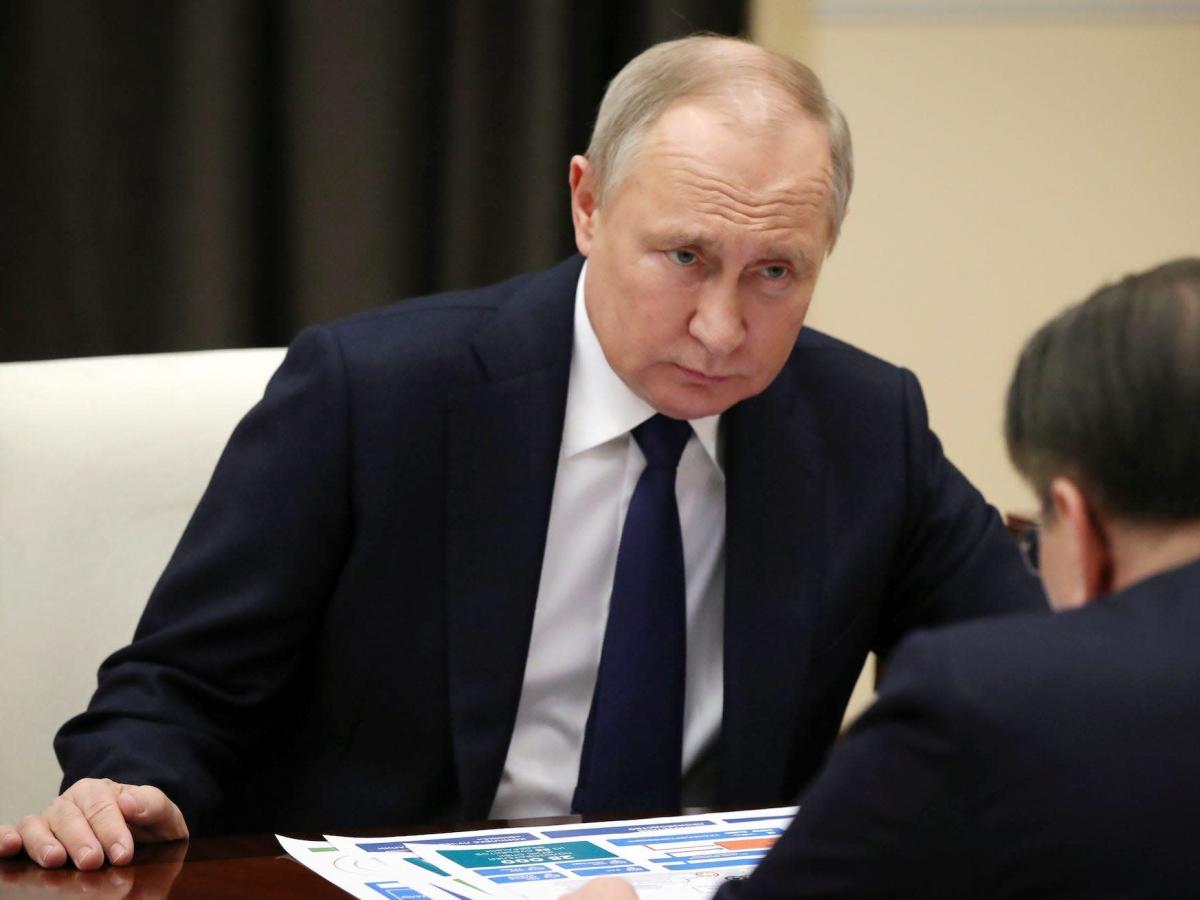