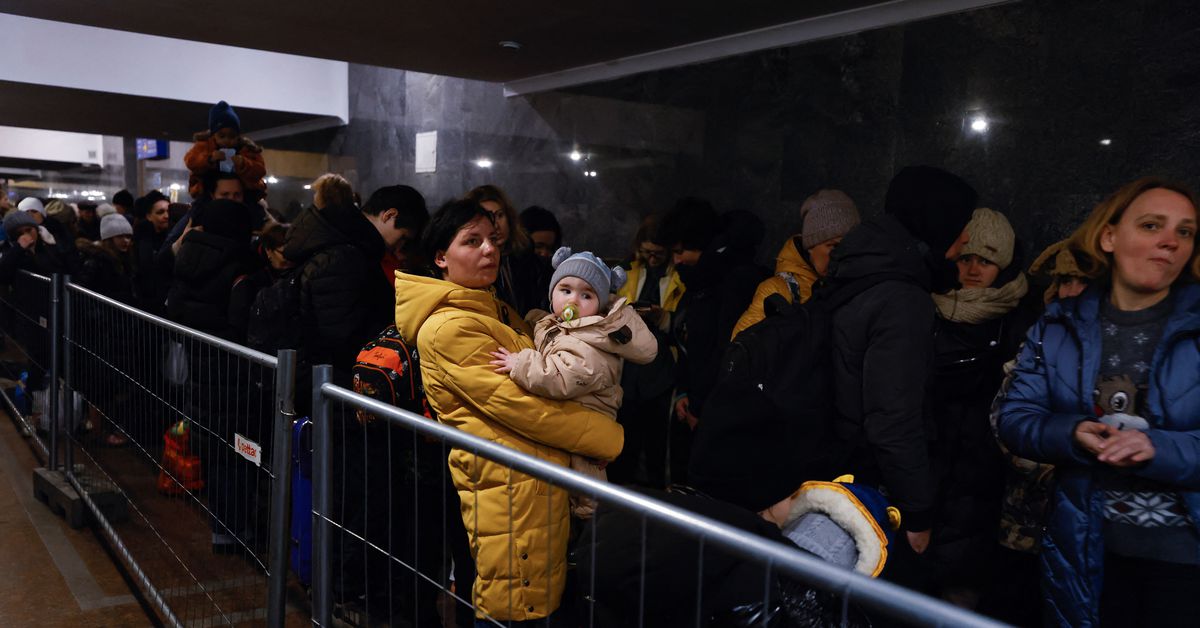 BRUSSELS / WASHINGTON, March 24 (Reuters) – The United States plans to accept up to 100,000 Ukrainians fleeing Russia’s invasion, the Biden administration announced on Thursday, after a month of bombardments touched off Europe’s fastest-moving refugee crisis since the end of World War Two.

The announcement coincided with US President Joe Biden’s meeting with European leaders in Brussels on Thursday to coordinate the Western response to the crisis.

More than 3.5 million people have fled since Russia invaded Ukraine on Feb. 24, according to the United Nations, straining support systems in the neighboring European countries receiving them.

Russia calls the assault on Ukraine a “special operation.”

The Biden administration said in a statement it would use “the full range of legal pathways,” including the refugee resettlement program, for Ukrainians seeking to come to the United States.

Before the crisis erupted in Ukraine, Biden launched the nation’s largest US resettlement program since the Vietnam War by accepting 800,000 Afghans after US troops left Afghanistan following 20 years of war.

Now he has said the United States would welcome Ukrainians fleeing war, but administration officials have said they believe most will want to stay in Europe where they can travel visa-free and have family and friends.

Eastern European countries, most notably Poland, have received hundreds of thousands of people escaping the Russian shelling of cities and towns across Ukraine. Those countries want additional assistance from other nations to take in refugees, with the European Union set to discuss “fair burden sharing.” read more

The United States has also allocated billions of dollars in economic aid to fleeing Ukrainians and countries hosting them.