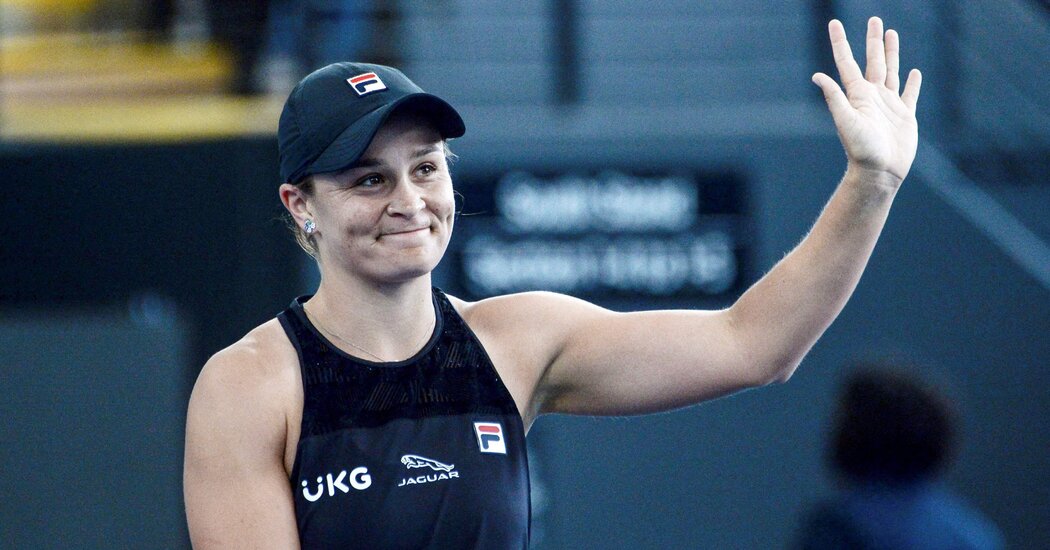 At the top of her sport, Ashleigh Barty is retiring from tennis.

In a stunning move, Barty, the No. 1-ranked women’s player who won her country’s major tournament, the Australian Open, in January, announced on Wednesday that she was leaving tennis for other pursuits.

“It was hard,” she said of her decision. “But it’s right and I know, and that brought me a lot of comfort knowing that this is right for me. But I’m very excited. ”

Barty, who turns 26 next month, posted a video to Instagram announcing her decision through a conversation with her compatriot Casey Dellacqua, a retired player, one of her closest friends and her former doubles partner. Barty said she also would hold a news conference.

“I’m so grateful to everything that tennis has given me – it’s given me all of my dreams, plus more – but I know that the time is right now for me to step away and chase other dreams and to put the rackets down. ”

It was the third time that Barty had stepped away from professional tennis but the first time that she had announced her retirement. In 2014, at age 17, when she was already one of the top doubles players, she took an indefinite break from the tour. She was depressed and weary of the travel and the pressures generated by early success. During that 17-month hiatus, she played professional cricket, but with encouragement from Dellacqua she returned to tennis in early 2016 reinvigorated and began her climb to the summit under the guidance of a new coach, Craig Tyzzer, an experienced and unflappable Australian.

Barty also took an 11-month break from the tour at the onset of the pandemic, remaining in Australia instead of traveling to tournaments abroad even after the tour’s five-month hiatus ended in August 2020.

But her surprise retirement announcement, coming with the tour back in full swing and shortly after her triumph in Melbourne, is clearly a decision that she has considered at length and made from a position of strength.

“There was a perspective shift in me in the second phase of my career that my happiness was not dependent on the results and success for me is knowing that I’ve given absolutely everything, everything I can,” Barty told Dellacqua. “I’m fulfilled. I’m happy. ”

Barty’s victory at the Australian Open was a tour de force. She did not drop a set in seven matches, coolly navigating the pressure to become the first Australian to win the Australian Open singles title in 44 years. Typically poker-faced on the court, Barty made it clear just how much the achievement meant to her by howling with delight after finishing off her victory in the final against Danielle Collins of the United States.

“I know how much work it takes to bring out the best in yourself,” she told Dellacqua in the video posted Wednesday. “It’s just I do not have that in me anymore. I do not have the physical drive, the emotional want and kind of everything it takes to challenge yourself at the very top level anymore and I think I just know that I’m absolutely, I am spent. ”

Barty has spent a total of 119 weeks at No. 1, placing her seventh on the career list. She is the first women’s player to retire while on top of the singles rankings since Belgian star Justine Henin unexpectedly announced her retirement in May 2008. Henin, like Barty, was just 25 years old and the reigning champion at two Grand Slam tournaments: the French Open and the US Open in Henin’s case. Henin later returned to the tour in 2010, although she never won another major title.

If Barty sticks with her decision, she will be the first player to win a Grand Slam singles title in her final match since Pete Sampras, the American star who did not play on tour again after winning the 2002 US Open at age 31, announcing his retirement nearly a year later. Marion Bartoli of France retired at age 28 little more than a month after winning Wimbledon in 2013; Flavia Pennetta of Italy retired at age 33 in 2015 at the end of the season after winning the 2015 US Open. Bartoli returned briefly to the tour; Pennetta did not.

For now, and perhaps for eternity, Barty has finished her career with $ 23.8 million in prize money and 15 career singles titles, including three at Grand Slam tournaments. She won the French Open in 2019, Wimbledon in 2021 and the Australian Open this year, meaning she won major singles titles on all three of tennis’ primary surfaces: clay, grass and hardcourt. With her versatile game and tactical acumen, she was an all-court threat and also won the 2019 WTA Finals, the tour’s lucrative year-end championship, on an indoor hardcourt in Shenzhen, China.

“Ash has always traveled down the road less worn, and it’s what has made her so special,” said Darren Cahill, an Australian who is a former player, an ESPN analyst and a leading coach. “She’s never conformed to the norm and even her game is truly unique on the WTA Tour these days. She’s the complete player and person both on and off the court. A true Aussie legend. ”

Barty said that winning Wimbledon, long considered the ultimate achievement for Australian tennis players with their country’s close ties to Britain, shifted her outlook on her career. Winning the Australian Open gave her a storybook ending. She withdrew from the BNP Paribas Open, the prestigious event in Indian Wells, Calif., Making her Melbourne triumph her final match.

“To be able to win Wimbledon, which was my dream, my one true dream that I wanted in tennis, that really changed my perspective,” she said, adding, “And there was just a little part of me that wasn’t quite satisfied, was not quite fulfilled. And then came the challenges of the Australian Open and I think that for me just feels like the most perfect way. My perfect way to celebrate what an amazing journey my tennis career has been. ”

Her sudden retirement is clearly a blow to the sport. She is enormously popular in Australia with her unpretentious personality and, as a prominent figure of Indigenous Australian descent, she has also broadened the sport’s appeal at home and abroad.

“I think it’s a major loss,” Cahill said in an interview. “Personality, game style and the way she represented the sport as a No. 1 are all significant. Plus, she’s from a Grand Slam nation, which adds to the loss. ”

But though she struggled to keep her composition early in her exchange with Dellacqua, Barty sounded resolute. She is engaged to the Australian professional golfer Garry Kissick, who has often traveled on tour with her. But Barty has frequently made it clear that she is happiest at home in Australia.

“I’ve given absolutely everything I can to this beautiful sport of tennis and I’m really happy with that. And for me that is my success. And I know that people may not understand it and that’s OK. I’m OK with that. Because I know that for me, Ash Barty the person has so many dreams that she wants to chase after that do not necessarily involve traveling the world, being away from my family, being away from my home, which is where I’ve always wanted to be. ”

“And I’ll never ever, ever stop loving tennis,” she said. “It’ll always be a massive part of my life. But now I think it’s important that I get to enjoy the next phase of my life as Ash Barty the person and not Ash Barty the athlete. ” 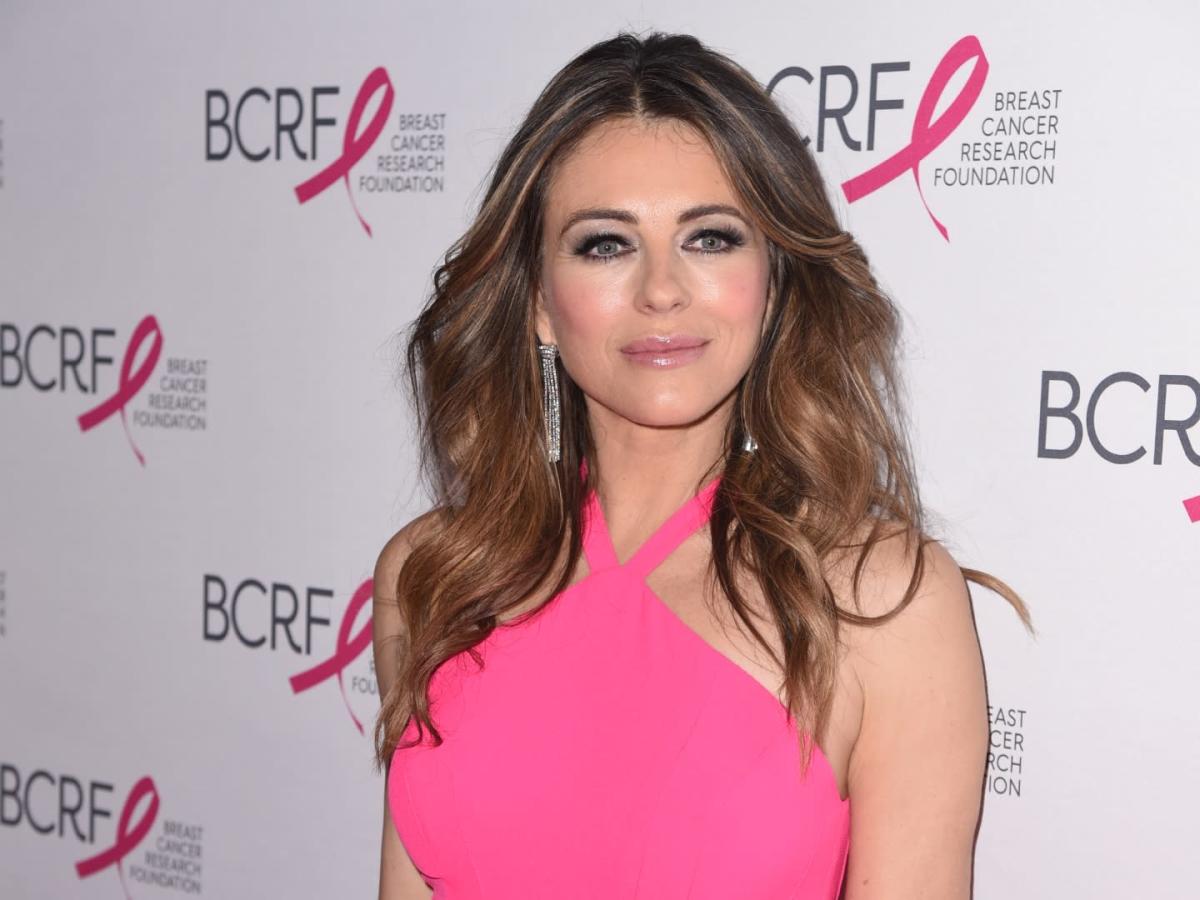