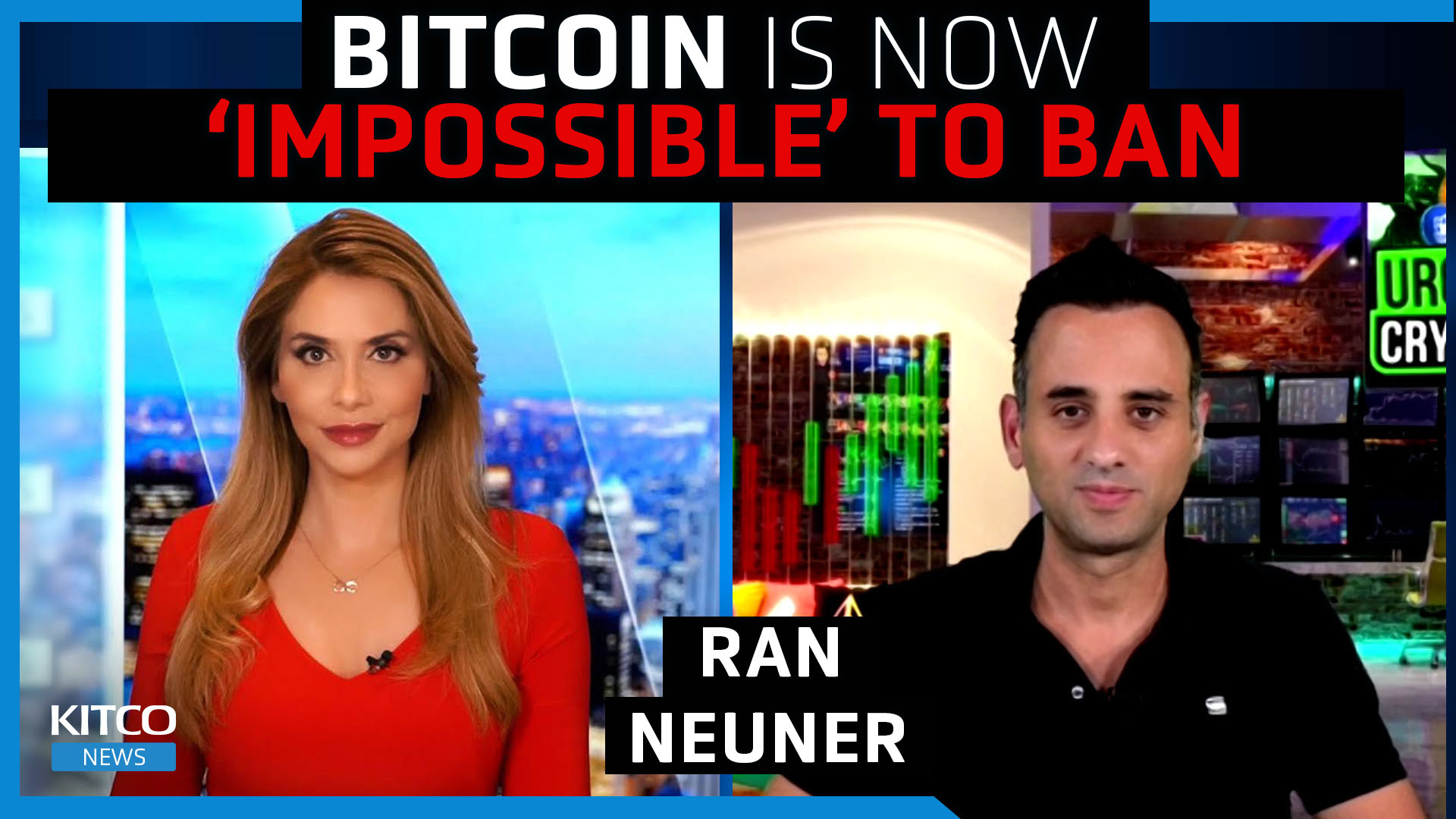 El Salvador was the first country to adopt Bitcoin as a legal tender, having officially made the cryptocurrency an accepted medium of exchange on September 7, 2021, but now, other countries are following suit.

This is only the beginning of a wave of adoptions by other countries to come, according to Ran Neuner, host of The Crypto Banter.

Neuner is co-founder of Crypto Trader, founder and host of Crypto Banter, and CEO of OnChain Capital.

“There’s becoming a roadmap for countries that want to adopt Bitcoin. And, given what’s going on right now in the world with rampant inflation, and the US as the reserve currency, I would not be surprised if next year, 2023, is the year of country adoption of Bitcoin, ”Neuner told Michelle Makori, editor-in-chief of Kitco News.

The adoption of cryptocurrencies on a state level usually comes after adoption by investors, Neuner noted.

Once “country adoption” of Bitcoin takes place on a broader scale, “multiple Dominoes” will fall, Neuner said, adding that there is speculation that Honduras could make a similar announcement as El Salvador did last year at the next Bitcoin Miami conference in April .

At the same time, countries are likely to increase regulations on cryptocurrencies. The US government, in particular, has acknowledged the growth and size of the crypto markets.

“Joe Biden recently signed an Executive Order around crypto regulation, and if you read that Executive Order, there was a lot inside. For example, the first thing it said is that they recognize that the market is very big. The market has beat around $ 3 trillion, and at $ 3 trillion, you can not ignore this market. The second thing they acknowledged in that Executive Order is that one in four households in the United States holds cryptos, which is crazy. If you think about why one in four households is holding cryptos it’s because they believe that they’re going to make money or that they want to be involved in this new blockchain movement, which is Web 3.0, which is the most exciting thing since probably the launch of the internet back in the 1990s, ”he said.

With this many stakeholders in crypto in the US, it is now “pretty much impossible” to ban crypto, Neuner said.

On Bitcoin’s recent move higher, Neuner said that some of the price action could be attributed to the Terra blockchain buying $ 125 million worth of Bitcoin for its reserves.

On March 14, Terra CEO Do Kwon tweeted “$ UST with $ 10B + in $ BTC reserves will open a new monetary era of the Bitcoin standard.”

“[Do Kwon] decided to back a significant portion of UST with Bitcoin, so he could have backed by US dollars, but he made the call to back it by Bitcoin, because UST is a completely decentralized stablecoin and backing it by any US dollar equivalent would kind of centralize the protocol. So, this protocol is now going to be significantly backed by Bitcoin, ”he said.

For more information on Terra’s recent move to add Bitcoin to its reserves, watch the interview above.