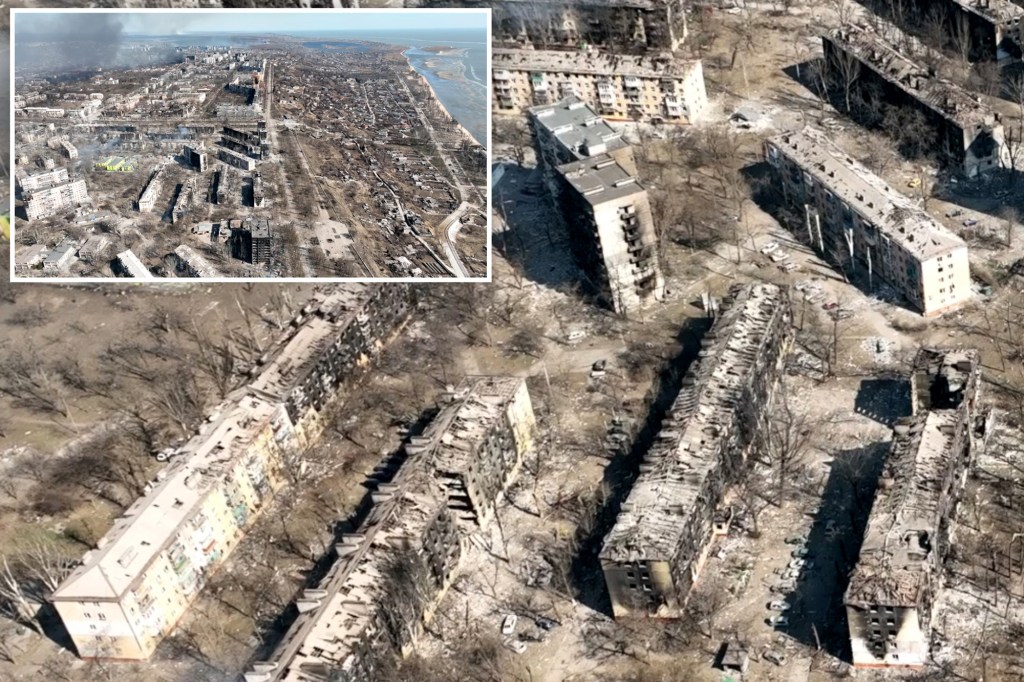 Harrowing footage from Ukraine released Wednesday shows the ruins of a residential section of Mariupol following weeks of Russian bombardment.

The aerial video, released by Ukraine’s Ministry of Internal Affairs, shows the remains of apartment buildings near the intersection of Morskyi Boulevard and Zhovtnya Boulevard in Mariupol’s Left Bank neighborhood.

The buildings, some more than 10 stories tall, are pockmarked with holes and covered in scorch marks. Rubble covers the nearby streets, and several large buildings are still smoldering.

As the camera pans up to the horizon facing east, smoke from other, larger fires can be seen elsewhere in the Left Bank.

Mariupol, on the coast of the Sea of ​​Azov, has become a striking symbol of the war’s destruction. Besieged by Russian troops for weeks, residents have been without resupply of food or clean water. Constant bombardment from artillery, airstrikes and Russian naval vessels has killed thousands. With overflowing morgues, city officials two weeks ago began to bury the dead in mass graves.

The city rejected Russian demands to surrender this week.

It remains unclear how much of the city is under Ukrainian control. The last known Western reporters, working for the Associated Press, were evacuated from the city earlier this week.

Residents who have escaped Mariupol in recent days describe Ukrainian and Russian forces waging a pitched, street-by-street battle for the city.

Efforts to evacuate civilians from Mariupol have been fraught, as have efforts to bring humanitarian aid into the city.