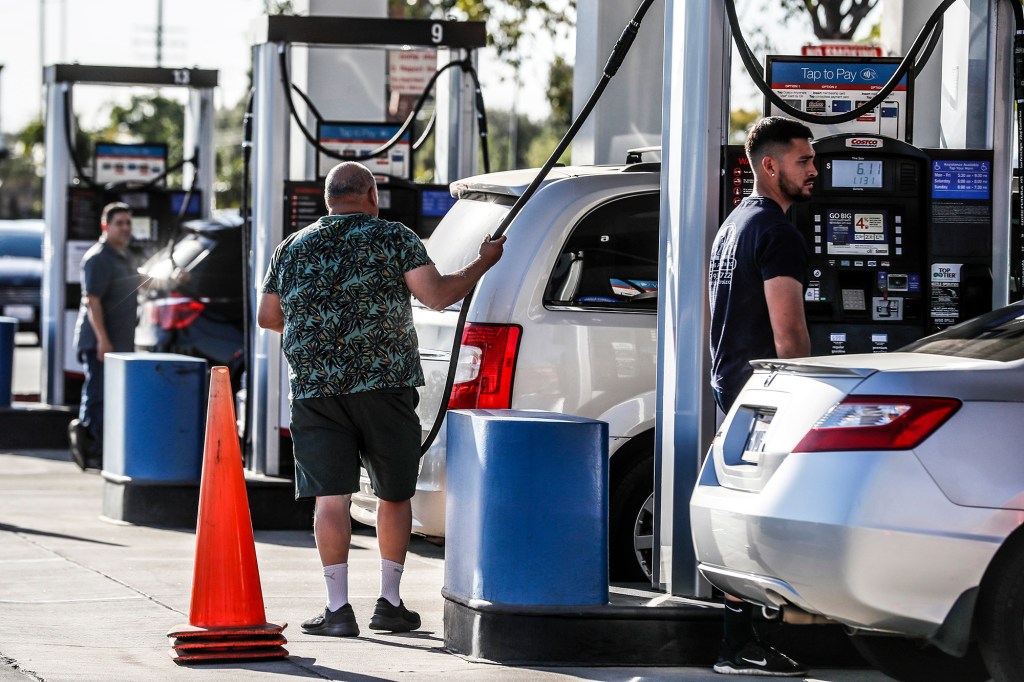 A group of Democratic lawmakers are looking to ease the burden on American motorists who are saddled with higher gas prices by offering another round of stimulus checks.

House Reps. Mike Thompson of California, John Larson of Connecticut and Lauren Underwood of Illinois are co-sponsoring a bill that would authorize $ 100 monthly energy rebates for any month this year in which the national average gas price exceeded $ 4 per gallon.

The average national gas price stood recently at $ 4.24 per gallon, according to the American Automobile Association.

The Gas Rebate Act of 2022 would also offer the same monthly rebate for each dependent. That means a family of four could get as much as $ 300 per month back from the government.

The bill would work similarly to the stimulus checks that were sent to Americans during the early stages of the coronavirus pandemic.

“Americans are feeling the impact at the pump of Vladimir Putin’s illegal invasion of Ukraine, and right now we must work together on commonsense policy solutions to ease the financial burden that my constituents are feeling,” Thompson said.

Drivers in Georgia and Maryland were granted the much-needed relief after lawmakers in those states halted the taxes last Friday.

In Georgia, the gas tax was waived through May 31, saving drivers $ 0.29 per gallon on gas and $ 0.32 per gallon on diesel, the governor’s office said.

Two other Democratic lawmakers – Reps. Ro Khanna of California and Sheldon Whitehouse of Rhode Island – have proposed a quarterly rebate to customers based on a tax levied on gas and oil companies.

The Big Oil Windfall Profits Tax would impose a levy equal to 50% of the difference between the current price of a barrel of oil and its pre-pandemic average price between 2015 and 2019, according to a statement.

The surge in energy prices that has been exacerbated by the ongoing Russian invasion of Ukraine has cost Americans more at the pump.

A month ago, the national average was $ 3.54 per gallon. A year ago, Americans were paying an average of $ 2.88 a gallon. Gas prices recently averaged $ 4.24 a gallon at stations across the US, the AAA said.

Gas prices in high-tax states like New York and California have exceeded $ 6 a gallon in some areas.

Surging energy prices and rampant inflation have stoked fears of a recession, though some have warned that stimulus checks could help stoke inflation, which is already running at 40-year highs.

US crude was selling at more than $ 113 a barrel on Wednesday while Brent crude cost $ 120 a barrel.