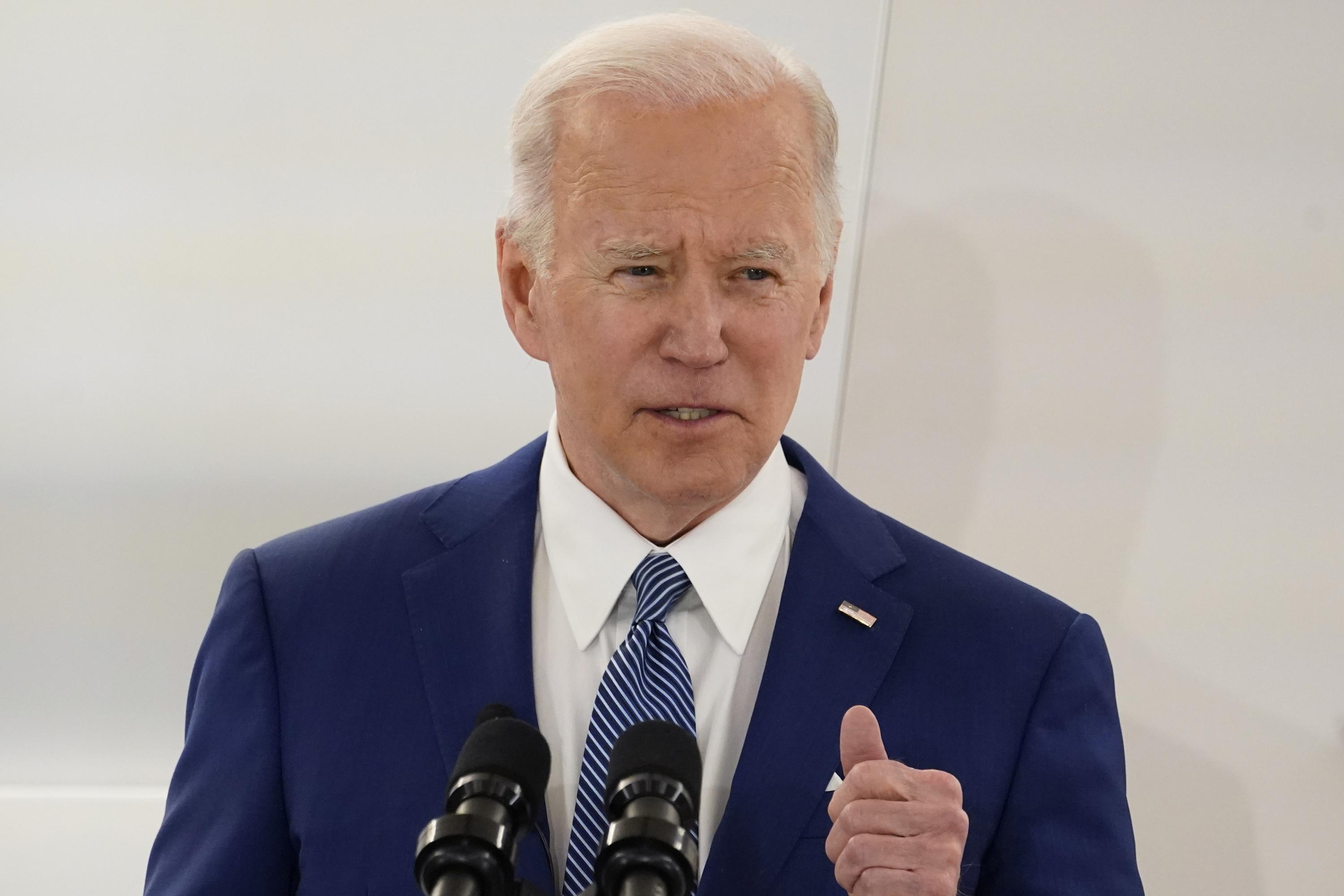 WASHINGTON (AP) – With Europe facing its most precarious future since World War II, President Joe Biden will huddle with key allies in Brussels and Warsaw this week as the leaders try to prevent Russia’s war on Ukraine from spiraling into an even greater catastrophe.

Biden embarks Wednesday on a four-day trip that will test his ability to navigate the continent’s worst crisis since WWII ended in 1945. There are fears that Russia could use chemical or nuclear weapons as its invasion becomes bogged down in the face of logistical problems and fierce Ukrainian resistance.

Humanitarian challenges are growing as well. Millions of refugees have fled the fighting, mostly by crossing the border into Poland, and the war has jeopardized Ukraine’s wheat and barley harvestsraising the possibility of rising hunger in impoverished areas around the globe.

Jake Sullivan, Biden’s national security adviser, said the president would coordinate with allies on military assistance for Ukraine and new sanctions on Russia. He added that Biden is working on long-term efforts to boost defenses in Eastern Europe, where more countries fear Russian aggression. The president is also aiming to reduce the continent’s reliance on Russian energy.

“This war will not end easily or rapidly,” Sullivan told reporters at a White House briefing on Tuesday. “For the past few months, the West has been united. The president is traveling to Europe to make sure we stay united. ”

Sullivan said Vladimir Putin’s references to nuclear weapons at the beginning of the conflict are “something that we do have to be concerned about,” adding that Biden would be talking to allies about “potential responses” if the Russian leader takes that step.

Sullivan’s description of Biden’s trip was another sign that the crisis is entering a new and uncertain phase.

After the initial invasion failed to topple Ukraine’s government, the war has become a grinding endeavor for Putin, who is relying on airstrikes and artillery that are devastating civilian communities. Negotiations between Ukraine and Russia have not produced a cease-fire or a path to ending the conflict, and the US continues to rush weapons like anti-tank missiles to Ukrainian forces.

The war’s ripple effects are also spreading. Biden warned that Russia could be planning cyberattacks that would affect US companies, and he spoke to Chinese President Xi Jinping on Friday to warn him against backing Russia with military or financial assistance. Meanwhile, a top State Department official visited India this week shortly after that country decided to purchase more Russian oil.

“This is one of those decisive moments for an American leader that defines their legacy internationally,” said Timothy Naftali, a presidential historian at New York University.

NATO is holding a hastily arranged emergency summit, where Biden is expected to reiterate his support for Article 5 of the alliance’s charter, which commits all members to collective defense if any are attacked.

“I think the meeting of all heads of state and government in NATO will provide us with yet another platform to demonstrate our unity, our support to Ukraine, but also our readiness to protect and defend all NATO allies,” NATO Secretary-General Jens Stoltenberg told NBC’s “Meet the Press” on Sunday. “And by sending that message, we are preventing an escalation of the conflict to a full-fledged war between NATO and Russia.”

Biden will also participate in meetings of the European Union and the Group of Seven, which includes the world’s richest democracies.

He’ll then travel to Warsaw on Friday to meet Polish officials to discuss the enormous humanitarian strain caused by the Ukrainian refugee crisis. Biden is scheduled to meet with Polish President Andrzej Duda on Saturday.

Duda, whose country suffered a brutal Nazi occupation during World War II, compared Russian actions in Ukraine to Adolf Hitler’s infamous SS forces. Visiting Bulgaria on Tuesday, Duda said Putin’s army “is behaving in exactly the same way.” He said he hoped that those responsible for attacks on civilians would be brought before international courts.

Polish leaders have pressed for a Western peacekeeping mission to intervene in Ukraine, a step that the US and other Western allies worry could lead to a broadening of the war. The Polish leadership also wants an increased military presence along NATO’s eastern flank.

Sullivan said Biden’s trip to Poland is an important opportunity to “meet with a frontline and very vulnerable ally.” Poland is also host to a growing number of US troops, and Sullivan suggested Biden may visit them as well.

Last week, at NATO’s Brussels headquarters, US Defense Secretary Lloyd Austin and his counterparts weighed what defenses to set up on the organization’s eastern flank, from Estonia in the north through Latvia, Lithuania and Poland down to Bulgaria and Romania on the Black Sea.

The aim is to deter Putin from ordering an invasion of any of the 30 allies, not just for the duration of the war in Ukraine but into the future.

Putin has demanded that NATO withdraw its forces on its eastern flank and stop expanding.

Sullivan said that Biden, during his talks in Europe, “will work with allies on longer-term adjustments to NATO force posture.”

Biden’s visit to Poland follows on Vice President Kamala Harris’ visit to Warsaw and Bucharest earlier this month. While Harris was in Poland, Duda called on the Biden administration to expedite visa procedures for Ukrainians who have family living in the United States so that they could resettle in the US at least temporarily.