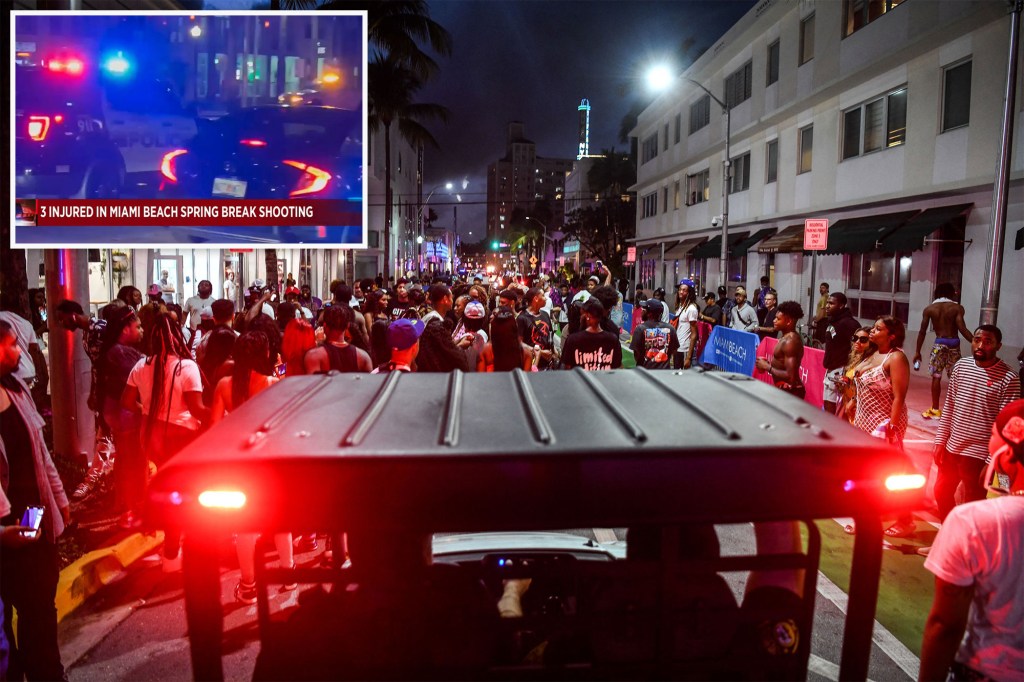 Miami Beach has declared a state of emergency and will impose a curfew this week after several people were injured in two separate shootings over the weekend as spring breakers wreak havoc on the city.

“We did not ask for spring break and we do not want it,” Miami Beach Mayor Dan Gelber declared at a press conference with city officials on Monday.

“Our city is past its endpoint,” he said.

The curfew, which will mainly affect the South Beach area of ​​the city, will go into effect at 12:01 am Thursday and lasts until 6 am Monday.

Officials said they plan to impose the same curfew for the following weekend as well.

Five people were hospitalized after a pair of shootings on Ocean Drive over the weekend, police said. Two women were shot around 1am on Monday morning and three others were shot just after midnight on Sunday morning.

Four police officers were also injured while clearing out crowds after Monday’s shooting.

“We just simply can not have people come to our city and have to worry about being shot,” Gelber said. “That’s not a way a city can operate.”

Both shootings happened while spring breakers were reveling outdoors and prompted the panicked crowds to run for cover, causing property damage and disrupting traffic, according to Local10.

The mayor said cops will usher rule-breakers off the beach.

“I only shot because they shot at me first,” Mitchell told cops when he was taken into custody, according to his arrest affidavit obtained by the outlet. Another gunman got away and is sought by authorities.

No suspects have been identified in connection with Sunday’s shooting.