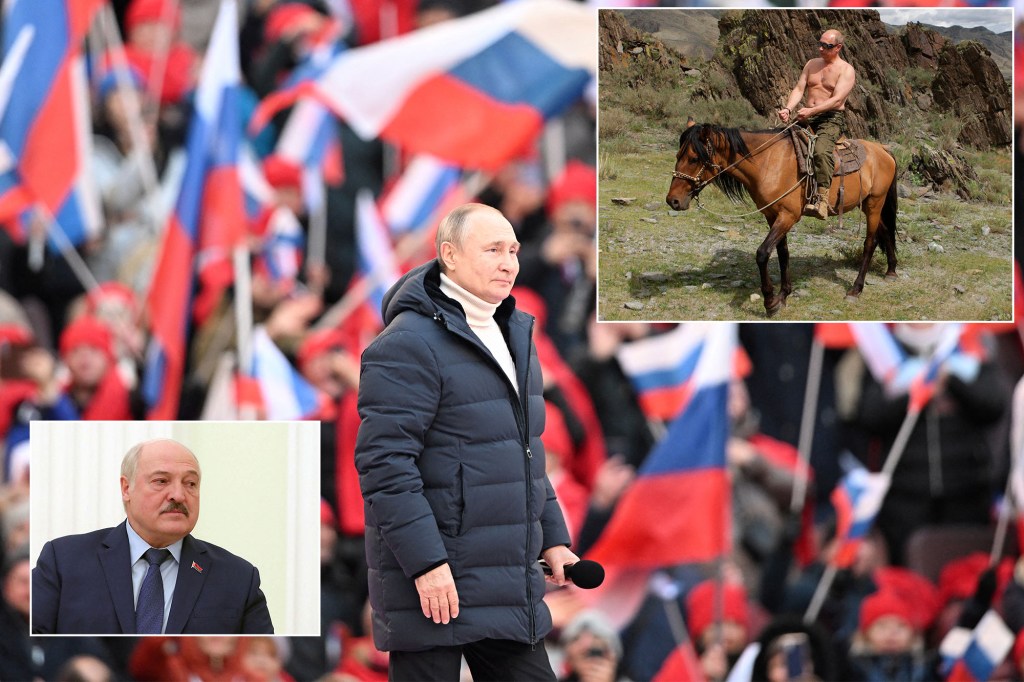 The doting dictator of Belarus offered effusive praise of his pal Vladimir Putin, saying the Russian leader is in “better shape than ever” despite reports he is in a diminished mental state.

Belarus President Alexander Lukashenko painted the flattering picture of his ally in an interview with the Japanese television channel TBS that comes amid Russia’s ongoing invasion of Ukraine.

“He and I have not only met as heads of state, we’re on friendly terms,” ​​Lukashenko said. “I’m absolutely private to all his details, as far as possible, both state and personal.”

Putin’s army used Belarus as a staging ground for the northern ground invasion of Ukraine while troops crossed the Russian border to the country’s east.

“Putin is absolutely fit, he’s in better shape than ever… This is a completely sane, healthy person, physically healthy – he’s an athlete.”

“As they say here – he’ll catch a cold at all our funerals.”

Lukashenko, who calls himself “Europe’s last dictator” also called the collapse of the Soviet Union “a tragedy” and said Ukraine, a former Soviet territory, is an “inalienable part” of Russia.

“While the USSR existed, the world was multipolar and one pole balanced the other,” he said. “Now the reason for what’s happening in the world is unipolarity – the monopolization of our planet by the United States of America.”