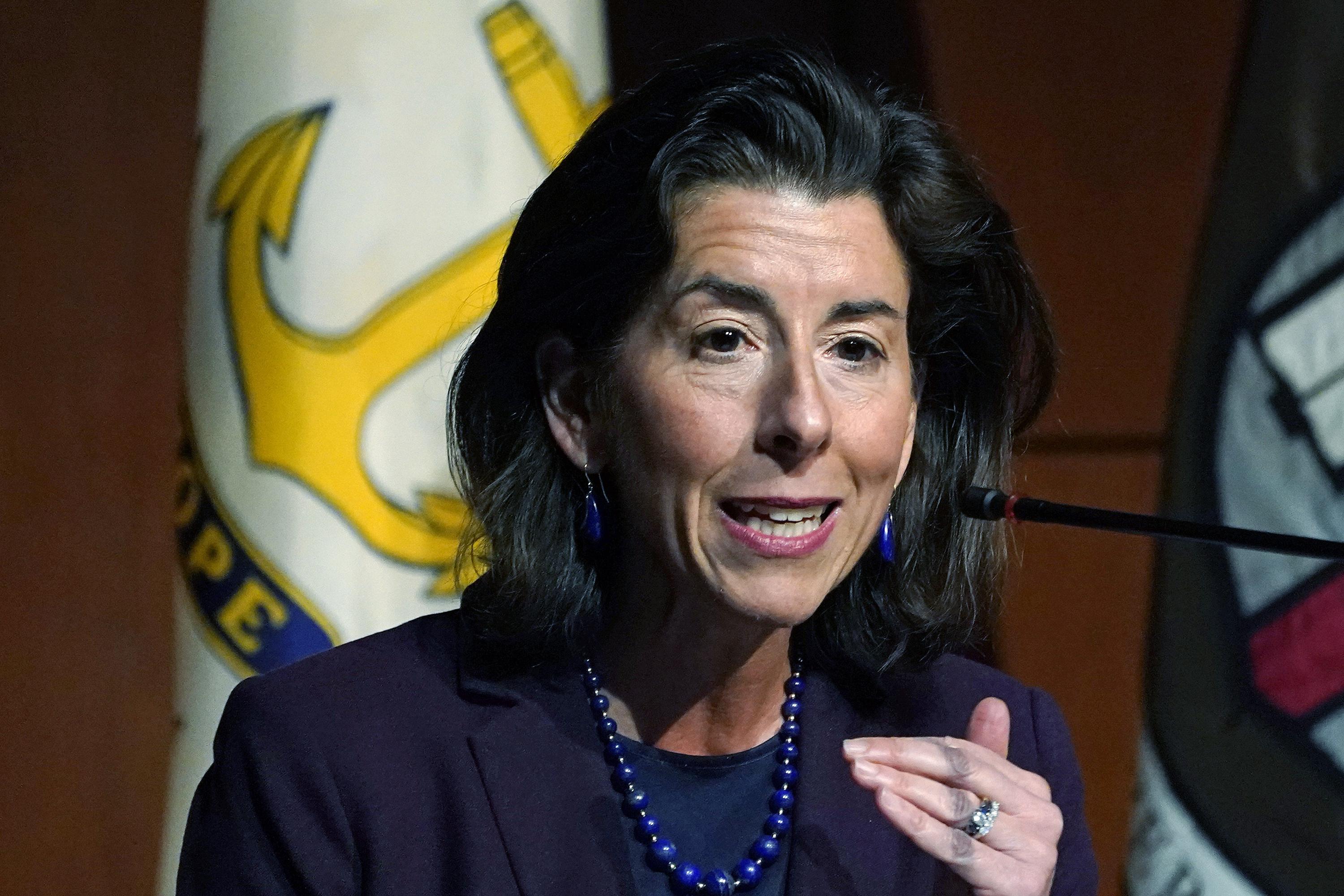 These were not spy chiefs or generals, but experts in reading fine print and tracking the flow of money, computer chips and other goods around the world. Their mandate: inflict maximum pain on Russian President Vladimir Putin, making it harder, if not impossible, for him to fund a prolonged war in Ukraine and denying him access to technologies at the core of modern warfare.

There were intense meetings in February in Brussels, Paris, London and Berlin, often running six hours at a time as the allies tried to craft the details of a historic economic blockade, according to Biden administration officials. Some of the exports the US wanted to ban were met with reluctance by the Europeans, who would essentially be telling their own companies to forgo several billion dollars in annual revenues from Russia.

When there was a deadlock, US negotiators would put Commerce Secretary Gina Raimondo on the phone.

“You can say ‘no’ now, but when the body bags are coming out of Ukraine, you’re not going to want to be a holdout,” Raimondo said she told allied counterparts. “Do the right thing.”

Everyone signed on – and before the invasion.

Raimondo said what ultimately drove the agreement and the fast timeline was the threat of Putin’s imminent attack on Ukraine.

“We all got religion fast that it was time to band together and stick together,” she said. “If you cause enough pain, isolate Putin, it will bring this war to an end.”

The wealthiest nations in the world – outside of China – are directly confronting Putin on their preferred terms. They have imposed sanctions in which their strengths intersect with Russia’s vulnerabilities. Russia is reliant on the US, the EU, Japan, South Korea and Taiwan for cutting-edge technologies and investment, so the allies decided to cut Moscow off.

It’s a strategic play designed to trap Putin in a downward spiral, as foreign investors pull out their money in response to the atrocities. It’s also a remarkable show of unity that could be tested in the coming weeks by the allies’ own dependence on fossil fuels.

A group of economists estimated Thursday that EU countries have transferred more than 13.3 billion euros ($ 14.7 billion) to Russia for oil, natural gas and coal since the war began, essentially funding Putin’s war machine.

While the allied talks in the lead-up to the war were critical, the EU was not just waiting around for US direction to act. Bloc members had been consulting for months.

One EU diplomat, speaking on condition of anonymity to discuss internal talks, outlined in an interview as far back as January potential penalties that included the export ban, noting that the EU had held together its coalition on enforcing sanctions since Russia’s 2014 occupation of parts of the Donbas region in Ukraine.

But this time, the US and EU responded to Russia’s aggression with a novel set of policies to cripple Putin’s ability to fight by denying it access to the semiconductors, computers, telecommunications equipment, lasers and sensors integral to war materiel.

This is a supply chain squeeze that will force Russia to raid existing airplanes, tanks and other gear for spare parts – essentially eroding its military and economic capacity. The same US and EU officials dealing with their own supply chain challenges after the pandemic found a way to amplify the problem for Russia through trade regulations.

In a sign of early success, US officials point to the closing of Lada auto plants in Russia and the more than 300 companies that have stopped doing business with Russia. The companies are not just Starbucks, but chipmakers such as Germany’s Infineon that said it stopped all direct and indirect deliveries to Russia as well as technical support.

Within days of the invasion, the allies blocked the foreign assets of Russia’s central bank. Two senior Biden administration officials, who were not authorized to publicly discuss the strategy planning and spoke on condition of anonymity. said this option was not initially presented to allies out of concern that Russia could move its money ahead of time. They waited to present the asset freeze until the invasion started and the images of bombings and death compelled the Europeans to almost immediately agree.

The freeze rendered half of the more than $ 600 billion in Putin’s war chest unusable. While the Russian stock market has been closed and the value of the ruble has plunged, the sanctions are designed so that the financial effects tightens over time. As long as Ukraine is able to hold out with military aid against severe casualties, the sanctions will do more to exhaust Putin.

EU Commission Vice President Valdis Dombrovskis on Thursday praised the “very good coordination” among nations and said the sanctions “are biting hard. Russia’s financial markets are close to collapse. ” He also noted that the sanctions create costs for the allies, though the price is much less than the consequences of the war spreading.

Yet with every new round of sanctions, the unity of the 27 EU members is tested ever more. If imposing a ban on Russian oil and gas comes up, Germany and Italy, both heavily dependent on Russian energy, will be in a tough spot to contain the drive of several eastern member nations like Poland and the Baltic states that want to hit Putin as hard as possible as soon as possible. The US is less dependent on Russian oil and natural gas, making it easier for Biden to ban those imports earlier this month.

There is also the risk that the sanctions will fail to stop Putin or that Russia can still find ways to bring goods into its economy. Trade data analyzed by ImportGenius show that China supplanted Germany in 2021 as the leading source of exports to Russia – and US officials say that Russia has solicited help from the Chinese government.

On Twitter, Olivier Blanchard, former chief economist at the International Monetary Fund and now a fellow at the Peterson Institute of International Economics, equated the sanctions to the bombing of German factories during World War II. Those bombings disrupted the German war machine in ways that made it impossible to prolong an extended fight – and economists had a role in choosing the targets.

For all that has been done, question remains about whether it is enough.

Blanchard recommends expanding the export controls from defense-related production to “anything which disorganizes production” in the Russian economy. If Russian-made refrigerators need a gasket made in the EU, restricting access to that gasket makes it harder for the Russian economy to function, he said.

Tania Babina, a finance professor at Columbia University who was born in Ukraine, said that sanctions tend not to stop dictators and she warned that Putin might ultimately become even more entrenched unless the US and EU take more aggressive action. She said Europeans need to add sanctions that ban the use of Russian oil and natural gas.

“He is going to throw everything to win, will send his grandma to fight if needed,” Babina said. “He can not lose Ukraine. That is why it is so paramount to cut off Russia’s energy export revenues. ”

But Babina noted that there is another far more chilling cost to the allied strategy of sanctions: Ukrainian lives.

“How many people do we let die before Putin runs out of assets?” she asked. 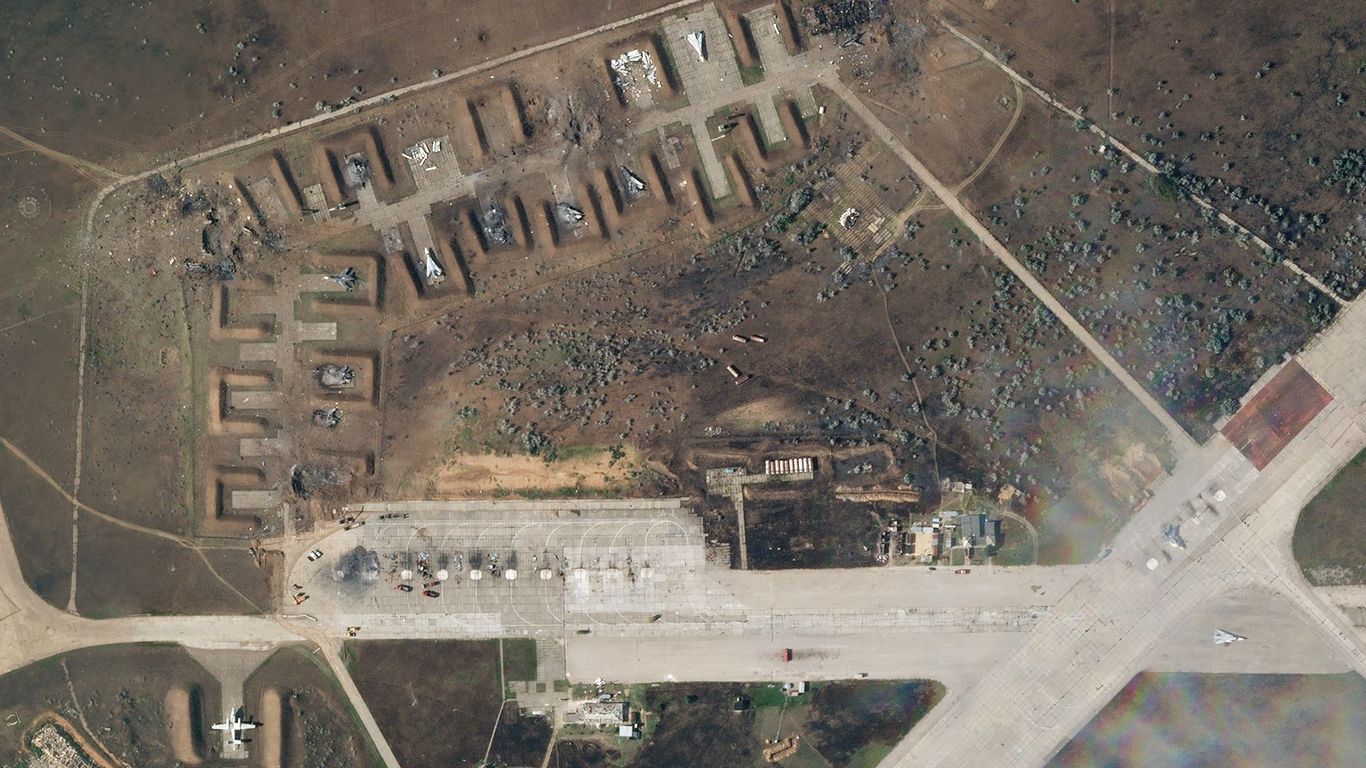