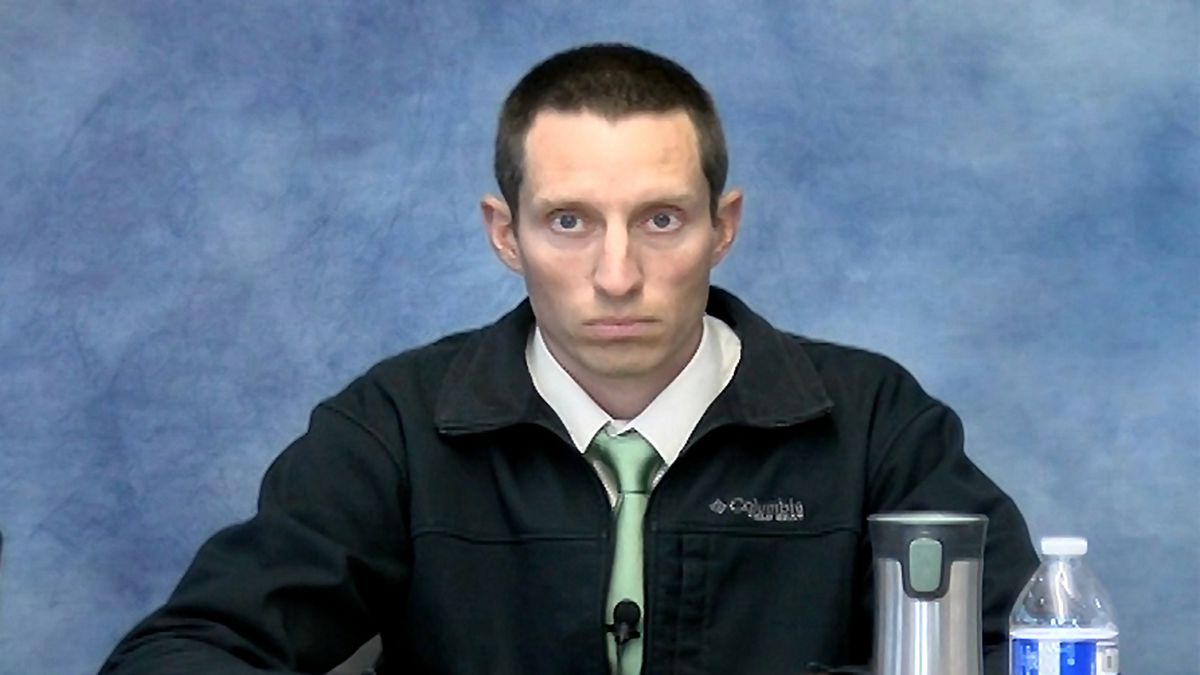 The U.S. Department of Justice unsealed a 25-count indictment on Monday, charging a former nurse at Oregon’s only women’s prison with sexually assaulting a dozen women while they were incarcerated.

Tony Daniel Klein, 37, faces 21 counts of depriving the women of their constitutional right to not be subject to cruel and unusual punishment, as well as four perjury counts.

If convicted, he could face life in prison. Through his attorney, Klein entered pleas of not guilty to each of the 25 charges.

“The indictment alleges that from 2016 through 2017, Klein committed various forms of sexual assault, some of which included aggravated sexual abuse and some resulting in bodily injury,” the Justice Department said in a release.

Klein turned himself into the FBI on Monday morning, a Justice Department official said.

Last week, OPB released a yearlong investigation that found at least 27 women accused Klein of inappropriate actions and sexual assault while he worked at the Coffee Creek Correctional Facility in Wilsonville.

Between 2017 and 2020, the Oregon State Police, the Washington County District Attorney’s Office, the Oregon Department of Corrections and the state nursing board all looked into the allegations of sexual assault and misconduct against him.

Throughout those investigations, Klein consistently denied the allegations and was never criminally charged.

As of Monday, Klein maintained an active nursing license, according to the board’s website. A spokesperson for the board did not immediately return a request for comment.

After he resigned from the Coffee Creek prison in 2018, Klein was hired by Legacy Health where he remains an employee.

On Monday, Klein appeared in federal court via video from the US Marshals holding facility inside the federal courthouse in Portland.

Prosecutors requested Klein be detained. Assistant US Attorney Katherine Rykken argued Klein was a danger to the community and a possible flight risk given some of the charges carry life in prison.

Magistrate Judge Youlee Yim You granted Klein pretrial release, but ordered Klein to surrender his expired passport, and barred him from traveling outside of Oregon without permission. The judge also said Klein was not allowed to access or possess firearms, and or contact any of the alleged victims.

Matthew McHenry, Klein’s court appointed attorney, told the judge that he’d spoken to Klein’s wife who reported that all firearms were locked in a safe on the couple’s rural property in Clackamas County.

“All firearms will be removed from the property this afternoon,” McHenry added. He did not return OPB’s request for comment.

In 2019, 10 women who alleged Klein sexually abused them, sued Klein and the state’s prison system. In 2020, Oregon paid them $ 1.7 million dollars to settle the civil lawsuits. As part of those settlements, Klein and the state admitted no fault or wrongdoing.

Attorney Michelle Burrows, who represented the women, said she was stunned at the federal indictment.

“I can not really believe it. It’s huge, ”Burrows said. “I’m glad he got indicted. “I’m pretty sure he’s going to prison.”

As part of the civil litigation, Burrows deposed Klein, under oath. The indictment charges four counts of “false declarations before the court” all stemming from statements Klein made to Burrows during that Nov. 20, 2019 deposit.

Lisa Whipple accused Klein of touching her inappropriately while serving a sentence at Coffee Creek from 2016 to 2017. She said officials at the Justice Department called her Monday to share the news of Klein’s indictment. Whipple said she’s one of the people identified by “AV” in the federal indictment.

“I’m ecstatic,” Whipple said. “It’s an opportunity for the truth to come to light.”

Until now, the system has largely failed Klein’s accusers, she said.

“It was not just Tony,” Whipple said. “He is the ultimate predator and person in this situation. But the Department of Corrections, there’s a whole bunch of things they could’ve done … to make sure this type of victimizing does not happen within these walls. ”

Oregon Department of Corrections Director Colette Peters released a statement Monday after the indictment was unsealed. She said DOC’s investigators worked with state police and the FBI.

“While Mr. Klein has not been a DOC employee since 2018, today’s indictment shows that the voices of women in custody are heard and taken seriously, ”Peters said. “DOC has zero tolerance for sexual violence against the people in our care and allegations will not be swept under the rug or ignored regardless of whether the person accused is no longer employed by our Department. Now the federal criminal justice system can rightly deal with these serious allegations. ”

“That’s exactly what they did when it all boiled down,” she said. “It sounds like cleanup is what it sounds like. I would not expect anything less from the Department of Corrections. ”

Whipple said she hopes the Justice Department will be able to do what the state was not: hold Klein accountable.