This front line in Irpin, on Kyiv’s northwest outskirts, had not moved in two weeks despite the Russian military superiority. That itself was a victory for Cmdr. Casper and his fighters.

“The Russians were trying to push forward,” said the short, burly unit leader who did not give his full name for security reasons but goes by a nom de guerre. “But they did not expect that the Ukrainians were waiting for them.”

When Russian forces seized control of a military airport in Hostomel, a few miles north of Irpin, on the first day of the war, many military observers expected a rapid takeover of Kyiv. But more than two weeks later, Russian troops have struggled to advance.

A visit to two active front lines – Irpin and near Brovary, northeast of the capital’s center – offered insights into the strategies, tactics and capabilities of Ukrainian forces defending Kyiv as well as apparent Russian tactical errors and miscalculations of Ukraine’s resistance.

The United States and as many as 20 other nations, mostly NATO and European Union members, have pledged to send Ukrainian forces significant shipments in weaponry, including Javelin antitank missiles, Stinger surface-to-air missiles, machine guns and sniper rifles. It’s unclear how many of these added arms have reached Ukrainian forces in Kyiv, leaving them to rely on the arsenal at hand and adapt their tactics in the field.

To be sure, most military analysts and Western officials still predict that Russian forces will eventually encircle Kyiv and push into the capital, possibly aided by airstrikes. While this could prove true, it’s far from clear whether Russian will prevail.

For the Ukrainian forces, this war is one of attrition. They appear to be trying to slow and wear down the Russian military, creating conditions for a stalemate on the outer boundaries of Kyiv. That would buy the Ukrainians time for other pressures on Russian President Vladimir Putin.

Off the battlefield, these include tightening international sanctions on Russia and diplomatic efforts for Russian concessions. On the fronts, Putin’s forces face more Western heavy weaponry delivered to Ukraine, and a growing global outrage for killing civilians and bombing residential areas and hospitals – acts that could be potential war crimes.

In interviews, Ukrainian soldiers also said they capitalized on the Russians’ own flaws, including using predictable strategies, a lack of knowledge of local terrain and even a surprising unpreparedness for a grinding conflict. Reports have surfaced on social media and on battlefields of Russian soldiers running out of food, water and gas for their vehicles. Some have reportedly surrendered after they got lost or due to low morale. Russian military convoys have slowed down or halted due to mechanical failures.

Across the country, Ukrainian forces have fallen back to the cities, refusing to engage with Russian forces in rural areas, out in the open. While Moscow has gained control of southern cities such as Kherson and Melitopol, it is struggling to take over nearby Mariupol as well as other hubs across Ukraine such as Kharkiv, Chernihiv and Sumy.

That is also the case in the southern city of Mykolaiv where, for more than a week now, Ukrainian forces have prevented a major Russian advance west toward the strategic port of Odessa.

In Kyiv, the seat of government, the stakes cannot be higher.

So far, Ukraine’s defenders have blocked Russia’s primary effort: encircle and seize the capital, using the airfield in Hostomel as an air bridge for more tanks, armored vehicles and other weaponry. Ukrainian forces have shot down several Russian helicopters and so far prevented a major Russian armored column from pressing into the capital. Meanwhile, a solid air-defense system has been mobilized against airstrikes and missile attacks.

“The biggest problem is that [Russia] did not organize a proper military operation, ”Kofman said. “They thought they were just going to drive in and they were not going to get a fight. That led to a lot of disasters because they did not plan. ”

Seesaw battles have unfolded in the areas of Hostomel, Bucha and Irpin – a possible harbinger of the urban, street-by-street warfare that could envelop the capital if Russian forces break through.

On Saturday, large plumes of black smoke rose above the town of Bucha amid the incessant thuds of shells landing. “We have planted antitank mines everywhere,” Casper said with a laugh.

Roughly 40 miles away, on the other side of the capital, Russian forces tried to push into Kyiv from the northeast. A column of tanks moved down a main highway toward the town of Brovary. As they passed a cluster of houses, the Ukrainian forces saw an opportunity.

They pummeled the convoy with artillery shells and antitank missiles, destroying or disabling several tanks and armored personnel carriers. Russian soldiers fled their vehicles and ran into the woods, according to videos posted on social media by Ukraine’s military. One tank slowly rolled to a halt, engulfed in flames. (The videos could not be independently verified but fit with descriptions of the battle provided by Ukrainian fighters and doctors treating the wounded.)

The tanks and other military vehicles were crawling slowly on the open highway, making them an easy target. They also were bunched up close to each other, which allowed a single artillery shell to knock out multiple vehicles. There were also no dismounted infantry troops moving parallel in the woods or alongside the column to detect potential ambushes.

What was also surprising, analysts said, is that some of the tanks were generations old and not well-equipped, including the T-72, a Soviet-era tank that first entered production more than 50 years ago.

“It’s kind of bizarre seeing this,” Lee of the Foreign Policy Research Institute said. “Kyiv is the decisive mission, the decision objective, and yet they are sending in some very old units to take it.”

The ambush also led to civilian casualties. The Russian soldiers who fled the convoy hid in nearby villages and shot anyone they deemed suspicious. Over the following two days, 23 civilians and soldiers arrived at the Brovary Central District Hospital, many with bullet wounds, said Valentin Baganyuk, the hospital’s director.

They included members of a family shot after they left their house. As the father drove, bullets hit his hand, blowing three fingers off, and wounded him in the head as well. His 14-year-old daughter was also struck. The father managed to drive to safety.

“The Russians targeted them as they tried to escape from their village,” Baganyuk said.

Tucked inside the forests on the northwestern edges of Kyiv, Ukrainian artillery batteries have battered Russian positions inside Irpin and Bucha in attempts to slow a possible advance. The bridge connecting the capital to Irpin was demolished last week by Ukrainian forces to stop Russian armored vehicles from crossing.

As an added precaution, the road from the destroyed bridge into Kyiv’s center has been barricaded every 100 yards by large concrete blocks, tanker trucks, tires and sandbags.

On the other side of the bridge, at the entrance to Irpin’s center, volunteer armed groups have dug trenches on a hill with a commanding vantage point to strike Russian forces or attempt to ambush them.

In front of the hill, Ukrainian fighters wearing camouflage were positioned behind trees. Other fighters were inside buildings. They looked out on streets that Russians would need to move toward Kyiv.

“They have their own line to defend, and we have to keep our position,” said Igor Zadorozhny, 30, a former army officer now defending the city in an armed unit set up by Irpin’s mayor. “Right now, there is a stalemate.”

The conflict is a meld of small confrontations often at Ukrainian checkpoints, tit-for-tat artillery shelling and moments of heavy street battles.

“They attack our posts,” said Artiem, 34, a realtor-turned-soldier. “Then we attack them, and they run back.” Like all Ukrainian fighters interviewed by The Washington Post along the front lines, he declined to give his full name for security reasons.

He said Russian forces do not know Irpin’s geography. At times, they make wrong turns or end up getting stuck on small streets in their tanks and armored vehicles. That has allowed Ukrainian fighters inside buildings to strike them.

“[The Russians] are disoriented in the city, ”Artiem said.

Clutching a rifle, the former army officer Zadorozhny said Ukrainian forces were waiting for civilians to evacuate Irpin before “we start to clear the city” of Russians.

“They do not have enough provisions, food, water,” he said, recounting reports from residents of Russian soldiers looting houses and stores. “They do not have a lot of gasoline. They will get tired. And then we will go and drive them out. ”

Local knowledge of the urban terrain was a major asset for Kyiv’s defenders, Zadoroshny said. “Everything, every stone, every tree is for us,” he said.

Another fighter, 32-year-old Roman, said residents have been providing intelligence to help target the Russians in areas where there is still cellphone reception.

“They are trying to take Kyiv, but they will not,” Ramon said. “Everything is helping us.”

With Russian ground forces slowed down, another questions grows: Will Moscow escalate bombing Kyiv to pressure the government to surrender or flee? So far, the capital has largely escaped the barrage of airstrikes and shelling that have hammered cities such as Kharkiv and Chernihiv.

At Casper’s checkpoint, Russian forces have intensified their attacks. Tanks fired between 20 to 25 shells, demolishing a large blue house next to the Ukrainian’s base on Friday. The Ukrainians did not fire back.

“Our goal is to defend our positions, not to attack the Russians,” Casper said.

Such a tactic is smart, military analysts said.

Ukraine’s military can not compete with the power of Russian weaponry and need to conserve a much smaller arsenal rather than waste resources on counteroffensives. Casper said they also wanted to keep the road from Bucha open to allow more civilians to flee. Firing back could turn the road into a battle zone, he said.

The Russians, he added, have sent teams to explode Ukrainian mines. So what if Russian tanks to roll down the road toward his checkpoint one day?

Casper smiled and walked to a warehouse. He came out with a British-supplied NLAW antitank missile and a rocket-propelled grenade.

“We know how to greet them,” he said, handling the weapons in his hands. “We have everything right here.” 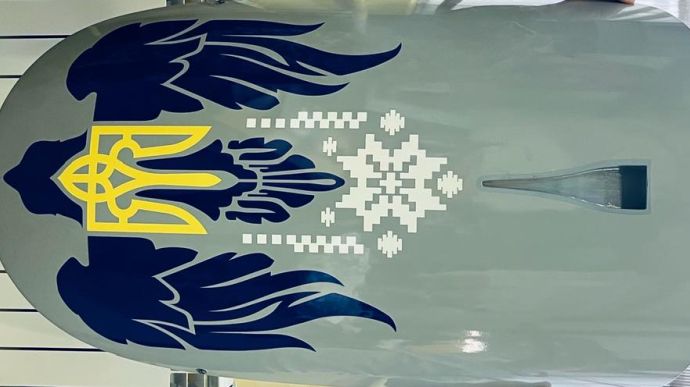 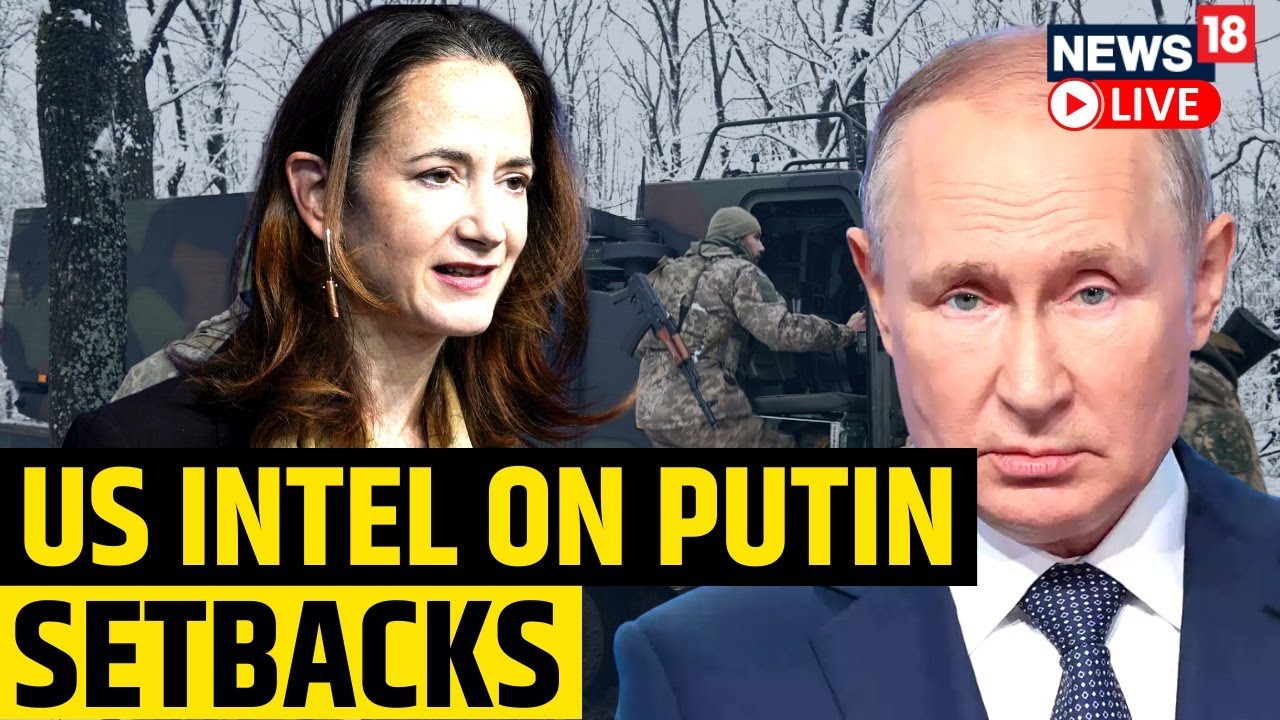 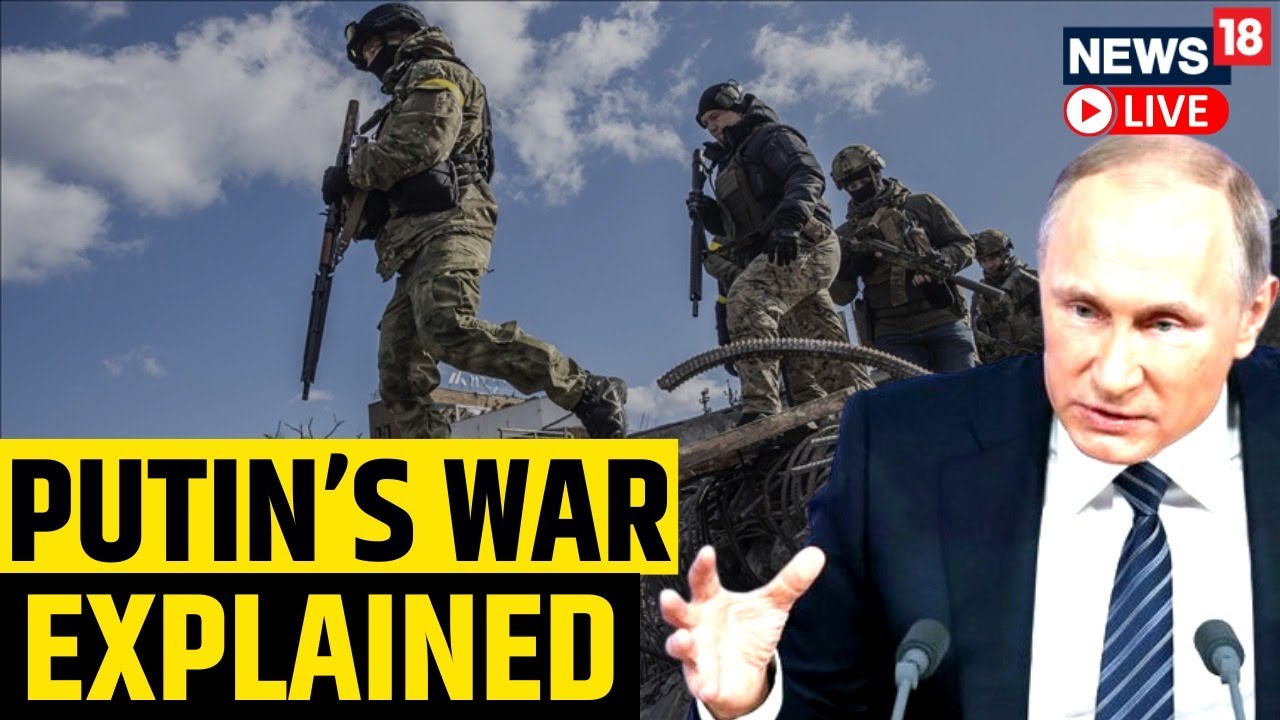