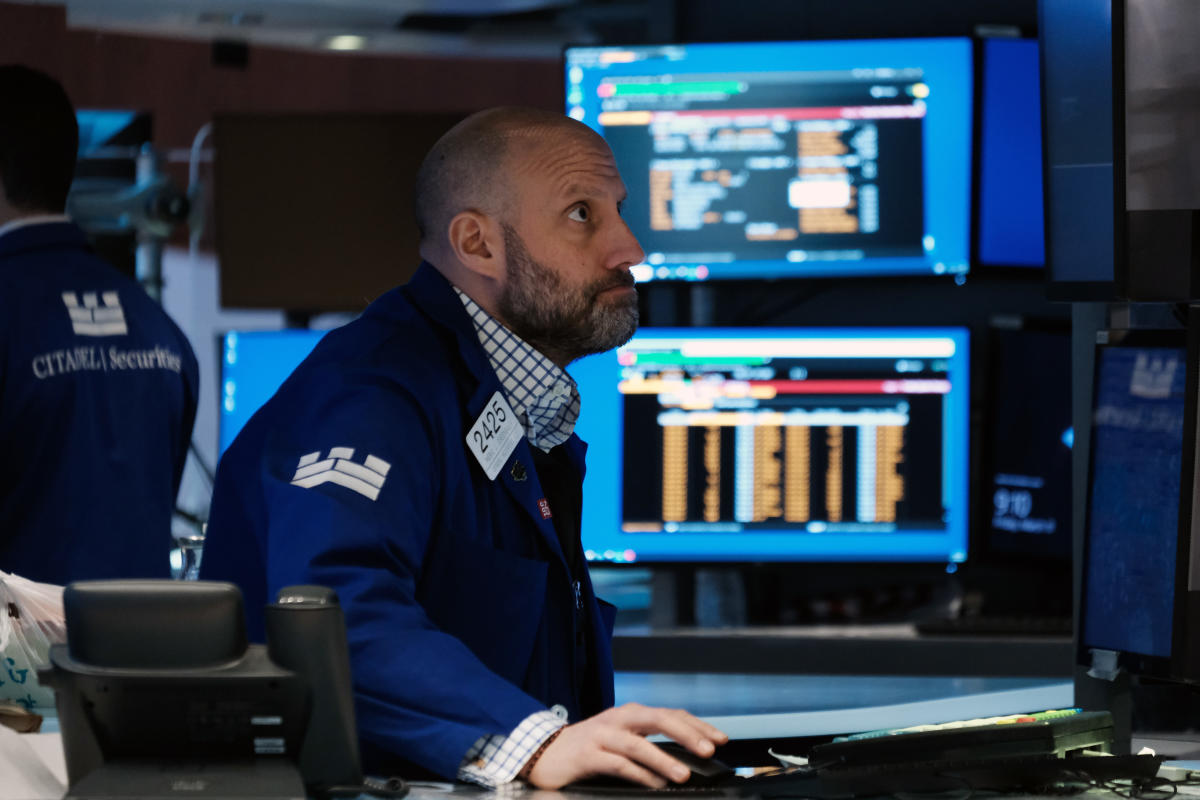 I would compare this week in the markets to that feeling when you passed your driver’s test and were able to roam the open roads with freedom for the first time. So much anticipation on what’s possible, and it all lived up to the hype (until you got into your first accident, then it sucked).

This week the Federal Reserve meets! This is the interest rate hike meeting investors have been waiting for since the third quarter of 2021. Jerome “Big Money” Powell – otherwise known as the Federal Reserve chairman – will hop on the mic Wednesday afternoon and try to show he lives in a few different worlds.

It’s a world where Powell will have to acknowledge again he is anti-inflation and will hammer it into the ground with more rate hikes besides the one he will sign off on. But, it’s also a world where Powell does not want to sound too hawkish so as not to rattle a market already concerned with the Russia-Ukraine war and soaring energy prices.

The difficulty threading the needle here for Powell is immense, underscored by the following commentary from Wall Street pros.

“In the face of a new crisis, the Fed put strike remains sharply lower than usual and actually adds negative convexity to the market at present. The more the situation in Europe progresses, and the higher the prices, the more the Fed has to add to the turmoil. As a result, things could get a lot uglier before the storm passes. ” – David Zervos, Jefferies’ managing director.

“We suspect that Fed officials will be reluctant to seriously consider a 50bp hike until downside risks to the global economy from the war diminish. But we do not expect the war to knock the Fed off of a 25bp-per-meeting tightening path. Inflation is likely to remain uncomfortably high at every remaining FOMC meeting this year, and we think Fed officials will want to deliver some tightening action in response unless they fear that another rate hike would risk pushing the economy into recession. “- Goldman Sachs Chief Economist Jan Hatzius (who sees seven rate hikes this year)

“We believe that, like the original Volcker ‘break inflation’ tightening in 1979, stocks will be resilient. Growth is slower but remains positive, and the commodity market surge, absent nuclear escalation, may have peaked. The Fed does not want a recession . ” – Evercore ISI strategist Julian Emanuel

“There is certainly no reason to panic yet, but in light of the latest evidence, the Fed needs to remain very vigilant. Put simply, Powell can not afford to take his eyes off inflation, even in the face of geopolitical risks. Thus , we expect the FOMC to continue to lean hawkish. ” – Jefferies Chief Economist Aneta Markowska

We wish Powell well, no doubt he will earn every penny of his $ 203,500 annual salary. As for you traders out there, we wish you well too – remember do not get too complacent after the rally later last week.

And in case you were wondering, that first-time driver exhilaration came by way of my 1987 Chevy Monte Carlo SS with T-tops, two amps and a giant subwoofer box in the trunk. I paid for the car with my own cash all saved up from caddying: thousands of dollars each year in insurance, thousands of dollars in gas (it was 8 cylinders) and thousands of dollars in early trips to the mechanics. My dad was not paying for any of it (like none of it, trust me), and years later I thank him for putting me through the school of hard knocks for, well, 25 or so years.

On that note, Happy trading! Go get ’em Big Money!

Charts to watch: If you are worried $ 5-plus gas prices are going to put the US economy into a recession this year, then keep a close eye on the number of miles driven by motorists. As the team at Jefferies points out below, so far soaring gas prices have not led to a major slowdown in miles driven.

Bets are off though if gas goes above $ 8 a gallon as seen in me tweet from one Chevron gas station in California.

The Fed’s geopolitical risk index has not been this high since the 2005 London bombings, details Goldman Sachs below. Whether this means the Fed will only lift interest rates just enough so the economy enters a mild recession later this year, who knows. It’s just a good chart to observe. It’s only Monday so roll with me here.

And back to cars, the prices for used electric vehicles have surged 89.9% year-over-year as drivers seek out cheaper driving alternatives, says Thinkum (below chart). The research outfit cites Carmax inventory data. The prices for used Teslas on Carvana puts a finer point on this data.

Trending tickers: One of the hottest tickers on our platform the past five days has been health care apparel maker Figs (FIGS). The company’s earnings report last week hit all the right notes: 1) earnings beat; 2) profitable high margin business; 3) strong outlook. Yahoo Finance Live recently chatted with Figs co-founder and co-CEO Trina Spear. Making its way back atop the trending ticker list for the second time in two weeks is Occidental Petroleum (OXY). Warren Buffett’s Berkshire Hathaway scooped up another $ 1.5 billion of the oil giant’s stock, per a new SEC filing. Buffett bought $ 4.5 billion in Occidental Petroleum the week before. And lastly two fresh names on the trending ticker page, both of which are having ugly months. FedEx (FDX) shares have lost 11% in the past month, likely on concerns about profit margins in a rising energy cost backdrop. As for GameStop (GME), its stock is down 24% in the last month – with the sell-off triggered by Chairman Ryan Cohen launching an activist campaign against Bed Bath & Beyond. The meme stock crowd apparently does not like sharing its beloved leader.

Miscellaneous: Pfizer CEO Albert Bourla told CBS’s “Face the Nation” a fourth COVID-19 vaccine will be necessary. My colleague Julie Hyman will be sitting down live with Bourla from the South by Southwest conference this morning on Yahoo Finance Live. You’ll want to watch. Speaking of watching, if you are an avid Uber user, watch your digital wallet more closely starting on Wednesday. Due to the rise in gas prices, that’s when Uber will implement a “temporary” surcharge of 45 cents to 55 cents on each Uber ride and a 35 cents to 45 cents for an Uber Eats order. American Express has not held a traditional investor day in some time, but that will change on Wednesday with presentations from CEO Stephen Squeri, CFO Jeff Campbell and other execs at the company. Amex has been riding high from several solid quarters of new card clients, notably among millennials. It’s reasonable to expect some pretty bullish longer term growth targets from the company. But, that could be balanced with near-term bail given the new stresses on US consumers and businesses.

More on gas prices: There are 1.4 million views and counting on this Yahoo Finance TikTok video of outraged gas consumers. Paying an arm and a leg for gas right now? Hit me with pics on Twitter @briansozzi – and let me know your feelings on it all. Let it all hang out, I can take it.

While we are on gas prices, here is a nifty chart put together by our team showing gas prices from around the world. Rest easy you aren’t paying $ 10.72 a gallon.

What to watch today

The truth about analysts’ deteriorating expectations

Recession: Here’s what some top minds are saying

Private security CEO on Ukraine evacuations: ‘Conditions on the ground are worsening every day’ 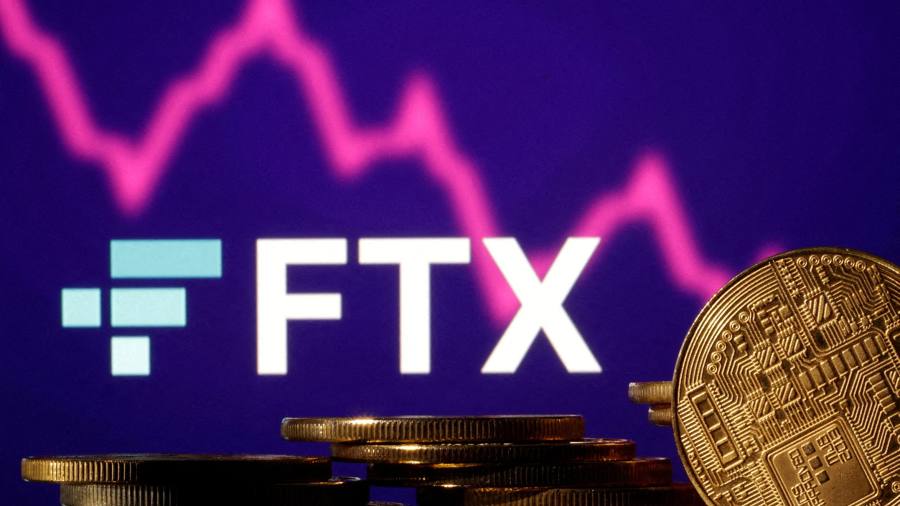