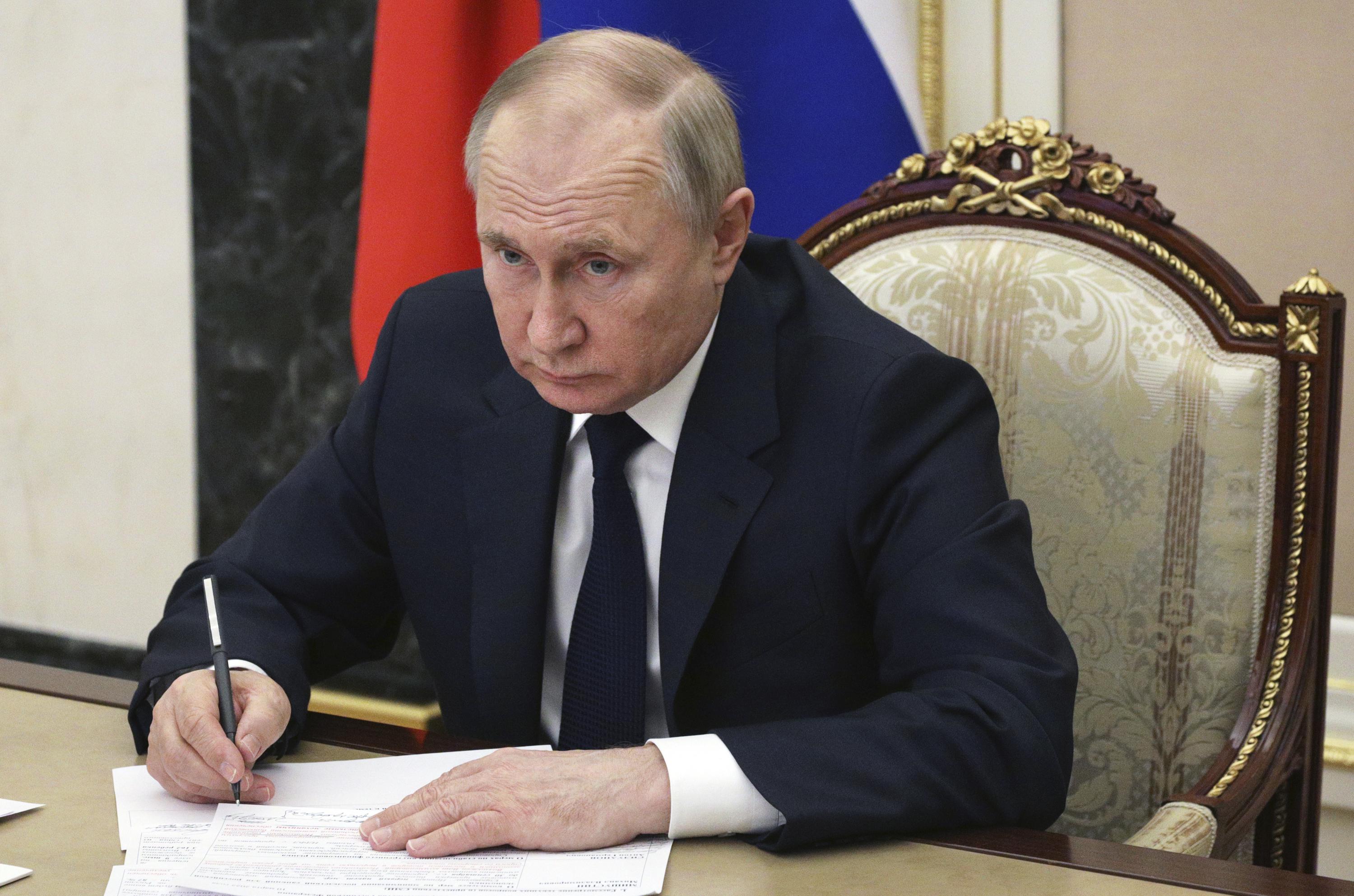 WASHINGTON (AP) – More than two weeks into a war he is expected to dominate in two days, Vladimir Putin is projecting anger, frustration at his military’s failures, and a willingness to cause even more violence and destruction in Ukraine, in the assessment of US intelligence officials.

Officials in recent days have publicly said they’re worried the Russian president will escalate the conflict to try to break Ukraine’s resistance. Russia still holds overwhelming military advantages and can bombard the country for weeks more. And while the rest of the world reacts to horrific images of the war he started, Putin remains insulated from domestic pressure by what CIA Director William Burns called a “propaganda bubble.”

Putin’s mindset – as tough as it is to determine from afar – is critical for the West to understand as it provides more military aid to Ukraine and also prevent Putin from directly taking on NATO countries or possibly reaching for the nuclear button. Intelligence officials over two days of testimony before Congress last week openly voiced concerns about what Putin might do. And those concerns increasingly shape discussions about what US policymakers are willing to do for Ukraine.

Over two decades, Putin has achieved total dominance of Russia’s government and security services, ruling with a tiny inner circle, marginalizing dissent, and jailing or killing his opposition. He has long criticized the breakup of the Soviet Union, dismissed Ukraine’s claims to sovereignty, and mused about nuclear war ending with Russians as “martyrs.” Burns told lawmakers that he believed Putin was “stewing in a combustible combination of grievance and ambition for many years.”

Putin had expected to seize Kyiv in two days, Burns said. Instead, his military has failed to take control of major cities and lost several thousand soldiers already. The West has imposed sanctions and other measures that have crippled the Russian economy and diminished living standards for oligarchs and ordinary citizens alike. Much of the foreign currency Russia had accumulated as a bulwark against sanctions is now frozen in banks abroad.

Burns is a former US ambassador to Moscow who has met with Putin many times. He told lawmakers in response to a question about the Russian president’s mental state that he did not believe Putin was crazy.

“I think Putin is angry and frustrated right now,” he said. “He’s likely to double down and try to grind down the Ukrainian military with no regard for civilian casualties.”

Russia’s recent unsupported claims that the US is helping Ukraine develop chemical or biological weapons suggests that Putin himself may be prepared to deploy those weapons in a “false flag” operation, Burns said.

There’s no apparent path to ending the war. It is nearly inconceivable that Ukrainian President Volodymyr Zelenskyy, who has won admiration around the world for leading his country’s resistance, would suddenly recognize Russia’s annexation of Crimea or support granting new autonomy to Russian-friendly parts of eastern Ukraine. And even if he captures Kyiv and deposes Zelenskyy, Putin would have to account for an insurgency supported by the West in a country of more than 40 million.

“He has no sustainable political end-game in the face of what is going to continue to be fierce resistance from Ukrainians,” Burns said.

Avril Haines, President Joe Biden’s director of national intelligence, said Putin “perceives this as a war he cannot afford to lose. But what he might be willing to accept as a victory may change over time given the significant costs he is incurring. ”

The White House’s concern about escalation has at times frustrated both Democrats and Republicans. After initially signaling support, the Biden administration declined in recent days to support a Polish plan to donate Soviet-era warplanes to Ukraine that would have required the US to participate in the transfer. The administration previously delayed sanctions on the Nord Stream 2 pipeline and would not send Stinger air-defense missiles to Ukraine before changing course.

Asked on Thursday, Haines said Putin might see the plane transfer as a bigger deal than the anti-tank and anti-aircraft weapons already going to Ukraine. Haines did not disclose whether the US had intelligence to support that finding.

US Rep. Mike Quigley, an Illinois Democrat who sits on the House Intelligence Committee, said the Biden administration had been “always a step or two late” out of fear of triggering Putin. He urged the White House to agree quickly to the transfer of planes.

“I think it comes off as quibbling,” Quigley said. “If anyone thinks that Putin is going to distinguish and differentiate – ‘Oh, well, they’re taking off from Poland’ – he sees all of this as escalatory.”

Meanwhile, as the violence worsens and more Russians die, the West is also watching for any sign of holes forming in Putin’s “propaganda bubble.” One independent Russian political analyst, Kirill Rogov, posted on his Telegram account that the war is “lost” and an “epic failure.”

“Four mistakes in making one decision is a lot,” he said.

Before the invasion, polling conducted by the Levada Center, Russia’s top independent opinion research firm, found that 60% of respondents consider the US and NATO the “initiators” of conflict in eastern Ukraine. Just 3% answered Russia. The polling was in January and February, and the Levada Center has not published new polling since the war began.

Outsiders hope ordinary Russians will respond to the sharp decline in their living standards and find honest portrayals of the war through relatives and online, including by using VPN software to bypass Kremlin blocks on social media. Russian state television continues to air false or unsupported allegations about the US and Ukrainian governments and push a narrative that Russia can not afford to lose the war.

“Otherwise, it will lead to the death of Russia itself,” said Vladimir Solovyov, host of a prime-time talk show on state TV channel Russia 1, on his daily radio show last week.