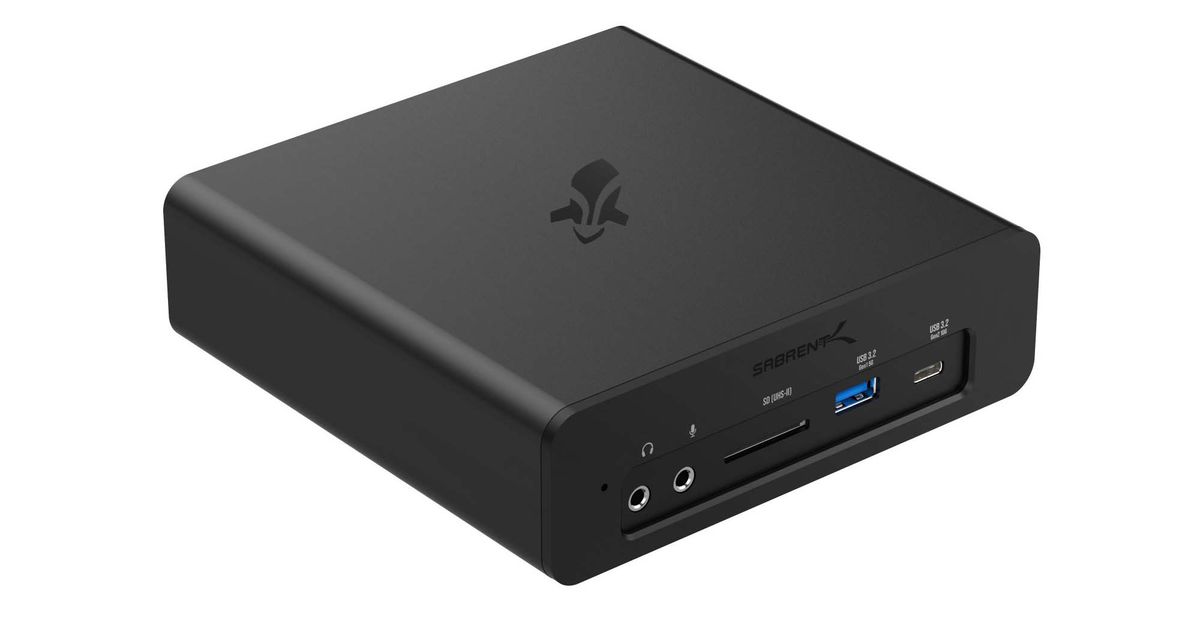 Sabrent has released a new Thunderbolt 3 dock, which includes up to 16TB of storage alongside a more typical array of dock ports. That storage does not come cheap, however. Although the 2TB version of the docking station is listed for $ 499.99 on Sabrent’s site, opting for the full 16TB of storage sets you back an eye-watering $ 2,900.

That sounds like a lot, but Sabrent’s dock is combining two computer accessories that are already relatively pricey when sold individually. One of the best-regarded Thunderbolt 3 docks on the market, Caldigit’s TS3 Plus, typically retails for between $ 250 and $ 300 and does not include any extra storage. And 2TB of external storage can easily cost upwards of $ 200 depending on the specifications you need.

It’s a shame that Sabrent’s new dock does not support the newer Thunderbolt 4 standard, but the company tells PetaPixel that the global chip shortage made it too difficult to acquire Thunderbolt 4-capable chips. That means it misses out on more advanced features like being able to power an 8K display at 60Hz.

But the rest of Sabrent’s dock’s specs are respectable. There are a pair of Thunderbolt 3 ports on its rear, and it can provide up to 96W of power to an attached laptop. You also get Gigabit Ethernet, DisplayPort 1.4, and two USB Type-A ports on its rear. Around front, there’s a pair of 3.5mm jacks for headphones and mics, an SD card slot (with UHS-II speeds for you port nerds out there), a Type-C USB port, and a third Type-A port.

Sabrent’s new dock is available to order on Amazon now.