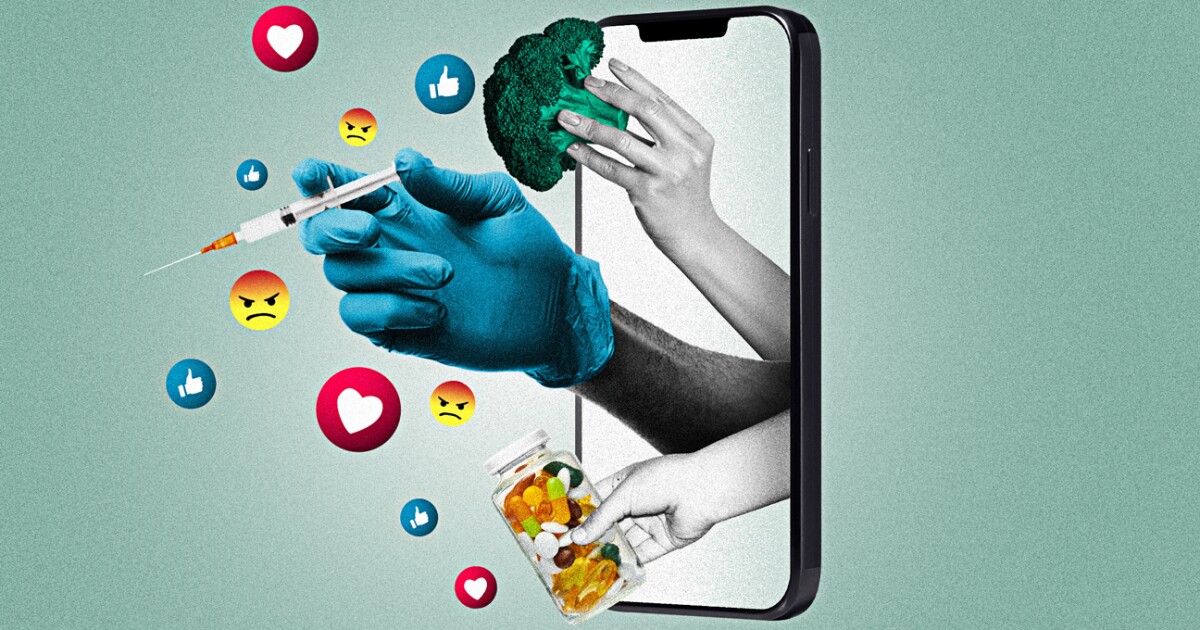 The vaccination selfie, showing a gloved hand holding a needle and a smiling face hidden behind a mask, looked like thousands of others posted to Instagram as the COVID-19 vaccine rolled out across the US

But the comments it drew did not. Sell ​​out the puppet, sneered one user in response to Dr. Michael Greger’s photo. Burning your book tonight in my fire pit, said a second. Another simply wrote: 👎💔💩.

Greger is a prominent advocate for a plant-based diet, with a devoted following among people who believe food is the best medicine. But his statement on vaccines – that sometimes, medicine is the best medicine – put him directly at odds with many of his fans, and thrust him into the ugly, conspiratorial fight over vaccination roiling the online worlds of wellness and nutrition.

“You can not help but be bombarded by it,” Greger said. The online wellness world, he said, is “one of the rare spaces where you can say the most bats— crazy things and get a million-dollar book deal as a reward. It’s a no-holds-barred, almost a truth-free, area. ”

Health and nutrition influencers have whipped up a frenzy about the COVID-19 vaccine and other public health guidance during the pandemic, Greger said, steering people already skeptical of pharmaceutical companies and traditional healthcare away from vaccination and toward health-related conspiracy theories.

Some were Greger’s colleagues and peers, including a filmmaker known for advocating for a low-fat, vegan diet who invited the doctor to a mask-burning party in Southern California.

The anti-vaccine movement has some overlap with right-wing politics and the QAnon conspiracy theory, which is popular in wellness and spirituality circles. But vaccine skepticism is a far more widespread phenomenon, drawing support from alternative medical practitioners, including chiropractors, as well as professional athletes, chefs, models, entrepreneurs and actors.

The Centers for Disease Control and Prevention estimates that 69.3% of people 5 and older in the United States had been fully vaccinated as of Friday; 58 million have yet to receive even one dose of what medical experts say is the best line of defense against severe illness and death.

Americans influenced by misinformation are less likely to get vaccinated, polling shows. In a survey released in late December, the US Census Bureau said 42% of those who have not been inoculated report that they “do not trust the COVID-19 vaccine.”

The tidal wave of misinformation about what’s healthy and what is not has pushed vaccine-hesitant people into unproven remedies against COVID-19, including strict elimination diets, tinctures of turmeric and quercetin, a battery of dietary supplements, and mega-doses of vitamins C, B-12 and D.

We’re offering LA Times subscribers first access to our best journalism. Thank you for your support.

Research has not shown that any supplement prevents COVID-19 or lessens the symptoms of the disease. Some can have serious side effects when taken in large quantities.

But people are drawn to influencers who push such narratives because they are frightened and need to feel control over their lives, said Renée DiResta, the technical research manager at the Stanford Internet Observatory and part of the Virality Project, which tracks misinformation about the COVID- 19 vaccine rollout.

The desire for control has become clear in one house in the San Fernando Valley, where a high school science teacher found six bottles of vitamins stashed in the closet of her husband’s home office.

Always skeptical of doctors and of “big pharma,” he is now avoiding genetically modified foods, will not use fluoridated toothpaste and, rather than get vaccinated against COVID-19, takes a battery of daily vitamins, said the teacher, who requested anonymity to speak frankly.

She said his interest in conspiracy theories grew after he became a fan of former President Trump and started following more YouTube channels, cryptocurrency influencers and activists on Telegram, the messaging app popular with anti-vaccine activists.

“People who are conspiracy theorists can not deal with the unknown,” the teacher said. “But if you show that you’re scared of something, that’s a sign of weakness. So instead, they’re telling themselves that they know more about the virus than other people. It gives them a feeling of power. ”

One of the vitamin bottles contains 180 capsules and sells for $ 97.25 on the website of Dr. Mark Hyman, who advised Bill Clinton on his diet and wrote the preface for a book by anti-vaccine activist Robert F. Kennedy Jr. Taking the recommended six pills per day would provide 618% of the needed daily amount of vitamin A, 666% of vitamin C and 41.567% of vitamin B-12, the labels show.

The wellness industry also has directed a wave of fat shaming and ableism at people who have disabilities and other underlying health conditions. Popular health influencers have posted anti-vaccination memes on Instagram that say things such as: “If you’re not athletic and healthy, your opinion on health is irrelevant,” and, “My diet will not work unless you stop eating cake. ”

The chief executive of Sweetgreen, the fast-casual chain that sells $ 15 salads, faced backlash in September for saying that “no vaccine or mask will save us,” and proposed the concept of government “health mandates.”

Jonathan Neman added: “What if we made the food that is making us sick illegal? What if we taxed processed food and refined sugar to pay for the impact of the pandemic? ” He has since taken down the offending LinkedIn post.

President Biden’s November announcement that American companies with more than 100 employees must require the vaccine or weekly testing was the last straw for one Los Angeles influencer, who goes by the name Jonny Juicer. His feed is a steady stream of shirtless selfies and promotions for his $ 11 juicing e-book and a $ 10 book of plant-based dog food recipes.

He wrote to his 305,000 followers: “Now you’re being FORCED against your will to inject a synthetic, experimental concoction into your bloodstream (where a side effect has resulted in clotting, neurological issues & death) OR YOU LOSE YOUR JOB.”

(The vaccines are based on more than a decade’s worth of research into mRNA technology, and have been put through standard safety testing. Many reports of post-vaccination injuries are self-reported and unverified. Biden’s mandate has been tied up in the courts and has not gone into effect.)

Just a dozen people are responsible for spreading nearly two-thirds of online misinformation about the COVID-19 vaccines, according to the Center for Countering Digital Hate, a UK-based research group. Eight are connected to health, wellness and nutrition, including osteopathic physicians, alternative-health influencers, and a Tennessee couple who gained a mass following by questioning chemotherapy and other traditional cancer treatments.

Perhaps the best-known is Dr. Joseph Mercola, a controversial osteopathic physician who was warned by the Food and Drug Administration last year to stop representing vitamin C, vitamin D3 and quercetin supplements as COVID-19 treatments. His YouTube channel was removed last fall after the platform banned anti-vaccine misinformation.

Much of the vaccination fight in wellness circles has played out on Instagram, rippling outward from influencers to everyday people searching for healthy lunch ideas and green smoothie recipes. The platform has implemented filters that flag posts discussing the vaccine; To avoid it, influencers use a creative array of misspellings of “vaccine,” including “vaccine,” “the v” and the Virgo emoji.

Celebrities have also pushed the debate into the public eye. Green Bay Packers quarterback Aaron Rodgers told reporters that he was “immunized” before testing positive for the virus. The NFL Network said he had sought homeopathic treatment from his doctor in lieu of the COVID-19 vaccine.

Surfer Kelly Slater recently tore into Biden on Instagram, asking why the White House was focusing on vaccine mandates instead of promoting “eating organic foods and taking the right supplements.”

It seems no wellness brand that takes a stand on vaccination is safe from blowback. When the San Diego County organic soap company Dr. Bronner’s announced that every employee vaccinated against COVID-19 would receive a $ 1,000 bonus, a wave of criticism of followed.

“How about giving all of your employees $ 1,000 to buy organic groceries, Vitamin C, zinc and quercetin?” wrote one user with nearly 46,000 followers, who calls herself the “Healing Cave Lady.” She sells a COVID-19 “immunity protocol” bundle of 10 supplements online for $ 393.46.

Greger, the doctor who advocates for a plant-based diet, is still receiving nasty comments nearly a year after describing vaccination as a civic duty. His staff has been reluctant to post content about COVID-19 vaccines because “anything that even vaguely mentions it is just a firestorm.”

Doctors will always recommend a balanced and healthy diet, said Dr. Danielle Belardo, a cardiologist in Newport Beach. But believing a certain diet, supplement regimen or exercise routine will save someone from severe illness during a pandemic is rooted in “the naturalist fallacy, that anything that is not natural is harmful.”

Belardo, a vegan, said many of her vegan patients initially questioned whether they needed to get vaccinated because they saw themselves as healthy. They are all vaccinated now, she said.

People who believe the vaccine is unhealthy or dangerous simply “found the wrong echo chamber,” she said, and are victims of people who peddle misinformation and products such as juice cleanses and dietary supplements.

“They profit off of it, and they actually harm people,” Belardo said. “People who did not get vaccinated and died, they listened to these gurus.”

Belardo said she was also concerned to see some online diet communities once diametrically opposed – veganism and the all-meat diet, high-fat keto and low-fat regimens – have started to unite around a common hatred of vaccination.

Claims that diet, exercise and nutritional supplements can protect against COVID-19 are so common that Baltimore’s public health department tackled the topic in a series of public service announcements staffers jokingly dubbed “mean PSAs.”

Each was released as a meme, with a big image and a caption in bold red letters. One read: “Green tea can not cure COVID, Trina.” Another said: “Salad does not cure COVID, Connor.”

The department launched the series to confront issues people faced most often when they tried to persuade friends and family to get vaccinated, said Adam Abadir, who helped launch the series.

“Yes, you are generally going to be better off if you’ve living a healthy lifestyle,” said Abadir, who was the health department’s director of communications and now works in the Baltimore mayor’s office. “But do not let that be the reason that you do not get vaccinated.”

A careful regimen of organic foods, special supplements or other “wellness” behaviors can help bring a sense of control to unknowable, uncontrollable world events, like a pandemic, said Heather Simpson, the co-host of a podcast called “Back to the Vax , ”Hosted by two former self-described anti-vaxxers.

“Eating organic food, having a toxin-free lifestyle, it gives people a sense of control over their mortality,” said Simpson, who is now vaccinated against COVID-19 and has brought her daughter up to date on her childhood vaccinations. “I felt that if I fed my daughter and my family the healthiest foods, all organic, no toxins, that we’d never get cancer, we’d never have auto-immune diseases, we’d never encounter anything bad.”

What began for one Pennsylvania woman as a suspicion of traditional healthcare and an interest in alternative medicine escalated during the pandemic into something far more serious, said her daughter-in-law, who requested anonymity to speak openly.

The woman, a doctor, has refused to get vaccinated against COVID-19. Instead, she is taking spoonfuls of vitamin C powder at meals and more than 2,000 milligrams of niacin per day – about 142 times the recommended daily amount – as part of a protocol promoted on Telegram by a man with no medical degree. In large doses, niacin can cause blurred vision and liver damage.

“She is having difficulty discerning truth from the misinformation and the disinformation that she keeps feeding herself,” her daughter-in-law said. “She’s now in an alternate information bubble that is completely separate from what is actually going on in the world.” 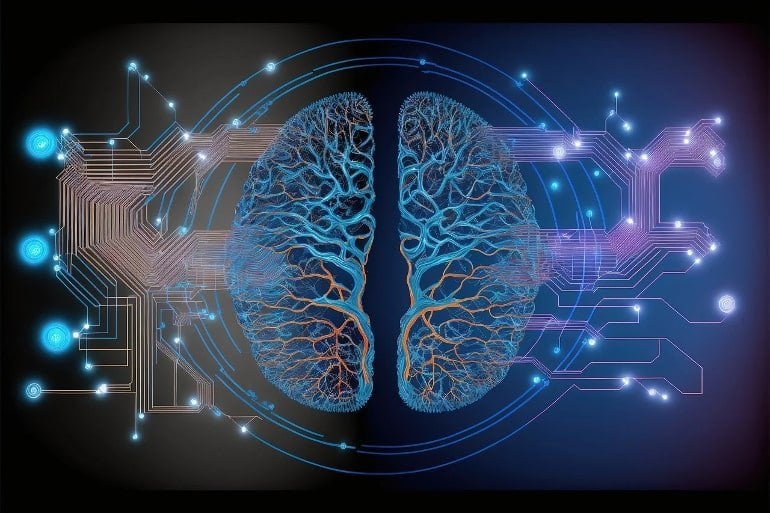 Measles outbreak in central Ohio grows to more than 50 children, driven by ‘lack of vaccination’