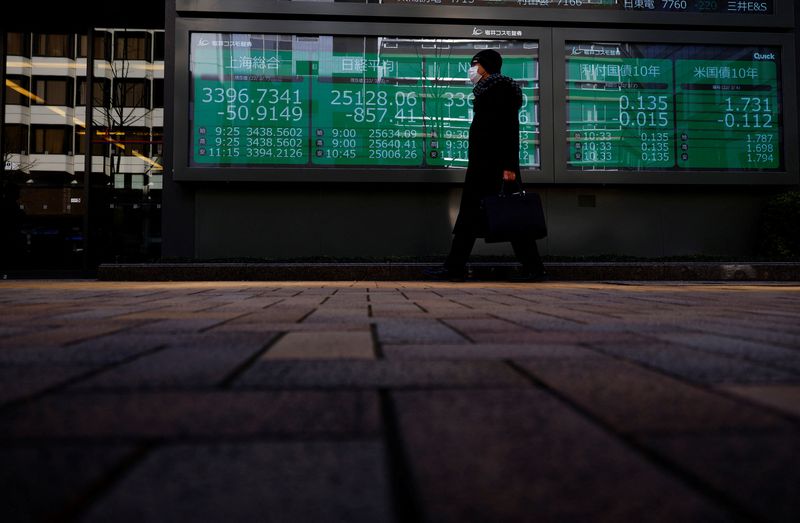 LONDON (Reuters) -Tentative hopes of progress in peace talks between Ukraine and Russia lifted European shares and Wall Street equity futures on Monday, despite a sharp slide in Chinese stock markets on the back of renewed COVID lockdowns.

Russian missiles hit a large Ukrainian base near the border with Poland on Sunday, but both sides gave their most upbeat assessment yet of prospects for talks, with a Russian delegate quoted as saying there could soon be draft agreements

“If fighting stops that will be a step in the right direction as it will take more negative potential implications off the table,” said Mizuho senior economist Colin Asher.

But the backdrop, with geo-political problems and central banks on the rate-rise path, meant that “for stock markets, the downside is the path of least resistance, at least in the near term”, Asher added.

However, the tentative signals were enough to lift equity sentiment, boosting a pan-European equity index 0.7% while German shares jumped more than 2%.

futures fell as much as $ 4 a barrel and European gas prices slipped to 115 euros per megawatt hour, some 100 euros below recent peaks

The ruble gained 9% in offshore trade, to 124 to the dollar.

The mood was more subdued in Asia however. Tokyo’s rose 0.6%, but an MSCI index of Asia-Pacific shares outside Japan was dragged down 2% by hefty losses in China.

With cases still rising across China, lockdowns spell bad news for global supply chains, already under stress from the Ukraine war, with shortages of, industrial metals, semiconductor components and other key items.

“The improvement in global supply chains has ended before it ever really began,” ING Bank economists Inga Fechner and Rico Luman told clients.

Yields on 10-year Treasuries rose five bps to 2.05%, standing a whisker off July 2019 highs touched recently. A key measure of US inflation expectations climbed to 3% and near record highs.

All that cements expectations the Federal Reserve will lift rates by 25 bps this week and signal more to come through members’ “dot plot” forecasts.

“The dots will likely be mainly clustered around four or five hikes for 2022, up from three previously, given the stronger pace of inflation since the January FOMC meeting,” said Kevin Cummins (NYSE :), chief US economist at NatWest Markets.

“We suspect we could also get an addendum on how the Fed plans to reduce the size of the balance sheet.”

The Bank of England too is expected to lift rates by 25 bps on Thursday, the third rise in a row.

With six or seven Fed hikes priced for this year, the US dollar stayed near its highest since May 2020.

The euro rose half a percent to $ 1,095, boosted by the hopeful signs on the Ukraine front as well as the promise of ECB policy tightening, though it is not far off a recent 22-month trough of $ 1,0804.

The yen however continued to languish as rate hikes remain distant in Japan, plumbing a new five-year low against the dollar.

“Interest rates everywhere are going higher but Japan remains very much at the back of the queue. The Bank of Japan meeting this week will be one of the few central bank meetings where rate hikes are not discussed,” Asher said, noting also the terms of trade shock stemming from soaring oil price.

“So it’s not surprising dollar-yen is pushing higher.”

Likewise, Brent was quoted at $ 109.5 a barrel, having traded as high as $ 139 earlier this month. It showed little reaction to the apparent stalling of Western talks with producer Iran [O/R]

Before Elon Musk, Twitter Had More Than 7,000 Workers. It Is Down To… 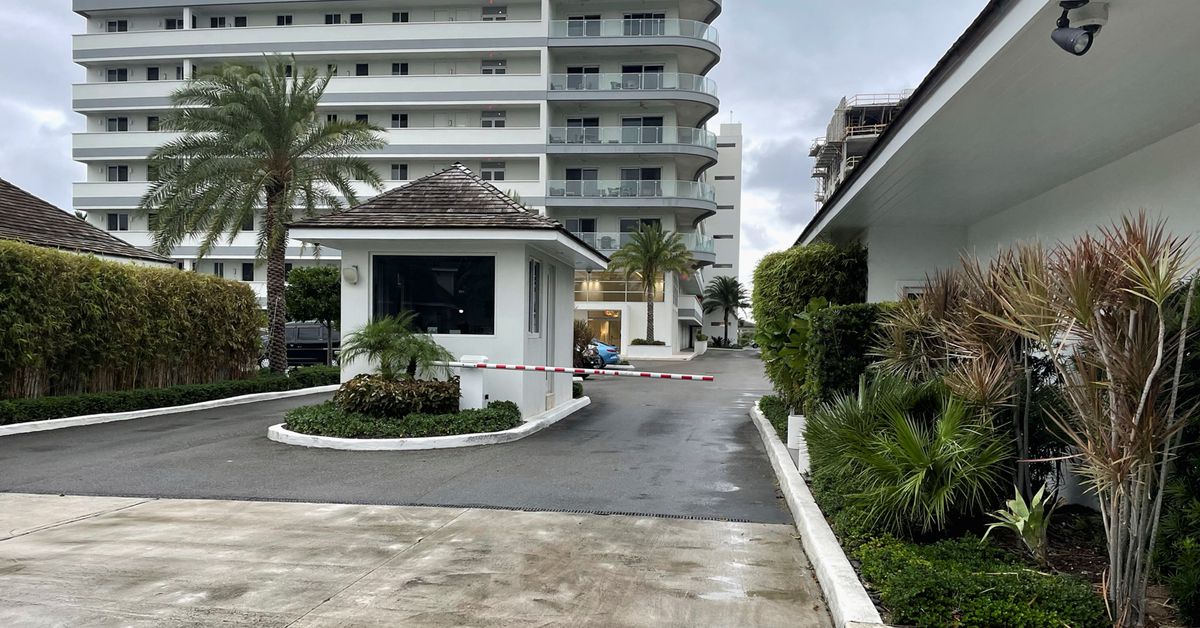