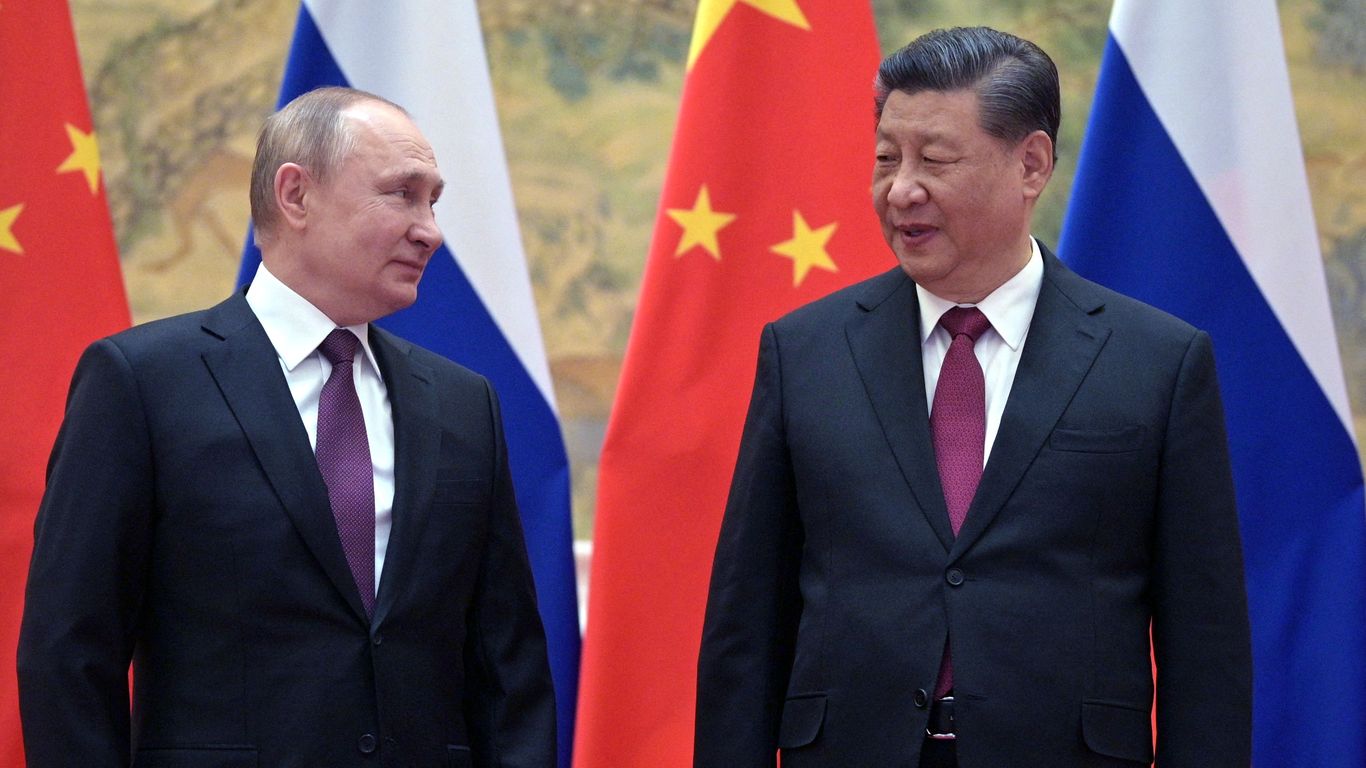 The Kremlin has asked China’s government for military equipment and other assistance to support the Russian invasion of Ukraine, per multiple reports citing US officials on Sunday.

What to watch: US officials said there were indications that Russia’s military was running out of weaponry and one added that the US was “preparing to warn its allies” due to signs that Beijing may be prepared to help Moscow, according to the Financial Times, which first reported the news.

Meanwhile, National security adviser Jake Sullivan is due to travel to Rome on Monday for a meeting with senior Chinese foreign policy adviser Yang Jiechi to discuss Russia’s invasion.

What they’re saying: Sullivan told CNN earlier on Sunday that US officials were “communicating directly, privately to Beijing that there will absolutely be consequences for large-scale sanctions evasion efforts or support to Russia to backfill them.”

Flashback: As Russia’s military was building the capacity to invade Ukraine last month, Putin and Xi issued a joint statement ahead of their meeting at the opening ceremony of the Beijing Olympics that voiced opposition to the further enlargement of NATO.

Editor’s note: This article has been updated with new details throughout.