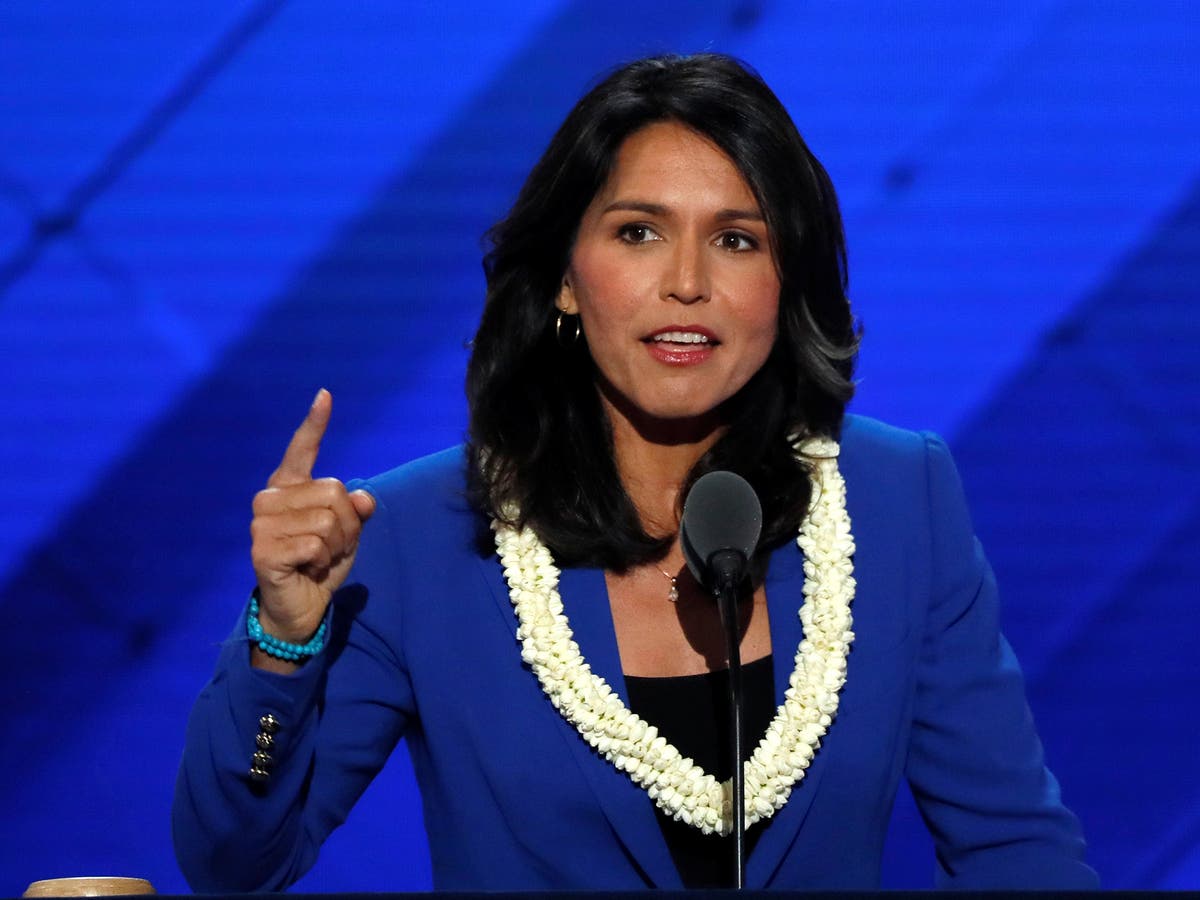 Utah Sen. Mitt Romney fiercely criticized former Congresswoman Tulsi Gabbard of Hawaii on Sunday and suggested that her remarks about the existence of so-called “US biolabs” in Ukraine would result in people being killed.

The Republican senator accused his ex-House counterpart, who served as a Democrat but has shifted far to the right since leaving office, or spreading “treasonous lies” that amounted to “Russian propaganda”. His statement came in reference to a video posted by Ms Gabbard that claimed the existence of “25 to 30” US-funded biolabs that she went on to assert “if breached would release & spread deadly pathogens to US / world”.

There are a handful of Ukrainian-run biological threat analysis and defense labs in Ukraine, but there’s no evidence to suggest that they are working on biological weapons as far-right commentators and the Russian government have claimed. It’s also not a certainty that the labs would release dangerous pathogens if damaged in the ongoing conflict, as experts have worked to destroy any dangerous substances on site.

The US and Ukrainian governments have both denied the existence of bioweapons facilities in Ukraine.

There are 25+ US-funded biolabs in Ukraine which if breached would release & spread deadly pathogens to US / world. We must take action now to prevent disaster. US / Russia / Ukraine / NATO / UN / EU must implement a ceasefire now around these labs until they are secured & pathogens destroyed pic.twitter.com/dhDTH5smIG

The Independent has reached out to the former congresswoman for comment.

While Ms Gabbard did not directly accuse the US of nefarious purposes in funding the labs operated by Ukraine’s government, the narrative plays into the hands of the Russian government, according to US officials, given that the Biden administration has said in recent days that their Russian counterparts are spreading false claims about supposed US-supported manufacturing of bioweapons in Ukraine which US officials say could be pretext to the deployment of chemical or biological weapons by Russia’s military in its bloody onslaught through Ukrainian territory.

Russia’s invasion has already reportedly killed thousands of civilians and US officials are now openly warning that the use of chemical or biological weapons by Moscow would escalate the conflict significantly.

US national security adviser Jake Sullivan warned on Sunday that the Biden administration would make Russia pay a “steep price” if chemical or biological weapons were used in Ukraine, but did not define what specific punishment Moscow would face. The White House has remained firm that US or NATO troops will not be used to defend Ukrainian territory.