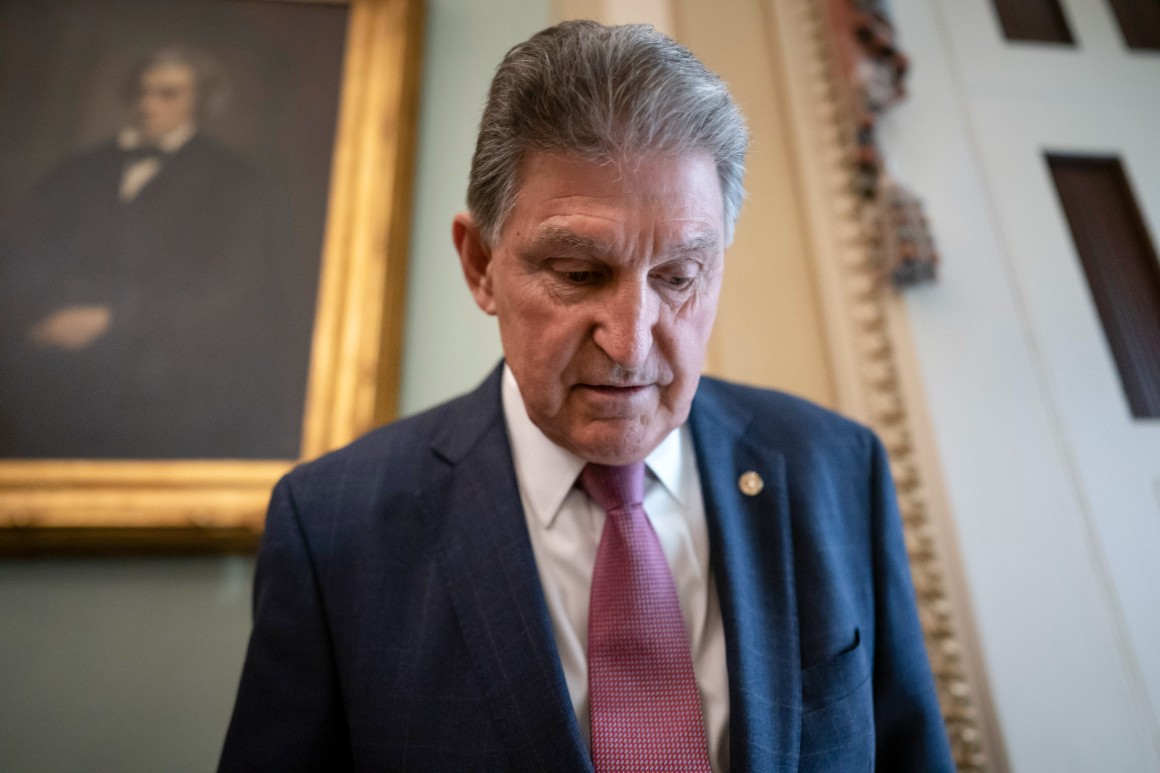 Raskin has been a proponent of putting a greater focus on the financial fallout of climate change, writing last September that regulators should “ask themselves how their existing instruments can be used to incentivize a rapid, orderly, and just transition away from high-emission and biodiversity-destroying investments. ” Republicans such as Sen. Pat Toomey of Pennsylvania expressed fear that she might pursue measures that would make it more expensive for banks to lend to oil companies.

It’s not the first time that Manchin has offered game-changing opposition to one of Biden’s nominees. He also opposed Neera Tanden to be Biden’s budget chief, eventually sinking her nomination after she was unable to rally any Republican support.

The move is also a further blow to the president’s efforts to fill key financial regulatory jobs. Another bank cop pick, Saule Omarova, withdrew her nomination as comptroller of the currency in December after she failed to garner enough support from moderate Democrats. The Fed board, meanwhile, has not had a point person on regulations since October, when Randal Quarles’ term as vice chair for supervision expired.

However, Manchin’s opposition could also break the logjam on Biden’s four remaining Fed nominees at a critical time for the central bank, which is set to begin raising interest rates this week in a bid to fight surging inflation. Powell’s first term as chair expired in February, and he has been serving on an acting basis since then. Fed board member Lael Brainard is waiting to be confirmed for a promotion as Powell’s No. 2, while two other candidates – Lisa Cook and Philip Jefferson – would fill vacant seats.

In an effort to hold up Raskin’s nomination, GOP senators refused to show up for a committee vote on the whole slate in February, which in an evenly divided Senate meant the panel lacked a quorum to hold a vote.

Republicans led by Toomey said she had failed to adequately answer questions they had about her time on the board of a Colorado financial institution. They have suggested that she used her influence as a former Fed board member to help that firm get preferential treatment by the central bank, although there is no evidence of wrongdoing on her part.

But Raskin’s views on climate change loomed large in their fierce opposition to her candidacy. GOP lawmakers argue that banks are capable of assessing their own investment risks and that regulators are overstepping their bounds in pressing banks to prepare for the potential financial fallout from a warming planet.

The White House has not suggested it will withdraw her nomination, calling her “one of the most qualified people to have ever been nominated for the Federal Reserve Board of Governors.” She previously served as a Fed board member and deputy Treasury secretary during the Obama administration and received some Republican votes for each of those positions.

“She has earned widespread support in the face of an unprecedented, baseless campaign led by oil and gas companies that sought to tarnish her distinguished career,” White House spokeswoman Chris Meagher said in a statement. “We are working to line up the bipartisan support that she deserves, so that she can be confirmed by the Senate for this important position.”