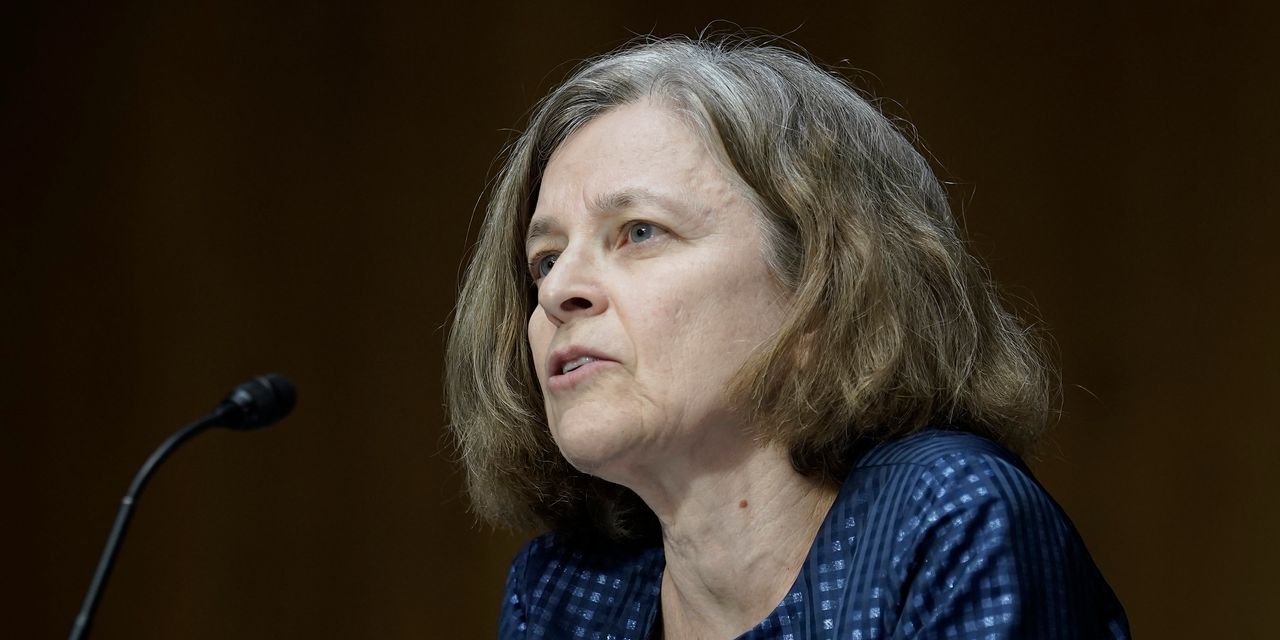 Late. Joe Manchin (D., W.Va.), a pivotal vote for Democrats in the 50-50 Senate, said Monday that he could not support Ms. Raskin’s nomination, citing her views on addressing climate change.

Democrats now would need the support of at least one Republican to confirm her, an unlikely prospect given opposition to her from many in the GOP.

“Unless there is a white knight hiding somewhere in the Republican caucus, it looks like Raskin’s nomination is effectively toast,” said Isaac Boltansky, director of policy research at brokerage firm BTIG.

For weeks, Ms. Raskin’s nomination to become the Fed’s deputy chairwoman for banking supervision has been stuck in the Senate Banking Committee after Republicans opposing her refused to attend a crucial committee vote. The move deprived Democrats of a quorum needed to advance her to the full Senate along with President Biden’s four other Fed picks — including Chairman Jerome Powell, who has been nominated for a second term leading the central bank.

Republicans, especially from energy-producing states such as Pennsylvania and Wyoming, oppose Ms. Raskin in part because of her 2020 criticism of the Treasury Department and Fed for providing broad-based emergency-lending backstops to assist businesses during the pandemic. She said the backstops should have been designed to avoid lending to highly indebted fossil-fuel companies.

In his statement, Mr. Manchin, who represents a coal-producing state, indicated he shared those concerns. “Her previous public statements have failed to satisfactorily address my concerns about the critical importance of financing an all-of-the-above energy policy to meet our nation’s critical energy needs.” Manchin said.

The chairman of the Senate Energy and Natural Resources Committee, Mr. Manchin has in recent weeks championed efforts to increase US energy production. He has criticized reliance on foreign energy sources after Russia’s invasion of Ukraine, introducing legislation to ban imports of Russian oil — a step the Biden administration eventually took.

A White House official said the administration was still working to line up bipartisan support for Ms. Raskin, saying she had been the target of an “unprecedented, baseless campaign led by oil and gas companies that sought to tarnish her distinguished career.”

Ms. Raskin did not immediately reply to a request for comment.

Republican lawmakers also said recently that they wanted more information about Ms. Raskin’s work as a board member at an obscure financial technology payments firm, Reserve Trust. The GOP officials, led by Pennsylvania Sen. Pat Toomey, said they were perturbed by what they perceived as insufficient candor about her role as a director at the company.

Ms. Raskin engaged in extensive back and forth with senators, including one-on-one meetings and responded to nearly 200 questions after her Feb. 3 hearing, White House officials have said.

She previously served on the Fed and as a top Treasury Department official during the Obama administration. Prior to that, she was Maryland’s state commissioner of financial regulation. She is a law professor at Duke University and is married to Rep. Jamie Raskin (D., Md.).

Mr. Manchin has proved to be a roadblock for many of the Biden administration’s goals. He opposed Mr. Biden’s first nominee to lead the Office of Management and Budget. The White House pulled the nomination after some Republicans said they would also oppose her.

Mr. Manchin scuttled the White House’s hopes of advancing a $ 2 trillion healthcare, climate-change and education package, which the party is still trying to revive.

The Biden administration has struggled to advance its nominees for top financial posts through the Senate. Saule Omarova, an academic tapped for a separate job overseeing large national banks, withdrew from consideration in December, amid objections from both Republicans and some Democrats.

It is not known whom Mr. Biden might nominate in Ms. Raskin’s place if she withdraws. The administration had previously eyed former Consumer Financial Protection Bureau Director Richard Cordray. It may be tricky for the White House to find candidates who can please progressives in the Democratic Party, such as Sen. Elizabeth Warren (D., Mass.), And any centrists who objected to Ms. Omarova and Ms. Raskin.

Philosophical differences divide some progressive Democrats, who want the central bank to play a more aggressive role addressing climate change, and Republicans who fear the Fed is straying beyond its dual mandate of stable prices and full employment.

Ms. Raskin’s difficulties also illustrate how nominations for the central bank have become more polarized. When she was nominated for Fed governor in 2010, she faced no opposition.

Delays in filling top Fed roles have slowed decisions on regulatory policy. The issues include a potential tweak to how the Fed counts deposits held at the central bank toward banks’ leverage ratio. The Fed allowed a temporary, pandemic-related reprieve from the capital requirements to expire last spring, but it said it would consider an overhaul to the rule’s treatment of ultrasafe assets. 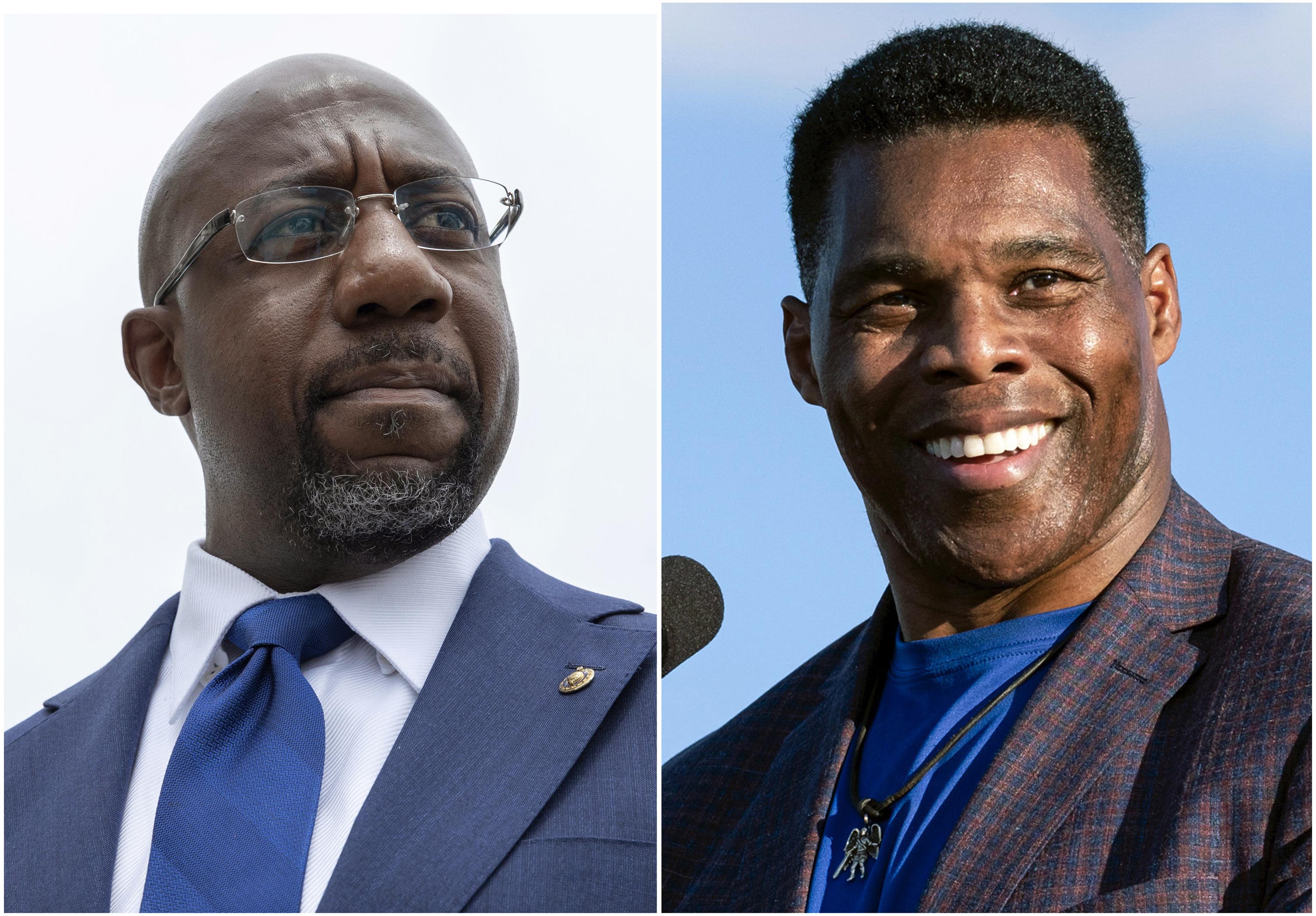