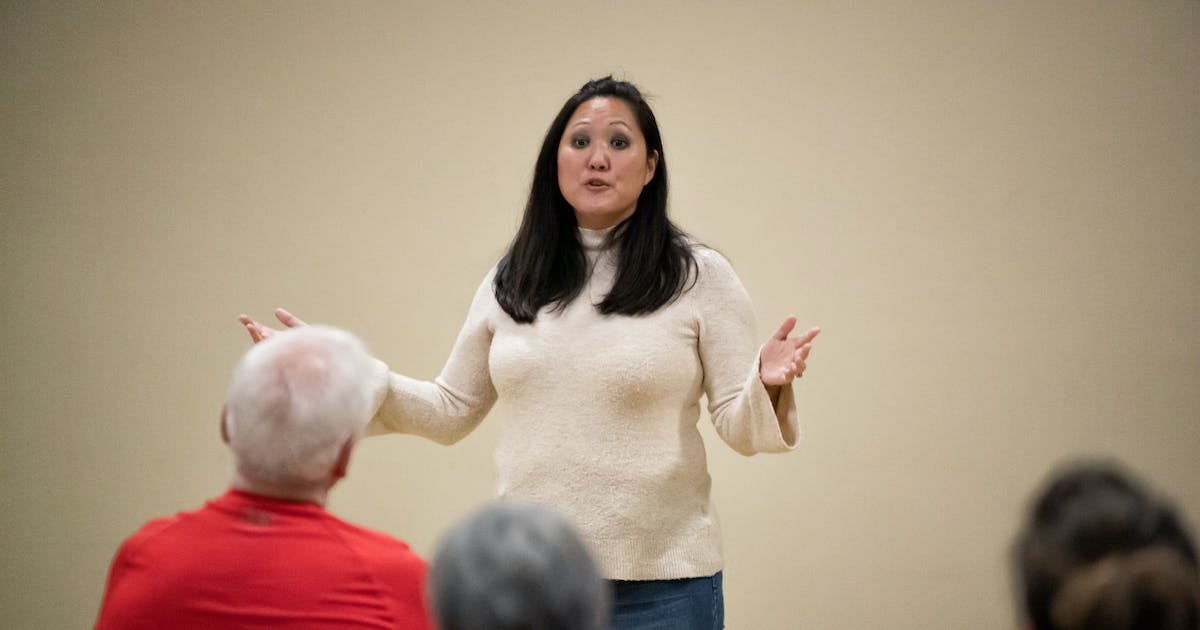 The former chair of Minnesota’s Republican Party is running for Congress just months after fellow GOP leaders helped force her out of power.

Jennifer Carnahan announced Monday she is running in the First District Congressional race in hopes of winning the southern Minnesota seat held by her late husband, Jim Hagedorn.

Carnahan enters a crowded field of more than a dozen candidates for the First District seat, including a host of Republicans, Democrats and a third-party candidate running under the Legal Marijuana Now banner.

“My husband and I worked side by side for four years, not only across Minnesota, but also across his district fighting for the conservative values ​​for southern Minnesota,” Carnahan said in a phone interview. “And that’s what I’m going to do as I’m running for the seat to keep my husband’s legacy moving forward.”

While Carnahan is a well-known name in the Minnesota GOP ranks, her candidacy comes with significant baggage. Calls for her resignation as the state party’s leader started last August after a major GOP donor she was close to, Anton “Tony” Lazzaro, was arrested on federal sex-trafficking charges.

In the days that followed, allegations emerged about a toxic work environment and unchecked sexual harassment under her watch. Carnahan resigned as party chair under pressure that same month.

But Monday’s announcement showed her absence from politics was only temporary and puts Republicans in the difficult spot of deciding whether to back her run, as the GOP continues to mourn Hagedorn’s death last month following a battle with kidney cancer.

In a statement, Minnesota DFL Party Chairman Ken Martin said that Carnahan resigned her role as state party chair “in disgrace” and highlighted the controversies she faced last August.

“Jennifer Carnahan’s leadership ability has been entirely discredited by those who worked most closely with her,” Martin said. “It is clear that Carnahan has no business serving in any elected office whatsoever.”

Carnahan stands by her tenure, saying that she made history as “the first Asian American and female elected to run either major political party in Minnesota.” While she pointed out that Republicans flipped three U.S. House seats in the state during her time as chair, the GOP also lost control of two suburban congressional seats now held by Democrats. No Republican candidates won statewide in either 2018 or 2020.

On the topic of Lazzaro, a close associate during her time as party chair, Carnahan referred to him as “a donor out there that did bad things which I strongly condemned right away.”

“Why was I singled out when many other Republican candidates, Republican organizations and national Republican leaders from Minnesota took thousands of dollars in contributions from this individual as well?” asked Carnahan, who was first elected as state party chair in 2017. “This is clearly a double standard. It’s time to move on.”

Races to represent the First District in Congress have been among the tightest contests in the state during the last three election cycles as Republicans wrestled back control of the seat. The GOP is in a prime position to hold the district given southern Minnesota’s favorable partisan tilt toward Republicans.

Voters have two chances to send someone to Washington, first in an August special to fill the remainder of Hagedorn’s term and then again in November’s general election for a full term under the new redistricting lines. A primary for the special election is set for May 24.