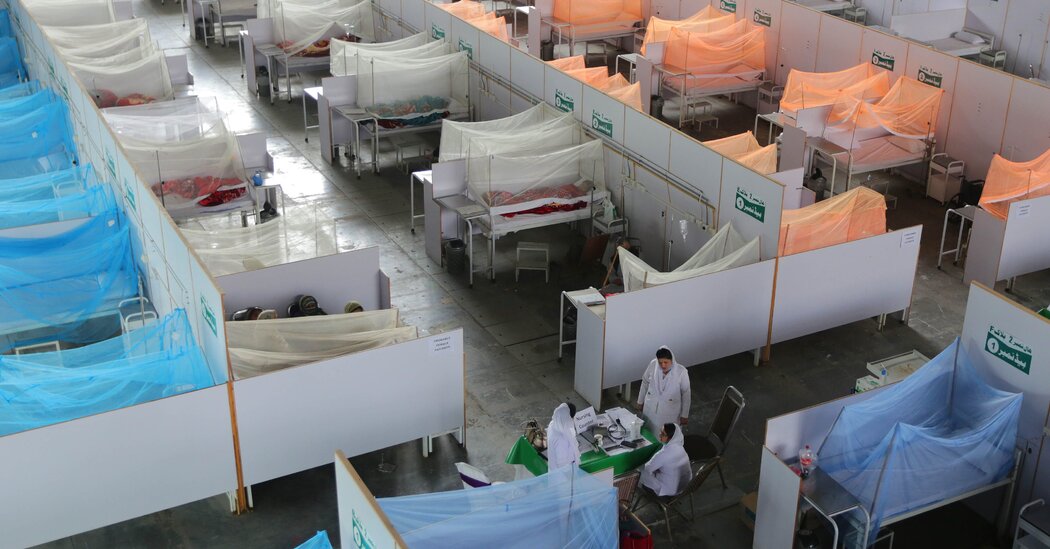 Public health measures to stop the spread of Covid-19 had an unintended consequence across Latin America and Southeast Asia in 2020: Dengue virus infections were prevented in hundreds of thousands of people, according to a study published in The Lancet this month. The research offers clues for new strategies to combat a dangerous tropical disease that had been infecting more people each year.

The research found a marked decline in infections from April 2020 across many regions where dengue is spread by mosquitoes; the study estimates that there were 720,000 fewer dengue cases globally in the first year of the pandemic because of restrictions on movement.

“We found really unexpected net benefits from Covid restrictions that are going to help us better fight dengue it in the future,” said Dr. Oliver Brady, an epidemiologist at the London School of Hygiene and Tropical Medicine who was the senior author of the study.

More than 5 million people were infected with dengue – also known as “breakbone fever” for the severe joint and muscle pain it causes – around the world in 2019.

Dr. Brady said that, early in the pandemic, he and other infectious disease researchers feared disaster, as resources were diverted to Covid-19, and other disease control measures – such as spraying for mosquitoes – were interrupted. The huge decline in dengue cases was a happy surprise, and left them eager to figure out what might have caused it. They eliminated other potential factors, including environmental changes and declines in reporting on dengue fever by public health agencies. That left only the severe disruption in the movement of people as a plausible explanation, he said.

School closures, in particular, appear to have played a key role in cutting dengue cases. The main dengue vector, Aedes aegypti mosquitoes, are daytime feeders. Most dengue control programs focus on people’s houses, spraying to kill mosquitoes and monitoring for standing water that could breed them, under the assumption that’s where transmission happens. “But if it were a case that the house was the really risky site and mosquitoes were just biting in the house, then you’d expect stay-at-home orders to increase risk – yet we just do not see that in many countries , ”He said.

The researchers are not suggesting that stay-at-home orders should continue, but the extraordinary circumstance allowed unexpected insight. Dr. Brady said their findings suggest biting is happening at school or in workplaces, which means mosquito control should be concentrated in public places. Dengue may also have declined during stay-at-home orders because when people did get infected, they were not going out where new mosquitoes could bite them and then pass the virus on to other people.

The dengue findings may prove relevant to other closely-related, mosquito-borne viruses including Zika and chikungunya, the study suggests. But Dr. Brady warned that the dengue data for 2021, which should be available soon, and for a post-pandemic period, could bring bad news: infection rates may climb back up to pre-Covid levels or worse, if vector control programs were disrupted, while immunity levels may have fallen because fewer people have been exposed, he said.