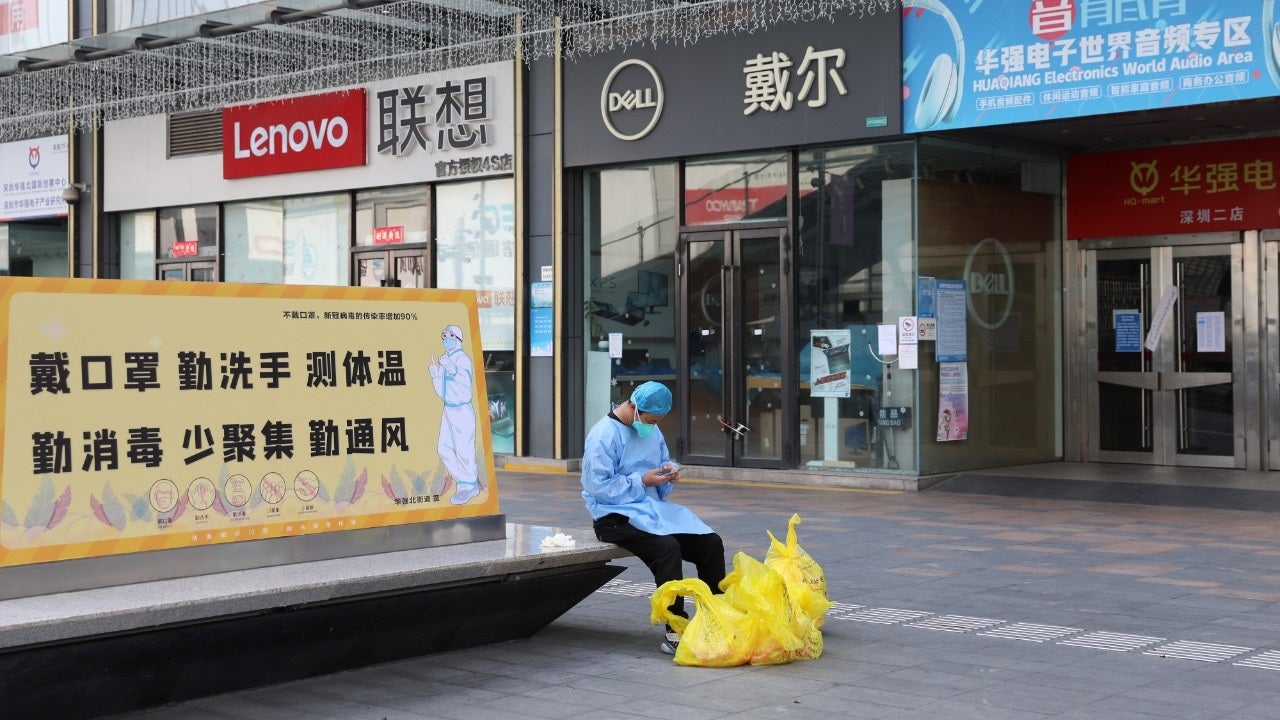 Former deputy national security adviser KT McFarland discusses China and Russia’s recent partnership announcement that is potentially one of the greatest ‘threats’ to US in history on ‘Fox Business Tonight.’

A spike in COVID-19 cases has prompted China to lock down two major cities, freezing production across a number of auto manufacturers and electronics factories – a move that threatens to further exacerbate the hottest inflation in four decades.

Beijing imposed a seven-day lockdown of Shenzhen, a key port city sometimes referred to as the “Silicon Valley of China,” as it pursues a zero-COVID strategy. Shenzhen is home to Foxconn, one of Apple’s biggest suppliers, as well as Tencent and Huawei.

Foxconn said Monday that it had suspended factory lines in Shenzhen because of the ban on nonessential work. The company did not immediately respond to a FOX Business request for comment, but a spokesperson told The Wall Street Journal that it plans to shift production to a different location in China that has not been affected by the latest restrictions.

WHERE ARE SURGING CONSUMER PRICES HITTING AMERICANS THE HARDEST?

Chinese authorities reported 1,337 locally transmitted cases of coronavirus across dozens of mainland cities on Monday, an outbreak driven by the fast-spreading “stealth variant” of BA.2, a subvariant of omicron. Shenzhen reported 75 new cases; the lockdown affects roughly 17.5 million people who live in the city, which neighbors Hong Kong.

The move could further inflame an already snarled global supply chain, which has contributed to the highest inflation in the US since 1982. The Labor Department reported last week that consumer prices surged 7.9% in February from the previous year – driven in part by a shortage of electronics.

In this May 26, 2010 file photo, staff members work on the production line at the Foxconn complex in the southern Chinese city of Shenzhen, southern China.

Foxconn’s factory in Shenzhen produces iPhones, Macs and iPads. But more than half of iPhones are produced at a separate factory in the Henan province, according to a Bank of America research note published on Monday.

“Apple / Foxconn have the ability to relocate production to other areas in the short term provided that there is not a significantly higher duration of lockdown,” the Bank of America economists wrote. “An increased period of shutdowns can cause ripple effects at other components that can create a shortfall in production.”

Apple did not immediately respond to a request for comment.

Another manufacturing hub hit by new lockdown measures is Changchun, located in the northeastern part of the country. The restrictions have affected Volkswagen AG, which halted production at its vehicle and component plants in the city from Monday through Wednesday, as well as Toyota, which halted production at its plant on Monday and will resume once the government gives the green light.