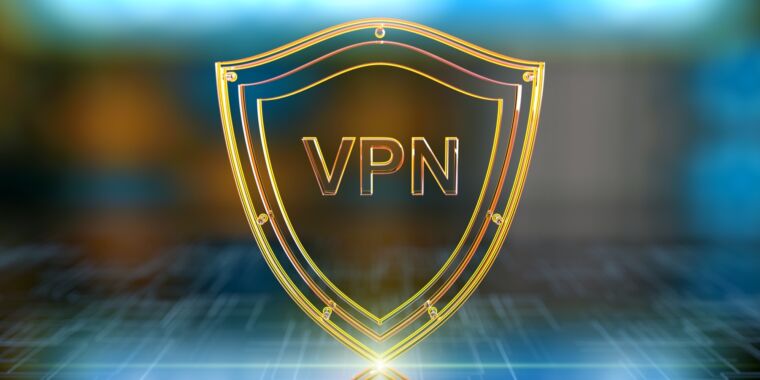 VPN operator TorGuard has agreed to block BitTorrent traffic on its US-based servers to settle a piracy lawsuit filed by a variety of companies that own movie copyrights.

“Pursuant to a confidential settlement agreement, Plaintiffs have requested, and Defendant has agreed to use commercially reasonable efforts to block BitTorrent traffic on its servers in the United States using firewall technology,” according to a joint stipulation filed on March 3 by plaintiffs and defendant VPNetworks, which does business under the name TorGuard. The plaintiffs ‘claims against TorGuard “are hereby dismissed with prejudice, each party to bear its own costs and attorneys’ fees,” said the filing in U.S. District Court for the Southern District of Florida.

TorGuard says it operates VPN servers in 50 countries, so its users can presumably still use BitTorrent by connecting to a non-US server. Though torrenting is widely used for piracy, the peer-to-peer technology is also used for legal distribution of files such as Linux ISOs and many types of content on the Internet Archive.

TorGuard issued a statement on its website yesterday after the settlement was reported by Bleeping Computer. “This month, TorGuard has started taking measures to block BitTorrent traffic on servers in the United States,” the company said.

“No reputable company that intends to stay in business can operate outside of the law, regardless of what country it chooses to incorporate in,” TorGuard wrote, adding that “we operate transparently within the USA as it offers our clients the strongest consumer privacy protections with no mandatory data logging requirements. ” Although the BitTorrent blocking was clearly spurred by the VPN company’s decision to settle the lawsuit, TorGuard said its “commitment to user privacy and service reliability is the reason we have taken measures to block BitTorrent traffic on servers within the United States.”

TorGuard further said it “has not been forced to log network usage data. Due to the nature of shared IPs and related hardware technicalities of how TorGuard’s network was built, it is impossible for us to do so.” TorGuard also said its “customer base has never been sold or acquired.”

As TorrentFreak wrote yesterday, “TorGuard is not the first VPN service to agree to block BitTorrent traffic to settle a lawsuit filed by these movie companies. VPN Unlimited signed a similar deal a few weeks ago, and last year VPN.ht also agreed to block torrent traffic on US servers. ” An exhibit of allegedly infringed works submitted by plaintiffs lists dozens of movies including Dallas Buyers Club, Hellboy, The Hitman’s Bodyguard, Rambo: Last Bloodand Tesla.