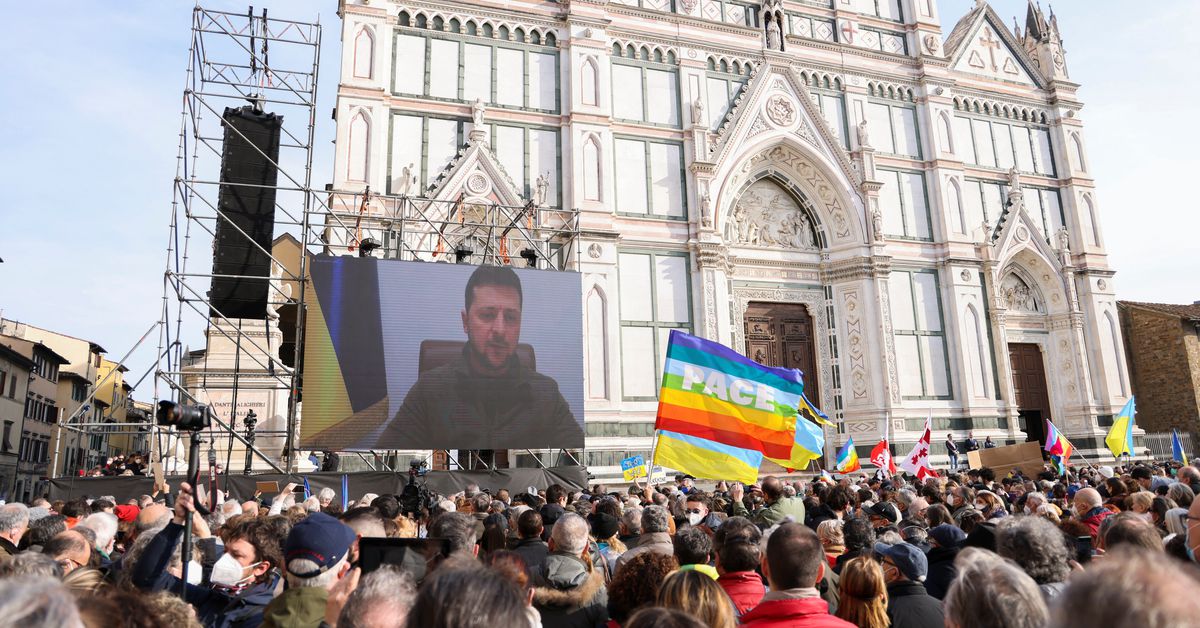 FLORENCE, March 12 (Reuters) – Thousands of people packed into one of Florence’s biggest squares on Saturday to show their support for Ukraine and listen to a videoed speech from its President Volodymyr Zelenskiy.

Florence has been twinned with Kyiv since the 1960s, when Ukraine’s capital sent aid to the Tuscan city to help it recover from a devastating flood.

The crowds waved blue and yellow flags in Piazza Santa Croce as church bells tolled 17 times – one for each day since Russia invaded Ukraine in what Moscow calls a “special operation”.

A number of Ukrainian women in the crowd wore flower crowns as a symbol of peace.

“Russians are under a dictatorship and can not understand why they came to destroy our cities and kill our children,” said Lesia Mykhailenko, who was born in Donetsk and now works for a law firm in Florence.

“I can not hate them because our bonds have lasted for centuries,” she added.

In a speech broadcast to dozens of European cities taking part in a day of protests, Zelenskiy said that 79 children had been killed in Ukraine since the beginning of the war and called for more sanctions against Moscow and a no-fly zone.