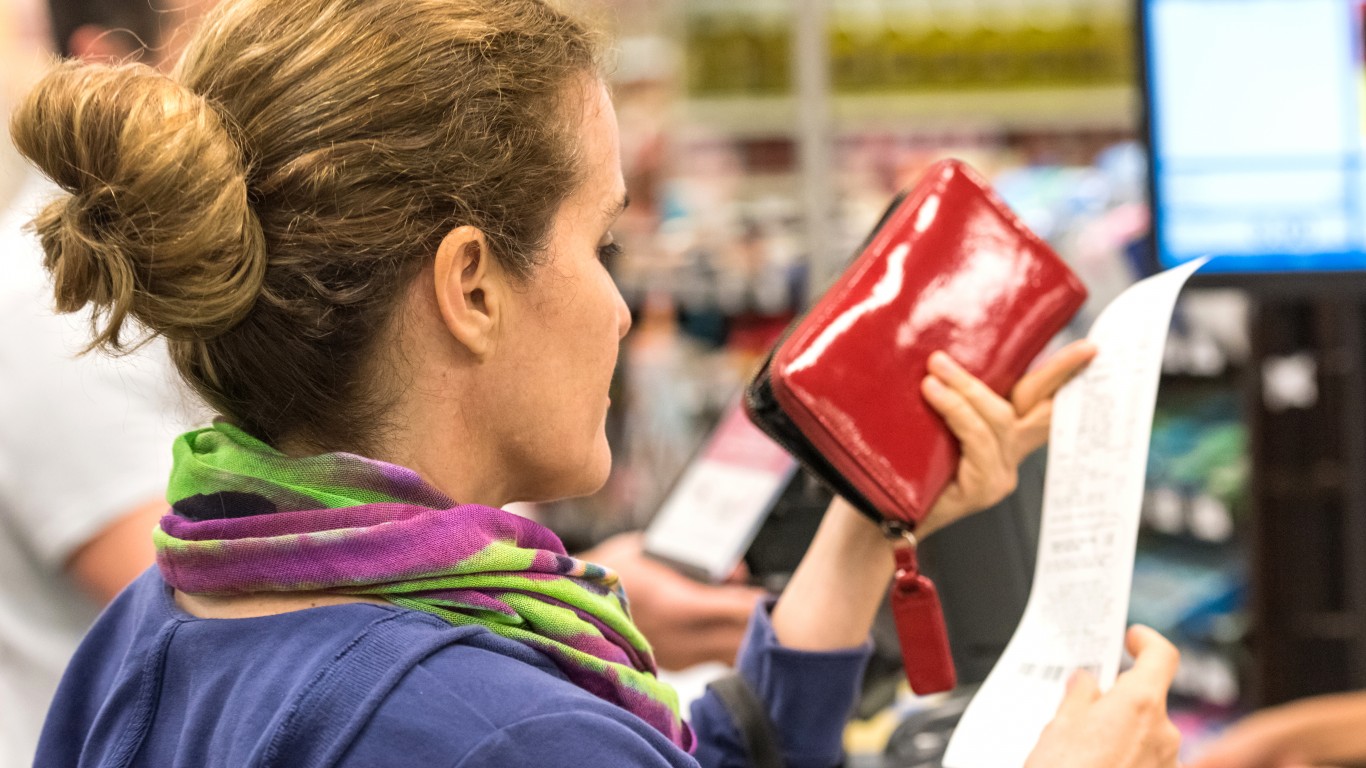 The consumer price index for February was yet another indication that inflation in the US has gotten out of control. Compared to the same month last year, prices rose 7.9%, the largest year-over-year increase since January 1982. One notable difference between the two periods is that the US was in a recession then. There are worries that current inflationary pressures could cause a recession later this year.

The prices of many household items rose rapidly, according to the Bureau of Labor Statistics’ recent release. Gas prices and energy were the most notable, with the price of fuel oil soaring. And these figures predate the March surge in gasoline prices that has pushed the price per gallon to the highest level in history. The March CPI may therefore be even higher. (See the states where gas prices are rising fastest.)

The costs of many foods also rose. The prices of new and used cars jumped by double digits, triggered by a chip shortage that, in turn, has caused a shortage of new vehicles that use them. This shortage is not expected to improve until later this year. In the summary, BLS experts wrote: “Increases in the indexes for gasoline, shelter, and food were the largest contributors to the seasonally adjusted all items increase.”

The price spikes raise several policy questions. The first is the pace at which the Federal Reserve raises rates to moderate the increase in prices. It appears that the Fed will raise rates by half a percentage point this month, with three more increases expected this year. However, as inflation accelerates, there will be a debate about whether these rates should be raised more often in 2022 or by larger steps – perhaps as high as 1% at any given time.

Some experts believe the inflation increase is behind us. Paul Ashworth, chief US economist for Capital Economics told The Wall Street Journal he believes that oil prices would soon decline and supply constraints ease and therefore “March should be the peak.” One of America’s most prominent economists and a former Treasury Secretary disagrees. Larry Summers believes that inflation will be troubling enough to cause a recession. (Inflation seems to have hit all parts of life. Here are 25 museums where ticket prices have risen the most.)

There is little reason to believe oil prices will drop based on current geopolitical conditions, which have triggered bans on the purchase of Russian crude. Car prices almost certainly will not moderate. Supply chain problems that have added to the cost of several items do not appear ready to be resolved soon. And the price of certain meats and grains have risen for over a year, implying longer-term issues. The February numbers may not be the worst this year.

24/7 Wall St. reviewed the BLS recent CPI release and listed household items whose prices increase by over 10% in February of 2022 compared to February 2021.