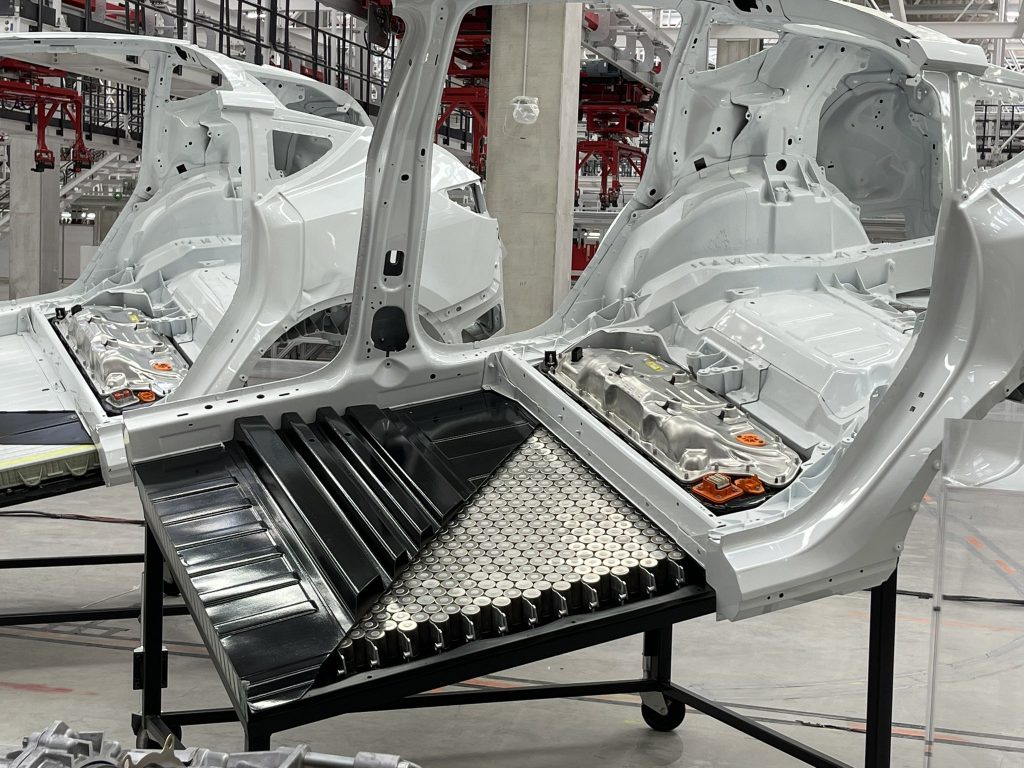 To state that Tesla’s future lies in the success or failure of the 4680 battery is not an understatement. Without 4680 cells, Tesla’s efforts to create an affordable car at a price point beneath the Model 3 would likely be for naught. But if the company succeeds in ramping up the production of its 4680 cells, Tesla could very well pave the way for electric vehicles to become the dominant form of personal transportation in the decades to come.

Getting there would not be easy. Tesla formally announced its 4680 battery project in September 2020, and since then, the company has been working hard to ramp up the production of the next-generation cell. Tesla produced its one millionth 4680 cell in January. That’s a milestone on its own, but it does show that the company still has a long way to go before it can fully ramp up its new battery.

Industry researcher Benchmark Mineral Intelligence estimates that one million 4680 cells are enough for just about 1,200 Model Ys. Tesla intends to produce far more than that per week in Gigafactory Texas alone.

Tesla’s 4680 cells are not designed like conventional batteries, and they are not made like traditional cells either. Tesla plans to use a new manufacturing technology called dry electrode coating, which was obtained from the company’s acquisition of Maxwell Technologies in 2019. Dry electrode manufacturing would allow Tesla to skip a conventional step in traditional battery production, which should lower costs significantly.

While Tesla acquired the technology, the innovations involved in the mass-production of 4680 cells using dry electrode coating are a massive challenge. Elon Musk has noted that the factory equipment for the process alone “does not exist,” so they still have to be made.

Shirley Meng, a University of Chicago professor who previously worked with Maxwell, noted that Tesla’s 4680 battery efforts could change the industry. She also emphasized that Tesla’s challenges in mass-producing the next-generation battery would be immense. “He (Elon Musk) is changing the way battery manufacturing is done. It’s really, really difficult to manufacture at a speed and at scale, ”she said. She also stated that Tesla may have to experience a “Death Valley” start to scaling up the dry electrode process for 4680 cells.

She does, however, believe that Tesla would overcome these difficulties.

Other experts and longtime followers of the company seem to agree on the difficulty involved in developing and ramping a new type of battery cell. Caspar Rawles, chief data officer at Benchmark Mineral Intelligence, noted that fine-tuning the production equipment for battery production alone is an extremely long process, and one that challenges even the industry’s veterans. “There’s a very long process of fine-tuning the equipment before you can get to volume production. Battery production is hard, even hard for experienced suppliers, ”he said.

This definitely seems to be the case with Panasonic. The Japanese tech conglomerate has been a longtime partner of Tesla, and it already operates Gigafactory Nevada with the EV maker. However, recent comments from Kazuo Tadanobu, the CEO of Panasonic’s energy division, revealed that even Panasonic had to take its time to develop its 4680 batteries. Tadanobu noted that Tesla has already deemed Panasonic’s 4680 cells viable for use, but mass production of the new batteries is still expected to start by the fiscal year ending in March 2024.

Tesla’s 4680 cells are expected to be used in vehicles like the Tesla Semi, the Cybertruck, and the company’s flagship supercar, the new Roadster. The next-generation batteries are also expected to be utilized in Tesla’s next big project, the production of an affordable $ 25,000 electric car.

Do not hesitate to contact us with news tips. Just send a message to [email protected] to give us a heads up.

Tesla’s 4680 battery ramp may experience a “Death Valley” start, but it will be overcome: expert