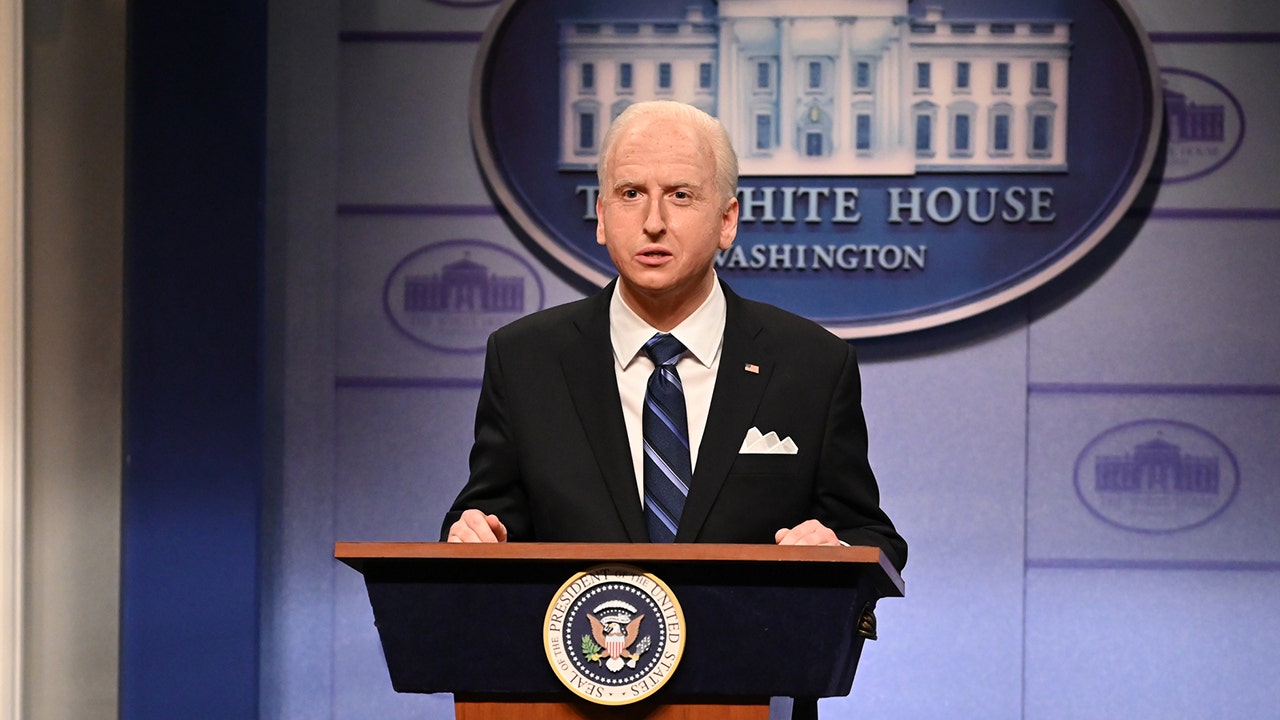 Psaki (Kate McKinnon) reminded the president she had “suggested it as a joke and then it actually happened.”

The comedy show prefaced the sketch by claiming Facebook and Instagram had been cut off in the region, leaving only TikTok to help wage the information war.

Johnson, as low-tech Biden, said he was struggling with this war being the first with a major social media influence, calling himself the “landline of presidents.”

He added that whenever he tries to search the word “malarkey” on his laptop, the search engine asks him if he means “magenta.”

“He means ‘technology’ but he says ‘computer,'” McKinnon as Psaki translated for the TikTok stars gathered in the room.

‘If I was your mother’

Biden and Psaki then turned to the influencers for advice on how to win over minds on social media.

First up was a woman who said she was known by the generic name “Actress from the CW” (Chloe Fineman), who said she would read poems to Putin to stop the war. (This was an obvious spoof of actress AnnaLynne McCord, whose real-life video recital of a poem for Putin went viral in late February.)

“Dear Vladimir Putin, if I was your mother I would have loved you more,” the actress character said to the camera, gesticulating wildly. “If I were your wife, I would have been so, so, so mad at you.”

Psaki cut her off as she started to say how she would feel about Putin if she were his “baby brother.”

Then came a “random middle-aged” roofer from Pittsburgh named Charles F. Damilio (Keenan Thompson). He said he did not know why he had been invited to the White House along with the gathering of millennials and Gen Z influencers, but he suspected he was confused with the TikToker Charli D’Amelio, a 17-year-old girl who has 130 million followers.

He said he planned to head out and “not that you care what a roofer thinks about Putin but maybe you should put someone on a roof and ping-pong-pow-pow-pow.”

Finally a 55-year-old TikToker (Bowen Yang), who described himself as the “guy who does a bunch of insane tricks with a toilet plunger stuck to my nipple,” came on to give an Oscar-worthy monologue complete with an orchestral soundtrack. He said that “asking TikTok stars how to fight Russia might sound like a joke,” but “remember, they said the same thing about the radio in WWII.

“Never underestimate the power of new technology and how it reaches young people in ways you could never understand,” he added. Yang performed the monologue shirtless, with the plunger struck to his chest – as the camera lingered in a closeup shot for a disturbing amount of time.

After Biden called the Yang character’s speech “truly inspiring,” Yang added that he planned to move the plunger to his “crotch, attach a knife and try to slice an apple in half. God bless America.”

The White House actually held a Zoom call with 30 TikTok stars on Thursday, briefing them about the war.

“The Batman” actress Zoë Kravitz guest-hosted and Rosalia was the musical guest. 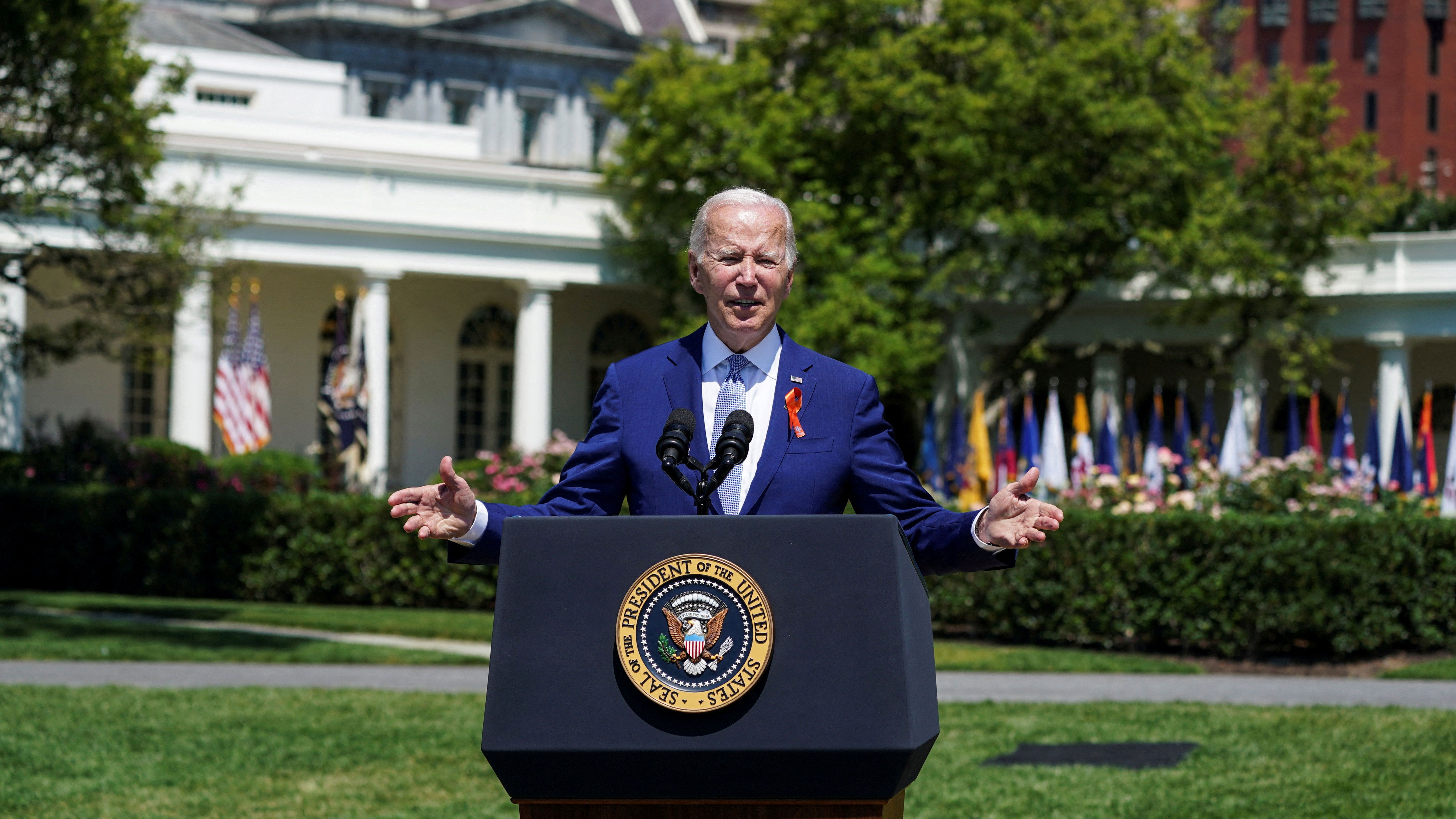 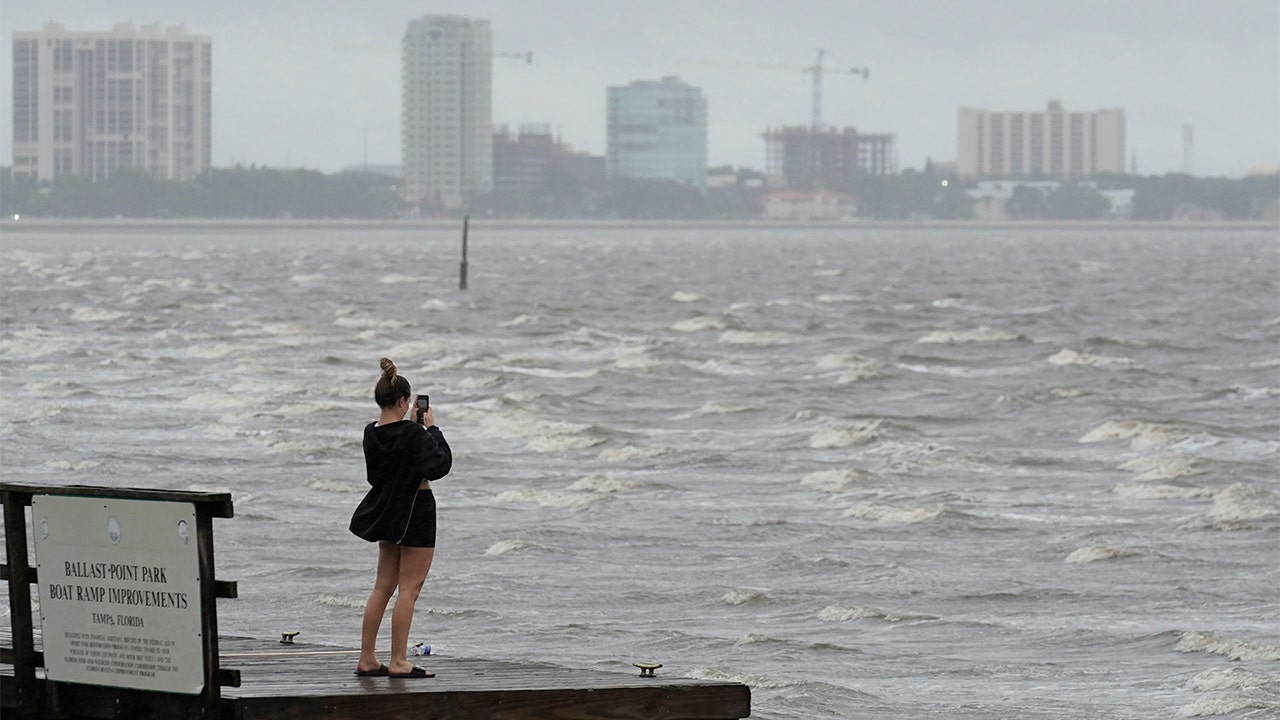 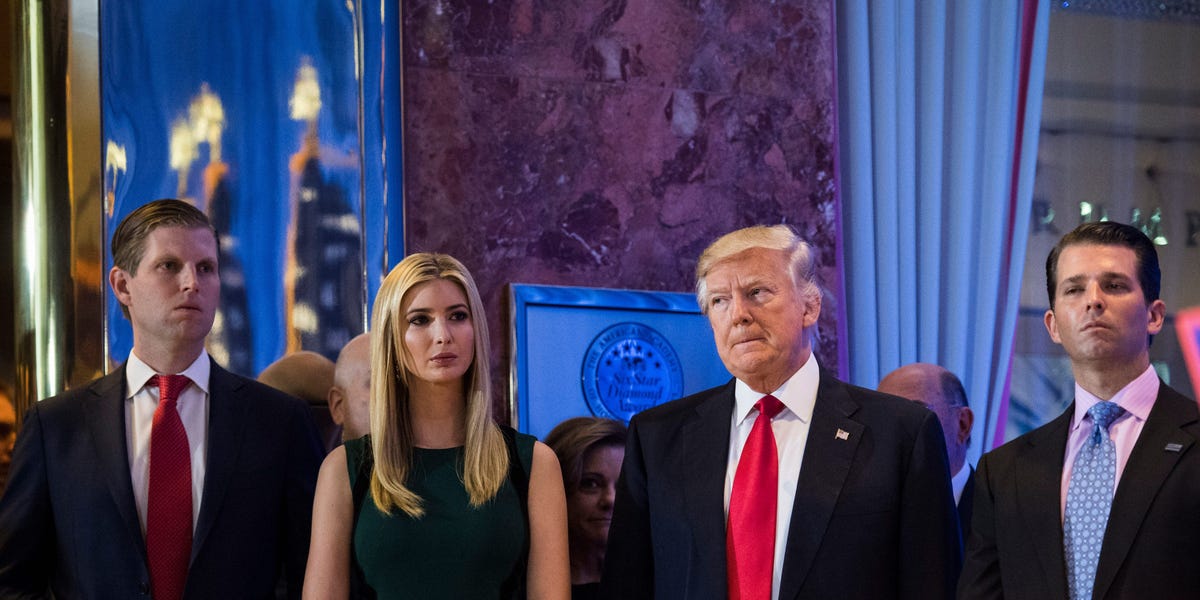