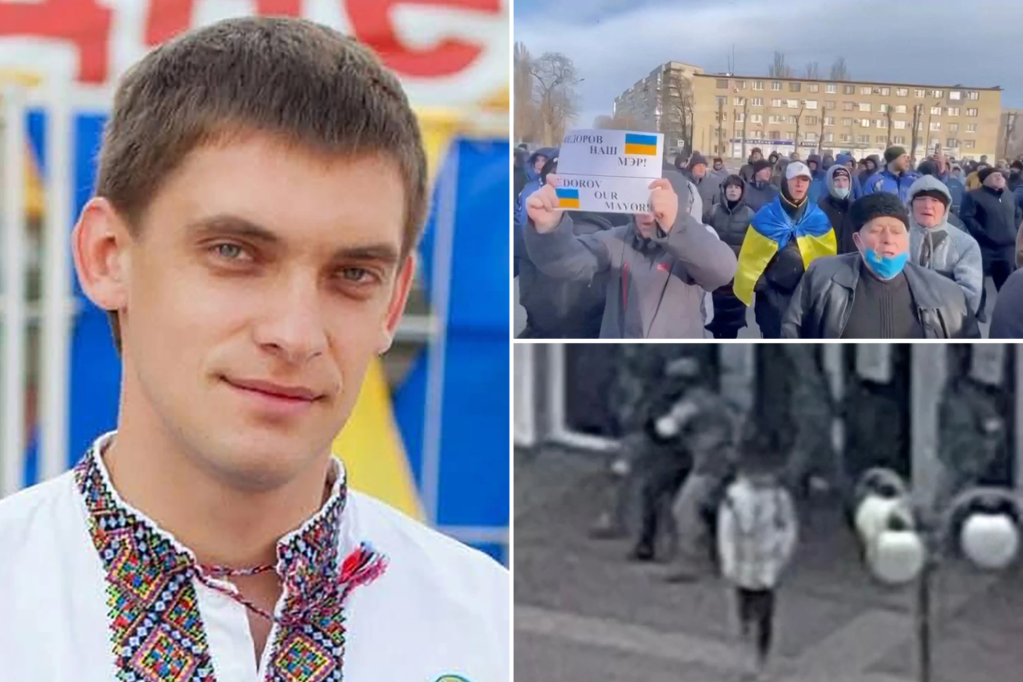 Russian military forces have installed a new mayor for the embattled city of Melitopol – one day after its elected mayor was kidnapped by a group of 10 Russian soldiers.

Mayor Ivan Fedorov was taken from Melitopol’s crisis center Friday with a plastic bag over his head after he “refused to cooperate with the enemy,” Ukraine’s parliament said.

More than 2,000 residents of the Russian-occupied city in the Kremlin-backed rebel region of Luhansk staged a rally to support Fedorov Saturday, while Ukraine President Volodymyr Zelensky demanded his immediate release.

But in a televised statement, Danilchenko said she aimed to get the city “back to normal” and warned against those who would “provoke a reaction of bad behavior.”

“I ask you to keep your wits about you and not to give in to these provocations,” she said.