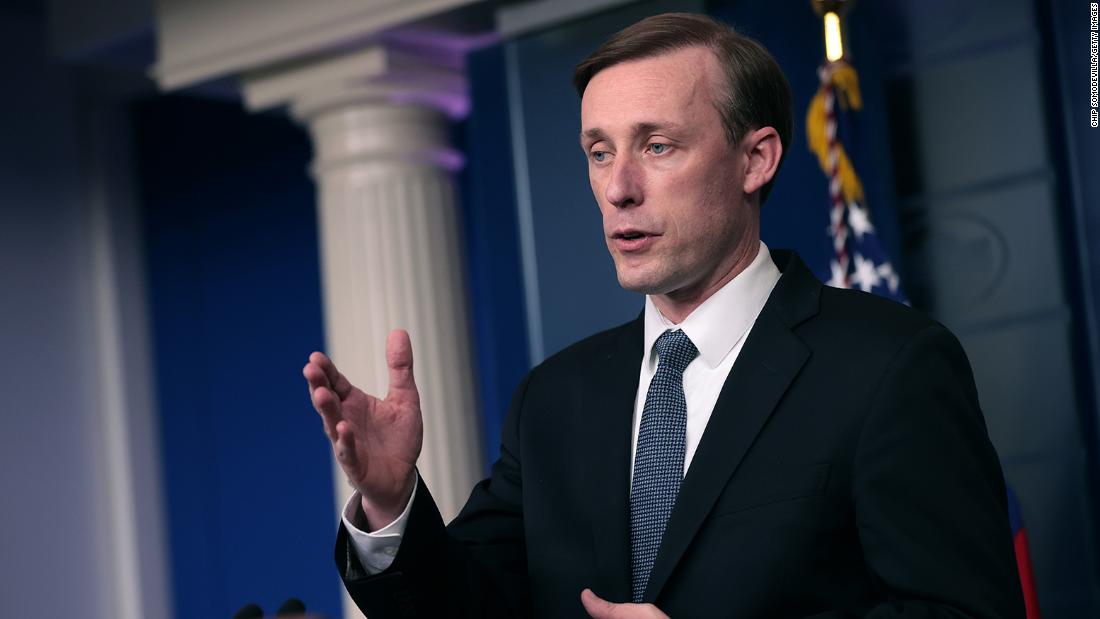 Potential assistance from the Chinese would be a significant development in Russia’s invasion, and could upend the hold Ukrainian forces still have in the country.

When asked by CNN about the reporting of Russia’s request for military aid, Liu Pengyu, spokesperson for the Chinese embassy in the US, said in a statement, “I’ve never heard of that.”

Pengyu expressed concern for “the Ukraine situation” – calling it “indeed disconcerting” – and said China has and will continue to provide humanitarian assistance to Ukraine.

Pengyu said: “The high priority now is to prevent the tense situation from escalating or even getting out of control. … China calls for exercising utmost restraint and preventing a massive humanitarian crisis.”

The Russian embassy in the US did not immediately respond to CNN’s request for comment.

Sullivan told Dana Bash on CNN’s “State of the Union” on Sunday that China providing Russia with support is a “concern.”

“We also are watching closely to see the extent to which China actually does provide any form of support, material support or economic support, to Russia. It is a concern of ours. And we have communicated to Beijing that we will not stand by and allow any country to compensate Russia for its losses from the economic sanctions, “Sullivan said.

Russia expanded its offensive to western Ukraine on Sunday, firing missiles near the city of Lviv and hitting a large military base close to the Polish border, reportedly killing dozens of people as the war draws closer to NATO’s territory.

Local authorities say 35 people were killed and 134 injured at the military base, in what Ukraine’s Minister of Defense Oleksii Reznikov described as a “terrorist attack” on peace and security “near the EU-NATO border.”

US officials, including White House press secretary Jen Psaki, have been increasingly critical of Beijing’s response to Russia’s war in Ukraine. While Beijing has seemingly tried to strike a neutral tone on the international stage, Chinese domestic media coverage has promoted Russian disinformation campaigns and described the war as a “special military operation.” Psaki also tweeted Wednesday that Beijing “has seemingly endorsed” false Russian claims that the US is developing chemical weapons in Ukraine.

“Our assessment right now is that (China is) abiding by the requirements that have been put in place, but we would continue to encourage any country to think a lot about what place they want to – what role they want to play – in history as we all look back, “Psaki said during a news conference Wednesday.

Sullivan told Bash on Sunday that the US has made it clear to Beijing that there will “absolutely be consequences” for “large-scale” efforts to give the Kremlin a workaround to US sanctions.

Still, Sullivan said that while the US believes “China, in fact, was aware before the invasion took place that Vladimir Putin was planning something, they may not have understood the full extent of it.”

“Because it’s very possible that Putin lied to them the same way that he lied to Europeans and others,” Sullivan told Bash.

While US officials have made note that China has been abiding by the sanctions the US and its allies have imposed against Russia, Biden said recently he was not prepared to discuss his efforts to pressure China to help isolate Russia over the Kremlin’s bloody war.

“I’m not prepared to comment on that at the moment,” Biden told reporters at the White House in February.

Biden has often talked about his conversations with Xi, frequently recalling the dozens of hours the two leaders spent with each other when they were serving as their country’s vice presidents. In his speeches, Biden often likes to recall dining with Xi on the Tibetan Plateau and describing the United States in one word: “possibilities.”

During the face-to-face meeting in Rome, Sullivan and Yang will also discuss issues that Biden and Xi went over during their virtual call last year, sources familiar with the matter say. The sources added that this meeting has been in the works for some time, and they do not expect any concrete outcomes from it.

Since taking office, Biden has stressed he believes the US is at an inflection point in its history and must show the world democracies can compete with autocratic regimes like China’s.

“To compete for the best jobs of the future, we also need to level the playing field with China and other competitors,” Biden said at his first State of the Union address earlier this month.

During the three-hour summit with his Chinese counterpart roughly four months ago, Biden raised concerns about human rights, Chinese aggression toward Taiwan and trade issues. The Biden administration has been clear managing competition with China is a long-term national security and economic priority of the United States.

“How the United States, Europe, and Asia work together to secure peace and defend our shared values ​​and advance our prosperity across the Pacific will be among the most consequential efforts we undertake,” Biden said at the Munich security conference last year.

While in Rome, Sullivan is also expected to meet with Luigi Mattiolo, diplomatic adviser to the Italian Prime Minister; the two men will discuss ongoing efforts to respond to the Kremlin’s invasion of Ukraine, according to Horne’s statement.

Meanwhile, Sullivan told CNN on Sunday that while the Biden administration is “concerned about the possibility of escalation,” with respect to Putin’s nuclear posture, “we have not seen anything that would require us to change our nuclear posture at this time.”

“We are watching this extremely closely, and obviously, the escalation risk with a nuclear power is severe, and it is a different kind of conflict than other conflicts the American people have seen over the years,” he said on “State of the Union . “

Still, Sullivan stood by the administration’s decision to reject a Polish offer to transfer fighter jets to Ukraine through the United States and a German air base.

“The President listened to the assessment of his intelligence community, he listened to the advice of his military commanders, he consulted his NATO allies, and he ultimately determined that the risk-benefit analysis of flying planes from NATO bases into contested airspace over Ukraine did not make sense, was not something that he would authorize, “he said, adding the US is focused on providing” other anti-air systems that could help the Ukrainians make progress in terms of dealing with the threat that is coming from the air from the Russian side. ”

The national security adviser also reiterated comments from Biden earlier this week that Russia “would pay a severe price” if they chose to use chemical or biological weapons in Ukraine, adding that Russia’s accusations against Ukraine preparing to deploy chemical weapons “is a tell, a tell that they themselves may be preparing to do so and then trying to pin the blame on someone else– that’s a classic page out of the Russian playbook. ” 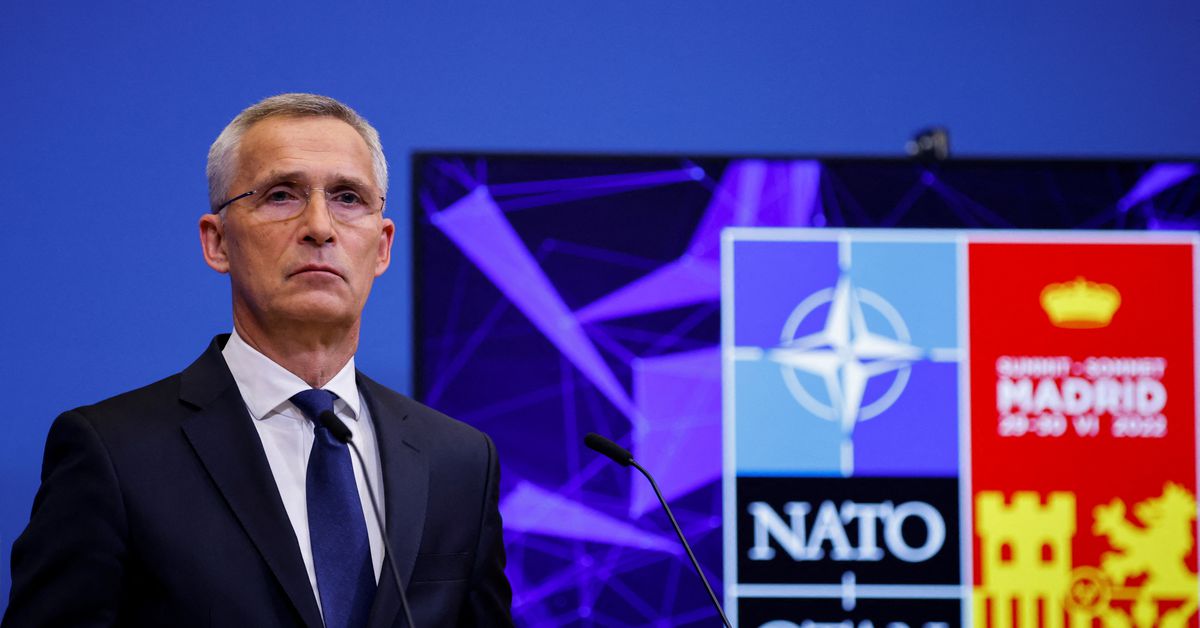 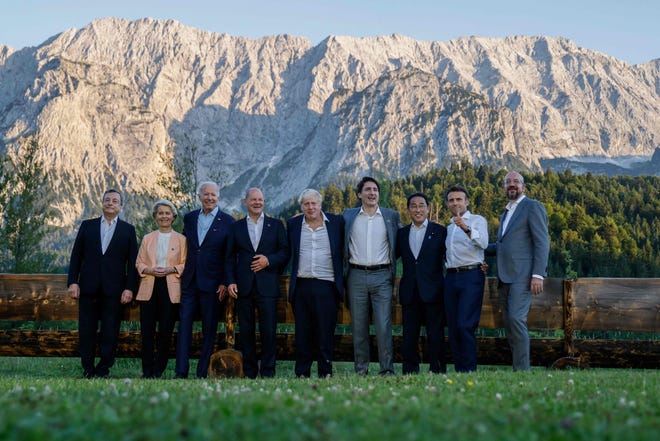 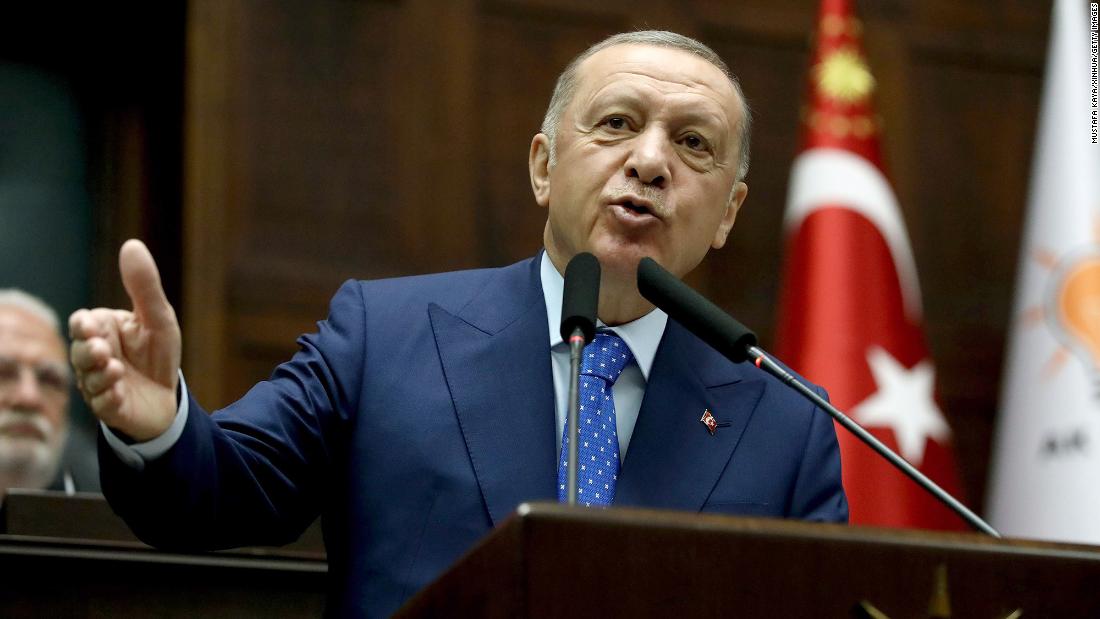