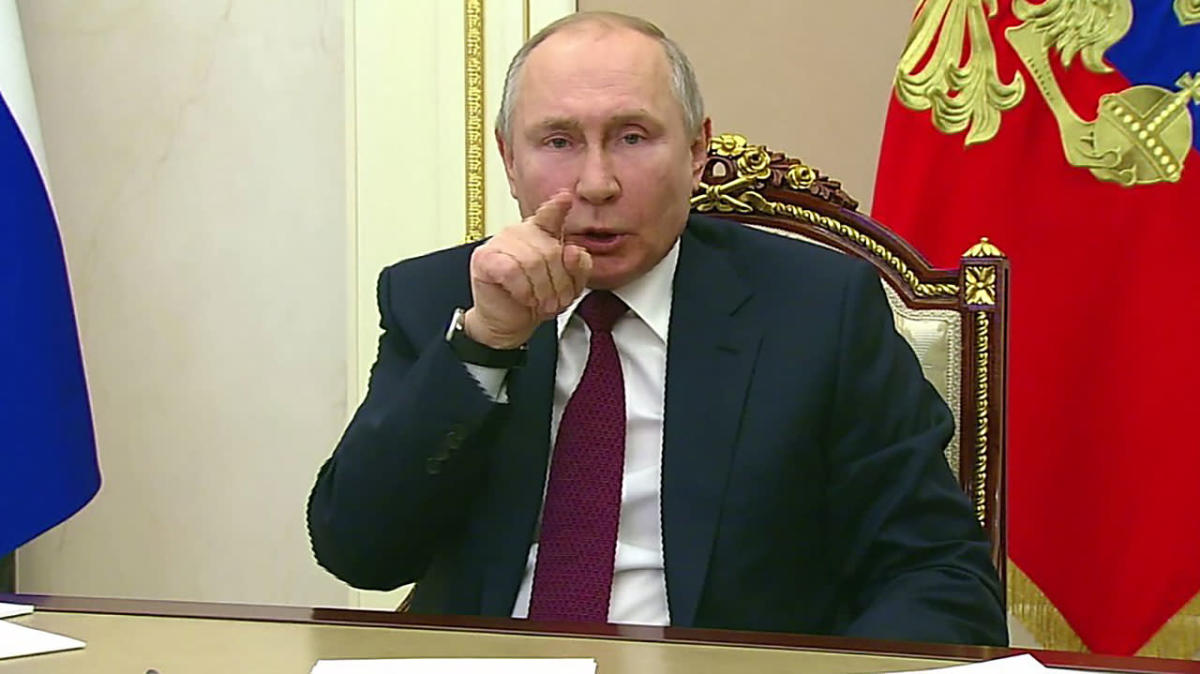 Russian President Vladimir Putin has reportedly placed one of his top intelligence officials on house arrest, a move that one expert tells Fox News Digital would be a sign that he is seeking to shift blame for a Ukrainian invasion that US intelligence believes has not gone according to plan.

According to a report from the Sunday Times, Russian journalist Andrei Soldatov claims that Putin has arrested the head of the Federal Security Service, Sergey Beseda. Fox News has not independently confirmed this.

RUSSIA EXPERT: PUTIN ‘CORNERED LIKE A RAT’ AND WILL DO WHATEVER NECESSARY TO LASH OUT

Beseda has reportedly been placed on house arrest along with his deputy Anatoly Bolyukh.

The Federal Security Service, known as the FSB, is Russia’s top security and counterintelligence apparatus. One former US intelligence officer tells Fox News Digital that the move signals Putin’s dissatisfaction with his intelligence community’s assessment of the Ukrainian invasion.

“It means that Putin is angry and recognized that he was not provided with accurate intelligence,” Rebekah Koffler, a former US Defense Intelligence Agency agent and author of “Putin’s Playbook: Russia’s Secret Plan to Defeat America”, told Fox News Digital about the significance of the report.

Vladimir Osechkin, an exiled Russian human rights activist, confirmed the arrests in the Sunday Times report and said that FSB agents carried out searches at more than 20 Moscow addresses of colleagues who are suspected of contacting journalists.

“The formal basis for conducting these searches is the accusation of the embezzlement of funds earmarked for subversive activities in Ukraine,” Osechkin said in the report. “The real reason is unreliable, incomplete and partially false information about the political situation in Ukraine.”

Koffler believes that Putin has assessed that his inability to capture control of Ukraine in a swift manner has to do with “poor intelligence” that has contributed to two major miscalculations.

Those two missteps, Koffler says, are the failure to anticipate how fiercely Ukranians would fight for their homeland and the role technology would play in bringing the images of destruction to households across the world.

“He definitely miscalculated and now he feels that he’s trapped because he has to execute this operation and reach his goal,” Koffler told Fox News.

While US officials say that Putin has been gaining ground in recent days in his push to capture the Ukrainian capital of Kyiv, it is widely believed that his invasion has not gone as efficiently as he had hoped.

“We continue to believe, based on what we’ve observed, that this resistance is greater than what the Russians expected,” a US official told Fox News during the first few days of the invasion.

President Biden said this week that Putin has “failed” on multiple fronts during his invasion of Ukraine.