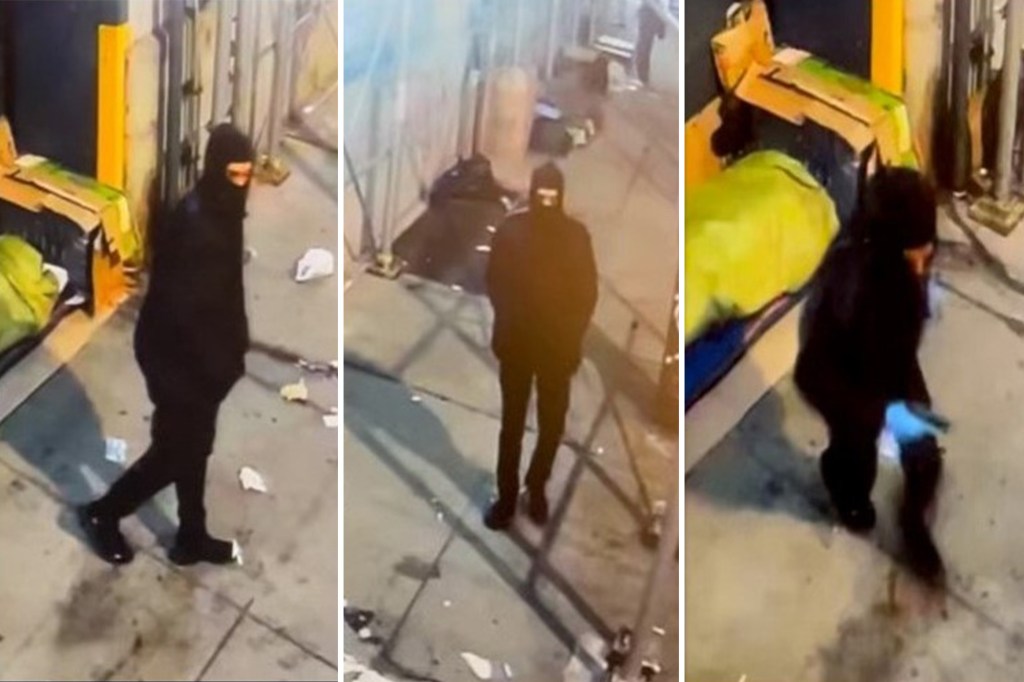 Police announced a $ 10,000 reward Sunday for information leading to the arrest of the creep who shot two homeless men – killing one of them – as they slept on the streets in Manhattan.

The sickening spree began around 5 a.m. Saturday, where the gunman, dressed in all black, shot a 38-year-old vagrant in the arm as he slept on King Street in Soho, cops said. He is in stable condition.

About an hour later, the suspect shot a second victim – covered in a sleeping bag – about 15 blocks away outside 148 Lafayette Street. That victim was fatally struck in the head and neck. The disturbing slay was caught on video.

The reward was announced as Mayor Adams said the senseless shootings “broke my heart.”

“This was an intentional murder,” Adams said at an unrelated press conference.

“This individual approached the two men, one at a time. You see him looking around, kicking the homeless person to make sure they were not asleep and just assassinated them ,. It’s just something you would not imagine would take place in our city. ”

Hizzoner said the first man who was shot may have lived – only because he woke up in time.

“Thank God, I believe one of the homeless gentlemen – our neighbor, our brother – I believe he’s alive today because he woke up after he heard the first gunshot and started yelling,” Adams said. “The second person did not. I mean, he stood over him and shot him in the head for no reason at all, for being homeless. ”

Adams said the city was mobilizing workers to try to get more homeless people into shelters in wake of the violence.

“If not, give them the resources they deserve,” he said. “But being homeless should not turn into a homicide, and I want to catch this guy bad.”

Anyone with information regarding this incident is asked to call the NYPD’s Crime Stoppers Hotline at 1-800-577-TIPS (8477) or for Spanish, 1-888-57-PISTA (74782). The public can also submit their tips by logging onto the Crime Stoppers website.