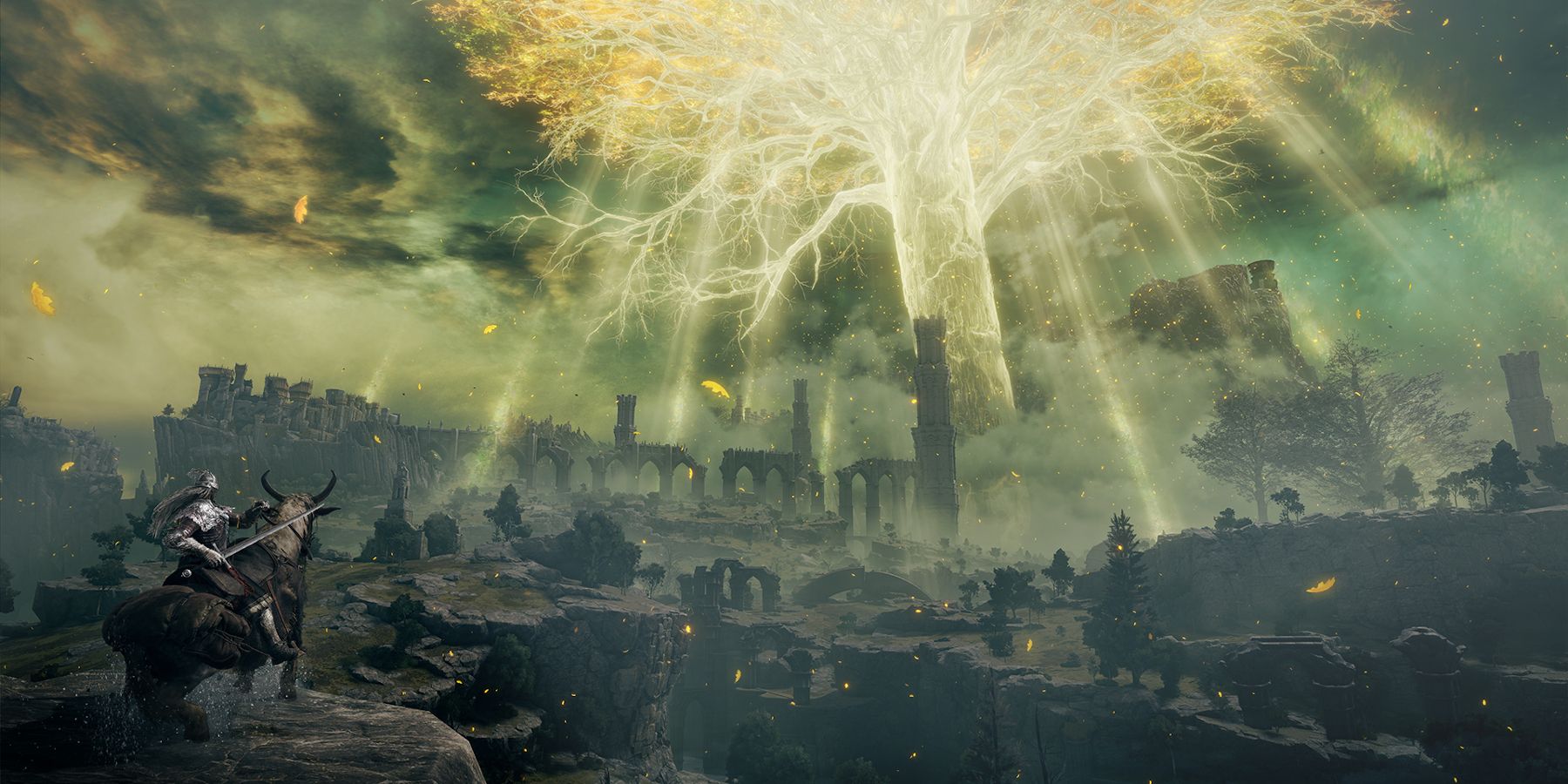 There are a total of eight legendary talismans in Elden Ring, and many players will undoubtedly be interested in collecting all of them. Indeed, the powerful bonuses that these talismans grant make them extremely desirable, though tracking them down can be quite difficult. For those fans that would like to obtain every legendary talisman in Elden Ringdetails on their locations can be found in this guide.

This legendary talisman is in Elden Ring‘s Academy of Raya Lucaria in Liurnia. Starting at the Debate Parlor Site of Grace, players should head north and immediately turn right upon exiting the building. Fans should then walk forward until they hit the banister, turn to the right, and jump over the banister in front of them to land on a ledge.

There is a ladder at the far side of this ledge, which Elden Ring players should now climb. At the top, fans should scale the stairs and jump through the broken window that is on the right. Players should now turn to the right and follow the path ahead to reach a chest that contains the Radagon Icon.

For this talisman, players should head to Elden Ring‘s Fort Faroth in the Caelid region. Upon arriving at this location, fans should run to the ladder in the back and climb it. Players should now run across the roof, falling into the third hole that they encounter.

Fans will now find themselves standing on a wood platform, and they should follow the walkway that leads east from it, turning to face south as soon as the wood slat wall on their right side ends. Players should now be looking at another platform beyond that wood slat wall, and they should jump to it, follow the path, and descend a ladder to reach Radagon’s Soreseal.

Players that are interested in this legendary talisman will need to make their way to the Nokstella, Eternal City Site of Grace. This is something that will occur during Ranni’s questline in Elden Ringand here is the route that is to be taken from the Site of Grace:

Fans can find this legendary talisman in Elden Ring‘s Crumbling Farum Azula, which is accessed by way of the Forge of the Giants Site of Grace in the Mountaintops of the Giants. From the Beside the Great Bridge Site of Grace in this area, players should climb the stairs to the west, turn left at the top, and then climb the next set of stairs. From here, players should travel north and pass through a doorway that is flanked by torches.

Fans should then pass through a doorway on their right, walk a few steps south, and descend a ladder. There is a walkway leading to a tower at the bottom of this ladder, and the Old Lord’s Talisman is in a chest inside it.

The first step toward obtaining this talisman is to reach Miquella’s Haligtree. To do that, players must find two pieces of the Haligtree Secret Medallion and use the assembled medallion to ride the Grand Lift of Rold in the Mountaintops of the Giants. Fans must then solve the puzzle in the nearby Ordina, Liturgical Town to access a portal that leads to the Haligtree in Elden Ring.

Upon arrival at this special location, players should work their way to the Elphael Inner Wall Site of Grace. Starting in the room with this Site of Grace, fans should exit at the northeast corner and then head southeast for a short distance to find a ladder. There is a path at the bottom of this ladder that leads in a southeastward direction, and it will take players to a Stonesword Key door that blocks Marika’s Soreseal.

This talisman also requires a trip to Miquella’s Haligtree, though this time players should start from the Drainage Channel Site of Grace. Fans should head east out of the room with this Site of Grace in Elden Ring, stopping before they fall off the ledge. Players should then turn to the left and jump onto the tree root in front of them.

Fans must now use tree roots and the building’s structural elements to make their way north. The goal here is to reach the hole in the roof of the chapel, and players will see the Dragoncrest Greatshield Talisman amidst some enemies to the west after falling through that hole.

The final legendary talisman can only be accessed after a notable change has taken place at Elden Ring‘s Leyndell, Royal Capital. While the specifics of that change will not be described here, in an attempt to avoid spoilers, it will occur through story progression, and it should be quite obvious.

Following the change, players should head to the Forbidden Lands Site of Grace in Altus Plateau, walk west toward Leyndell, and ride the lift. Fans should then continue across the bridge in the Capital Outskirts and ride the lift at the end down. When that second lift comes to a stop, players should make their way down into the area with Elden Ring‘s Ulcerated Tree Spirits, and they will find the Erdtree’s Favor +2 on a tree stump extending from the ground.

Elden Ring is available now for PC, PlayStation 4 and 5, and Xbox One and Series X | S.

Unova, though not without its challenges, would be a great region to see adapted into a Pokemon Legends: Arceus sequel eventually.

William Parks is an editor at Game Rant with a background in visual arts. Upon graduating from the University of Southern California’s School of Cinematic Arts, William entered the realm of fine arts administration, assisting curators, artists, and fine art professionals with the realization of contemporary art exhibitions. All the while, William’s passion for games remained. William’s first console was the NES, but when he was eight, it was The Legend of Zelda: Link’s Awakening on Game Boy that fully cemented his interest in the format. This interest reached a height with MMORPGs like Asheron’s Call 2, Star Wars Galaxies, and World of Warcraft, on which William spent considerable time up until college. Now, William enjoys playing Super Mario Maker 2 on the Switch with his daughter and finding time to sneak into the newest From Software game whenever possible. So too, an interest in Magic: The Gathering has persisted since William’s youth, and he can frequently be found watching Magic streams on Twitch and reading over the latest set of spoilers.