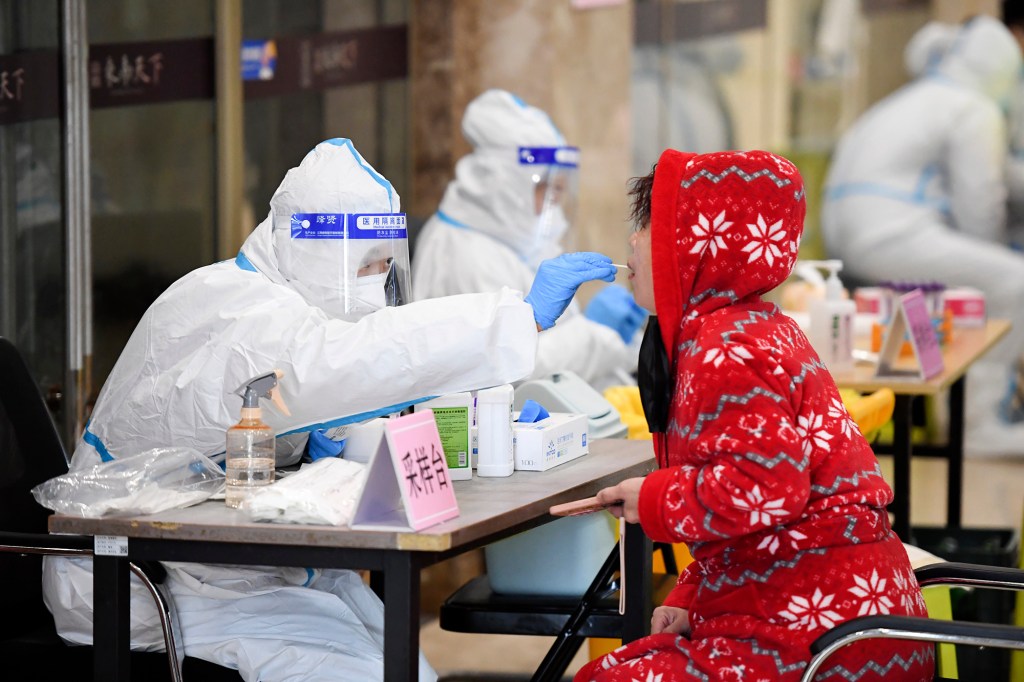 The northeastern province of Jilin accounted for 78 percent of the national total, China’s National Health Commission said. The nationwide total easily topped Saturday’s count, which was already a record for cases since the country’s first outbreak in early 2020 – sparking a fresh round of lockdowns.

“[The increase] showed that some local areas, facing a rapid rise of epidemic, lacked the capacity to expand medical resources, resulting in limited admission of infections to centralized facilities within a short period of time, ”a Jilin provincial official told a news briefing on Sunday.

Beijing has ordered its localities to stick to the “dynamic clearing” policy to keep virus case counts close to zero, prompting several localities to take measures such as canceling group events, launching rounds of mass testing and canceling in-person classes in school.

Authorities in Changchun, the provincial capital already under lockdown, have been conducting mass testing and working on turning an expo center into a temporary hospital with 1,500 beds, according to local official and state media reports.

The southern tech hub of Shenzhen reported 60 new local cases with confirmed symptoms for Saturday, the highest daily rise of such cases for the city since China contained the first outbreak in early 2020.

All nine districts in Shenzhen have halted indoor dining, closed a flurry of indoor entertainment venues and demanded that companies should have employees work from home from March 14-18 if remote working is possible, with exceptions for those in essential sectors.

Six officials with local government or Communist Party authorities in the southern city of Dongguan have been removed from their roles for doing a poor job in COVID prevention and control, state media said on Sunday.

China’s current case count is far fewer than those of many other countries, but the growing number could complicate its hope to suppress spread as quickly as possible.

The country, where COVID originated, is tweaking its testing regime in response to the spread of the Omicron variant, after having in the past two years required medical workers to swab members of the public using nucleic acid tests that require labs to process samples.

Health authorities said they would allow the general public to buy such kits in stores and online for the first time and on Saturday they approved five COVID-19 antigen kits made by local companies to be used for self-testing.

“In order to deal with how Omicron spreads, we need to promote a model of antigen screening and nucleic acid tests, enable the public to purchase tests by themselves, which is conducive to early detection,” Chinese Vice Premier Sun Chunlan was quoted by state broadcaster CCTV as telling a government meeting on Saturday.