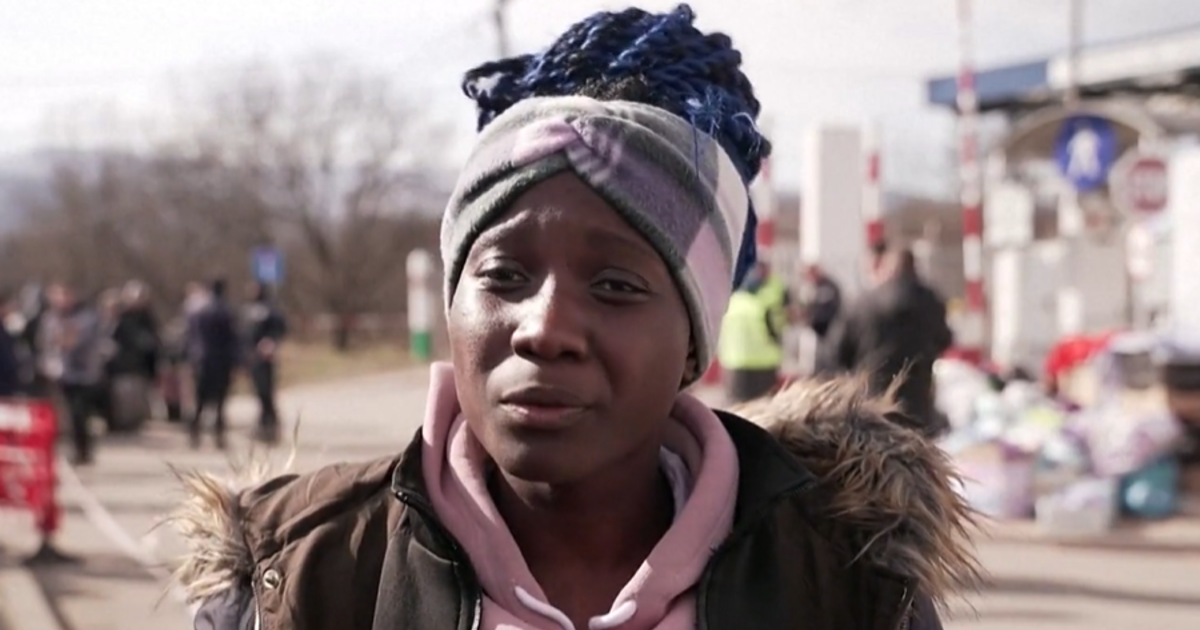 The humanitarian crisis in Ukraine has put a spotlight on alleged racism. The concern: immigrants from Africa and other people of color who call Ukraine home.

As millions flee Ukraine, there are accusations of discrimination toward these refugees.

In the United States, the issue has gotten the attention of the National Association for the Advancement of Colored People and the National Urban League, which signed a letter to the president of the European Union calling for fair and humane treatment for all.

From day one of the Russian invasionreports of discrimination at Ukraine’s border began to surface.

Another student, from Morocco, said: “We went to the train station and they will not let us in.”

“And when they did let us in, they were like, ‘You have to give us money because this is, this is not for free for you because you are foreign. This is not free for you,'” said Selma El Alaui.

On social media, some wrote it off as Russian propaganda. But Ukraine’s Minister of Foreign Affairs, Dmytro Kuleba, tweeted a video in early March saying an emergency hotline had been established specifically for African, Asian and other students wishing to leave Ukraine.

Historian Kimberly St. Julian Varnon has studied race, foreign policy and Russia for years and called Ukraine home back in 2013.

“It’s one of those things where, if you are a person of color and you work in Eastern Europe, and you research Eastern Europe, racism is not new, I mean, racial discrimination is not new, but to see it on display and being exacerbated by war, it was just really heart-wrenching, “she told CBS News’ Jericka Duncan.

Especially heart-wrenching, she said, when considering Syrian refugees who in December sought help at the Poland-Belarus border with little to no success.

“I think the key difference is race and ethnicity,” St. Julian Varnon said.

While social media has helped expose racial discrimination, St. Julian-Varnon said it has also been used by Russia to spread disinformation.

Students from Africa and other countries make up a small population. But as St. Julian Varnon explained, it is not OK for people to be discriminated against in this way. She is in touch with several students who made it to Hungary. She said many of them are now considered third-country nationals and have been told they must move to another country or go back home within 30 days.