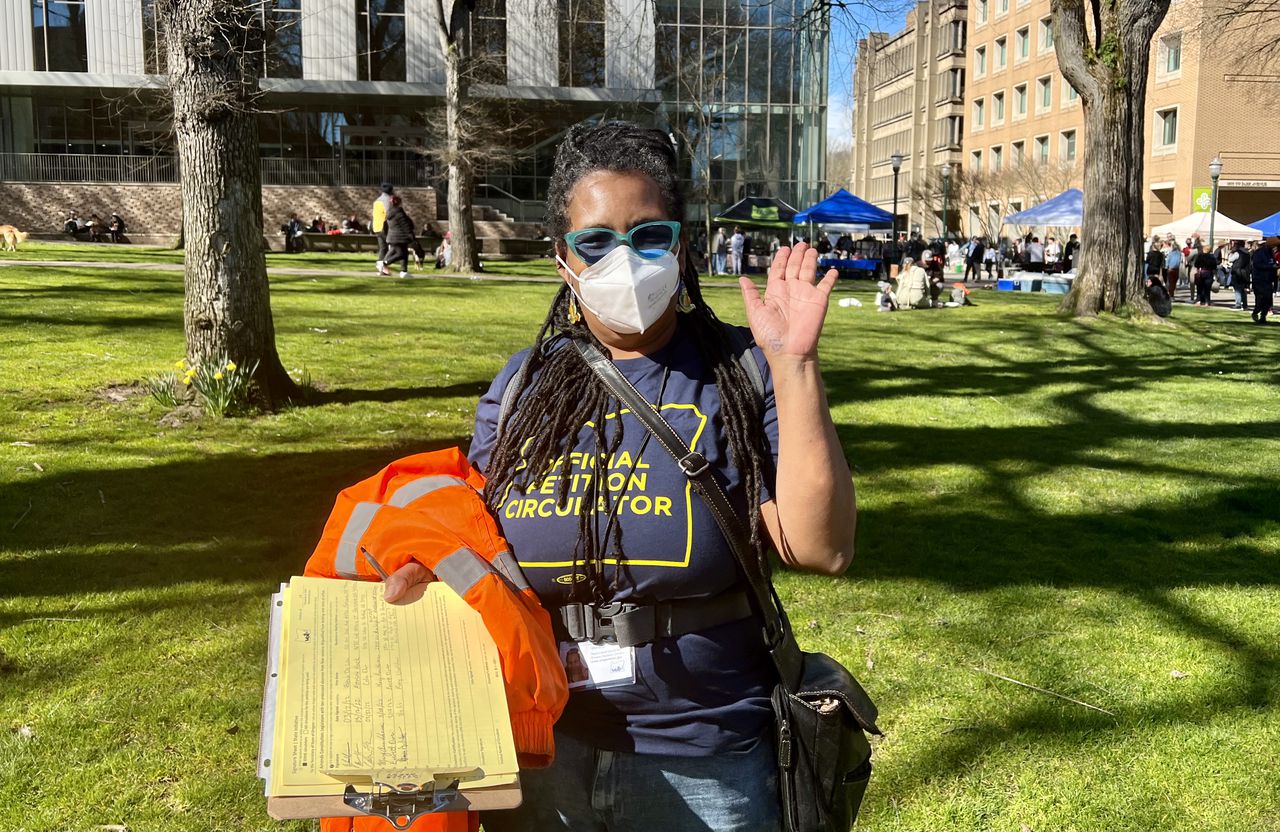 The mask mandate may be over – but for many Oregonians, face coverings are here to stay.

Both Oregon and Washington lifted rules on Saturday that require people to cover their noses and mouths while visiting indoor public spaces, making Hawaii the only state in the nation where such a mandate remains.

Hundreds of Oregonians gathered indoors and out without their masks Saturday in downtown Portland, with large swaths of the crowds at the Portland Farmers Market’s flagship Saturday event choosing to go maskless.

But not everyone is eager to rip off their face covering: Some recall the premature feelings of victory that led Oregon to rescind a previous mask mandate last summer amid surging COVID-19 case counts.

“Personally, I feel a little more comfortable wearing my mask, even though I know there are low transmission rates,” said Miranda Kerslake, who was strolling through the farmers market at Portland State University while her kindergartener chomped on an apple.

Kerslake, 35, remembered how she initially thought wearing a mask at her office would be burdensome. But she said masks just seem normal now.

“There are a lot of immunocompromised individuals in our community,” she said. “And that’s what’s driving us to continue (to mask).”

Mask mandates remain in place on public transit, including buses and planes, as well as in health care settings. But thanks to plunging numbers of COVID-19 cases and hospitalizations in recent weeks, the Oregon Health Authority says the state’s health care system has the capacity to handle any uptick in infections brought on by the mandate being lifted.

Not everyone finds that so reassuring.

“Now that the hospitals are open, they have got more room for people to be able to go,” said longtime Portlander Dorothy Wilson, 74, while gassing up her car in Northeast Portland. “I do not mind wearing the mask.”

The end of the mask requirement does not mean everyone should stop wearing one. State guidelines call for unvaccinated people – as well as those who are medically fragile, older than 65 or living in an area where the virus is spreading rapidly – to continue masking.

As of Friday, 261 people were hospitalized with COVID-19 in Oregon, down about 1,100 cases from the January omicron peak. The state is averaging about 400 new cases of the coronavirus each day, which is one quarter of omicron’s high point.

Alexander Flores, chair of the Washington County Republicans, questioned why Oregon lagged behind other states in removing the mask rule, but added that the voters he talks with understood it was important to respect business owners’ masking policies.

“There’s so many people, myself included, who are extremely happy that we’re finally moving forward,” said Flores. “We can finally see people smile.”

Yet there was plenty of evidence that face coverings will remain part of the urban milieu as a sunny Saturday morning drew throngs of people to the farmers market at Portland State.

“I’m still in favor of the mask at large public gatherings,” said Ray Willis, 72, who was scoping out the food and wine with his wife Patricia. “But I run every day, and I can not run with a mask.”

Thea Wendelgest, who was taking advantage of the ample crowds to gather signatures for a ballot initiative, said she likely would not have worn a mask outdoors if not for her job.

“But if I was in a closed environment, this would be on,” she said.

While some businesses are likely to maintain their mask rules, some of the city’s largest events, including Portland Trail Blazers games and Timbers and Thorns matches, will no longer require face coverings.

Beaverton resident Katie Mickelson, who described herself as a “huge” Timbers fan, said she would like to wear a mask at matches. But she was glad to be attending the Portland Art Museum’s new Frida Kahlo exhibit even if some attendees were maskless.

“If I can go out wearing a mask as opposed to staying at home – it’s fine,” said Mickelson, 79. “We do what we have to do for the common good. It’s not just about me. ”

Juan Sanchez, who traveled from Hillsboro to visit Pioneer Courthouse Square with his younger brothers and sisters, said he and his siblings will continue to mask up to keep their family safe.

“Keep wearing the masks and keep protecting yourself,” said Sanchez, 18. “Get the vaccine.”