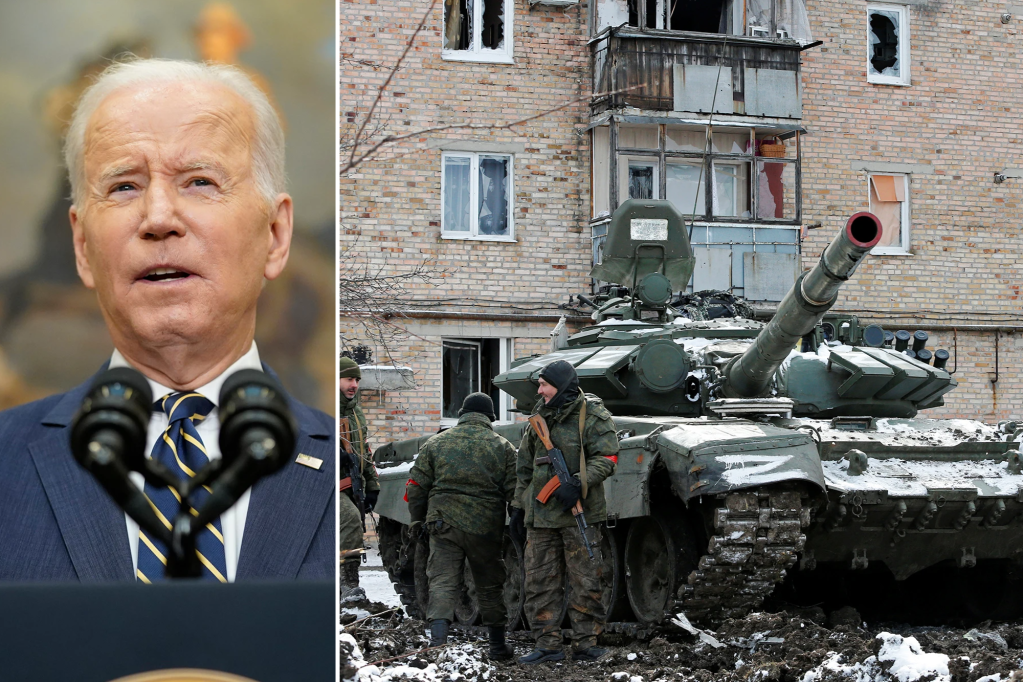 More than half of Americans believe President Biden has not acted forcefully enough against Moscow for invading Ukraine and would support a no-fly zone over the war-torn nation, a poll showed Sunday.

Americans – by 69 percent – believe that Russia will move to attack other European countries after Ukraine, while 31 percent think he’ll stop with Ukraine, the CBS News / YouGov poll found.

If Russia attacks another NATO country, 72 percent of Americans favor a US military response, while 27 percent oppose it, the survey found.

About 52 percent of the 2,088 adults surveyed between March 8 and 11 for the poll said Biden has not acted strongly enough against Russia.

Thirty-six percent say his actions are about right, and 12 percent think they have been too much.

Asked about establishing a no-fly zone over Ukraine, 59 percent said they would support it, while 41 percent oppose it.

But 62 percent are against a no-fly zone if US forces engage Russian troops and Russia considers that an act of war. Even then, 58 percent would still support the zone.

Among the group saying Biden has not reacted strongly enough, 65 percent favor even tougher economic penalties, 61 percent believe the US should send more weapons and supplies to Ukraine and 21 percent think the US should take direct military action against Russia.

The majority of those polled said they support sanctions against Russian oil even if it means US gas prices soar.

And while Biden’s approval rating for his handling of the crisis rose 5 percent points to 46 percent since last week: 63 percent said his actions have made them nervous; 54 percent, insecure; 33 percent, confident, and 32 percent, secure.

Americans by a whopping 77 percent say they are in favor of the sanctions against Russian oil and gas, with 23 percent in opposition.

Among those who would stick with the sanctions amid higher gas prices, 82 percent say they would do so to help Ukraine and punish Russia, 34 percent think it’s their patriotic duty, 26 percent note they do not drive much and 19 percent acknowledge they can afford to pay higher prices.

Broken down by political party, 84 percent of Democrats support the sanctions, as do 76 percent of Republicans and independents.

And while Americans say they will stick with the sanctions even if prices rise above the current $ 4.35 average price for a gallon of gas, according to AAA, a majority say the US should increase domestic oil production.

If the price at the pump keeps rising, 63 percent said they would back hiking oil and gas production in the US, 49 percent said the US should expand its use of renewable energy resources and 33 percent would be OK with importing more oil from the Middle East or South America.

The president has banned Russian oil imports, and along with Western allies, slapped crippling sanctions on Russian banks, Vladimir Putin and his inner circle of oligarchs that have decimated the ruble and flatted the Russian economy.

It has a plus / minus 2.6 percentage points margin of error.