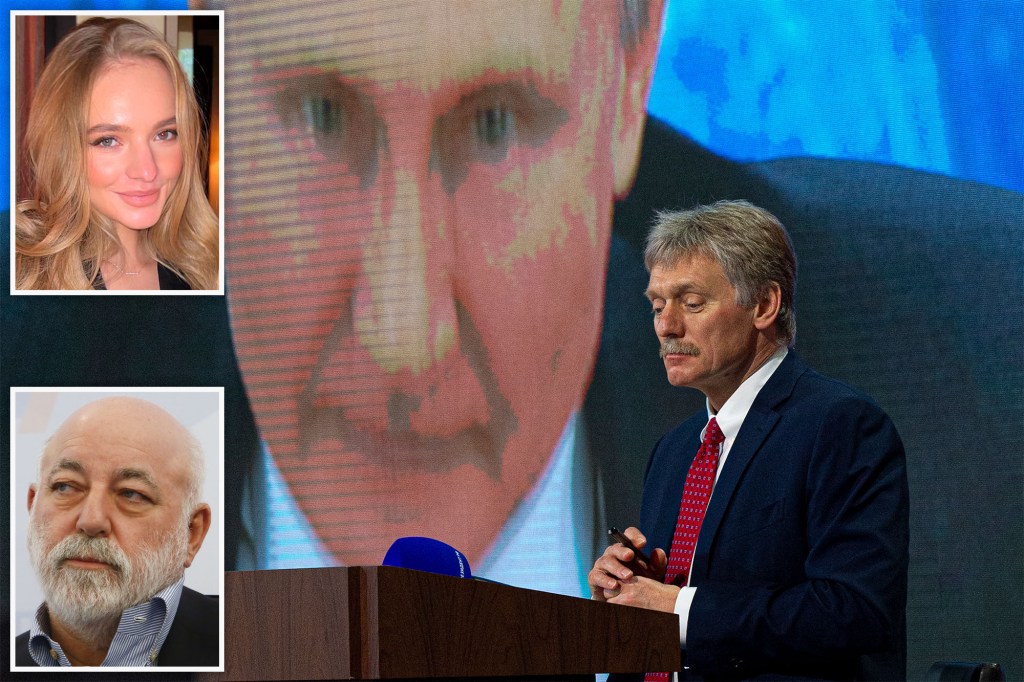 The US on Friday unleashed new sanctions on Russian oligarchs connected to the attack on Ukraine – including President Vladimir Putin’s spokesman and his family.

The spokesman and his family lead “luxurious lifestyles that are incongruous with Peskov’s civil servant salary,” the Treasury Department said.

His Instagram influencer daughter Elizaveta Peskova, 24, was among the family members targeted in the crackdown. The jet-setter had posted an anti-war message on her account last week before deleting it an hour later and setting her account to private.

Duma speaker Vyacheslav Volodin was among the lawmakers sanctioned for “facilitating the sham pretext used by Putin to justify the unprovoked war against Ukraine,” officials said.

The economic penalties also hit ten people on the board of VTB Bank, the nation’s second-largest lender.

Moscow had already blocked access to Facebook and Twitter and passed a law that made inaccurate reporting of the war punishable by up to 15 years in prison.

Crippling sanctions, including the ejection of Russia from the international banking system, have caused the value of the ruble to plummet since fighting began.