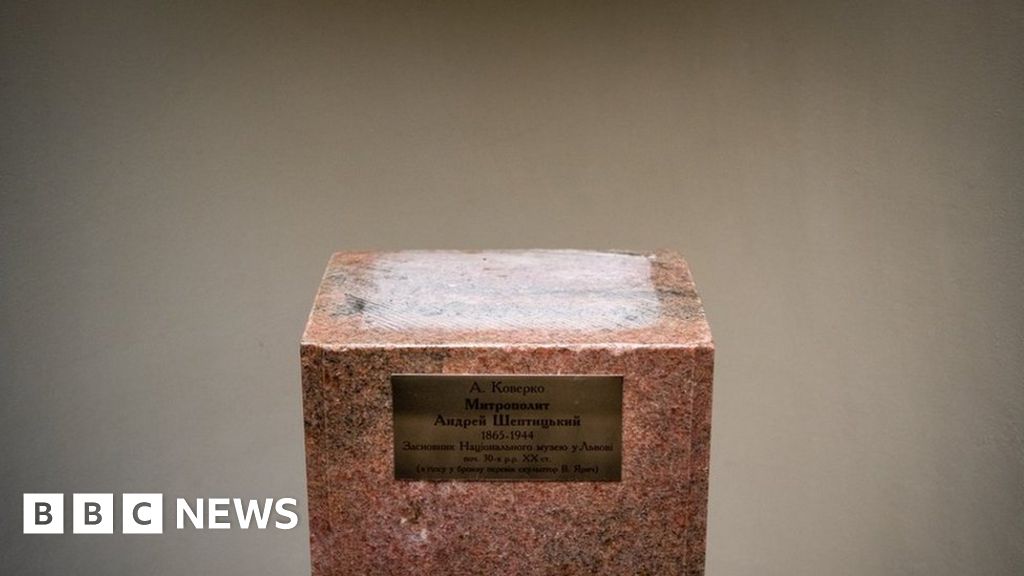 Ihor Kozhan, the director of the National Museum of Lviv – the largest art museum in Ukraine – took the BBC on a tour of its now empty rooms, which looked as though they had been looted. Climate-controlled display cases, usually home to artworks, icons and manuscripts dating as far back as the 14th Century, were bare.