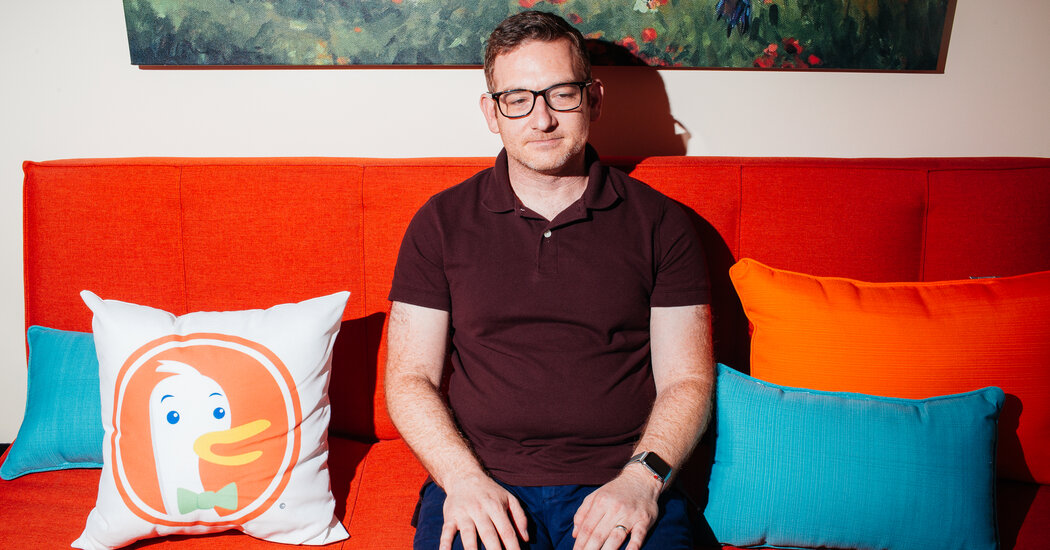 Far-right influencers have often encouraged people to use the small privacy-focused search engine DuckDuckGo instead of Google, saying that the giant search engine censored conservative ideas.

The praise for DuckDuckGo turned to outrage this week, though, after the company said Russian disinformation would be minimized on its site.

DuckDuckGo’s chief executive, Gabriel Weinberg, tweeted on Thursday that the search engine would rank websites “associated with disinformation” lower in its search results.

“Like so many others I am sickened by Russia’s invasion of Ukraine and the gigantic humanitarian crisis it continues to create,” he wrote.

DuckDuckGo has little control over its search results because they are provided by Microsoft’s Bing, which announced that it would follow the European Union’s order to restrict access to the Russian state news agencies RT and Sputnik.

But the criticism from the far right was directed at DuckDuckGo. The conservative website Breitbart said DuckDuckGo was “adopting the censorship policies” of Big Tech. In social media channels devoted to conspiracy theories, users vowed to switch to alternatives like the Russian search engine Yandex. The hashtag #DuckDuckGone trended across Twitter in the United States by Friday. And on YouTube, users criticized the company for silencing voices.

“If you’re using DuckDuckGo, I suggest you stop using it and switch to something else,” said Tarl Warwick, a self-described libertarian YouTube user with nearly half a million followers. He added: “I want tens of thousands of people to stop using it.”

In a statement, Kamyl Bazbaz, the vice president of communications for DuckDuckGo, said that the affected sites were engaged in “active disinformation campaigns,” meaning they were similar to other low-quality websites already penalized by search algorithms.

“This is not censorship, it’s just search rankings,” he said.

The backlash underscored the difficulties some technology companies face in limiting the spread of Russian propaganda at a time when pockets of America express support for the Kremlin and believe Big Tech companies are censoring their views.

DuckDuckGo controls about 3 percent of the search engine market in the United States. The site is especially popular among privacy activists because the company does not track its users, unlike Google and Bing.

The company also announced this month that it would pause its relationship with Yandex, the Russian search engine, which was providing certain links for results in Russia and Turkey.

Russia-Ukraine war at a glance: what we know on day 285 of the invasion | Ukraine